You are here: Home / Motorsport / 2019 / Future motorsport begins in Wales 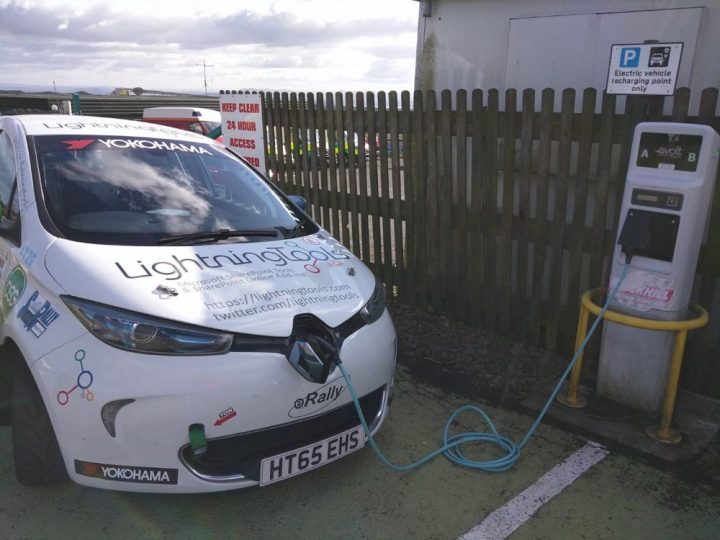 Rally fans will get a glimpse of the future for their beloved sport at the first Green Dragon EV Rally & Show in Swansea over the Bank Holiday weekend.

The ground-breaking eRally Zoe Junior Rally car will be displayed for spectators and team members will be on hand to explain this futuristic competition car and the technology going into it.

Scottish, BTRDA and BRC driver Ellya Gold developed the car with F1000 and Junior1000 founder Tristan Dodd when they saw how an electrically powered car would be well suited to single venue stage rallies.

EV enthusiast and amateur co-driver Jean Hay joined the team as Health and Safety Manager and they have been closely working with Motorsport UK to ensure the eRally Zoe met the tough safety requirements for competition cars.

This very close working between the team, Motorsport UK and experienced scrutineers ensured it obtained the compulsory “vehicle passport “document for rallying.

This collaboration meant marshals can be trained in the correct procedure for dealing with emergency isolation of the power pack and if necessary extraction of the crew following an off road incident.

Jean is an IMI Level 2 EV Technician and so qualified to do High Voltage Battery Lock Out and is also a health and safety professional and Motorsport UK Event Safety Officer/ Spectator Safety Officer/ first responder. 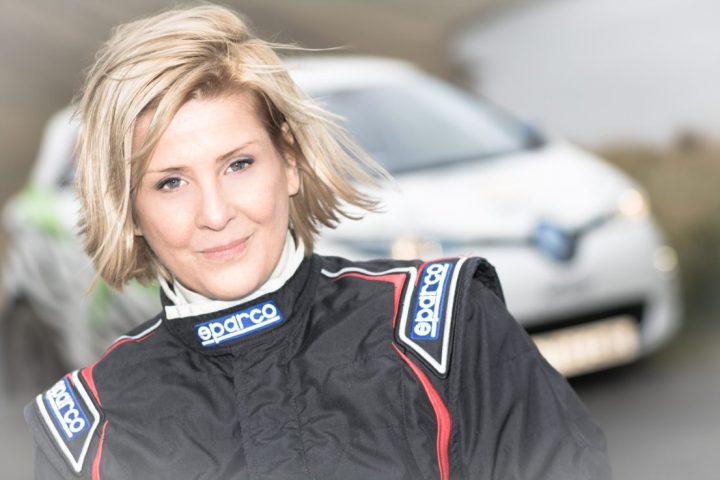 Jean said, “Throughout the whole experience we found Motorsport UK to be encouraging, helpful and interested. When rally preparing our Zoe, we adhered to MSA and FIA regulations for all the safety features including cage, seat, harnesses, electric cut off, fire extinguisher and high voltage warning signs.”

Since it was approved, the eRally Zoe has entered in autotests and then progressed to tarmac rallies in its development programme with a number of drivers and its even done a private test session on a gravel stage to evaluate aspects of performance.

For the Green Dragon EV Rally & Show in Swansea over the Bank Holiday weekend of 23 & 24 August the team will also be demonstrating another new feature, but that’s still a secret until the event. 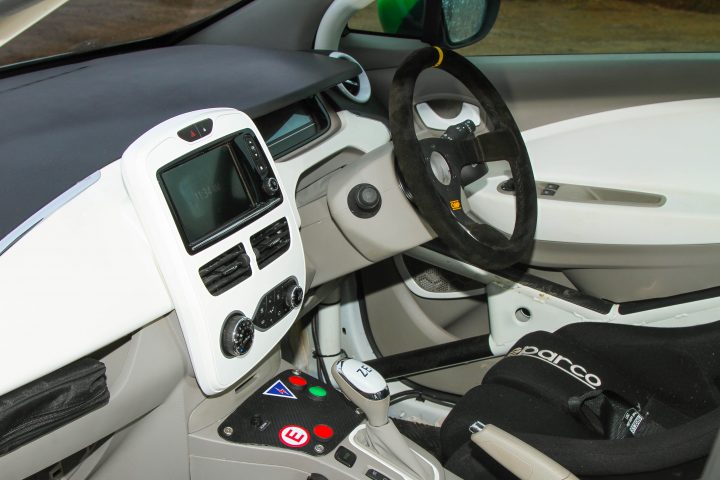 Ellya said, “ The eRally Zoe is a very exciting project to be involved with looking at the future of rallying. We have been fortunate to get the backing of Motorsport UK and the enthusiasm of the motor sport community, both professionally and at amateur level.

“We hope the public will come along to Swansea to look at the car, talk to the people behind the eRally Zoe and sit inside the car.”

The Green Dragon EV Rally & Show is being promoted by the newly formed Wales’ based Low Carbon MC, organised by Maesteg MC and supported by Swansea BID and Swansea City Council.

It comprises a near 60 miles road route from Castle Gardens through Gower with autotests included on private land and is open to anyone with a driving licence and using only electric or hydrogen vehicles on 24 August, after a Future Motoring forum in the Dylan Thomas Centre, Swansea on Friday 23 August.