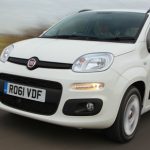 After 32 years on sale the new Panda by Fiat has matured and developed a more rounded look and generous proportions to meet the demands and desires of modern drivers. With 6.4 million Pandas sold in three decades and three series, it is undeniably a very popular model which drives from the heart of Fiat's soul for small, agile, comfortable, economical and versatile city cars. Rounded new shape … END_OF_DOCUMENT_TOKEN_TO_BE_REPLACED 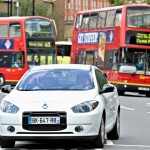 Despite the UK Government's £5,000 subsidy to each buyer of an electric powered new car sales have been underwhelming. Up until the end of 2011 only 1,082 electric cars were sold last year and there are only 2,149 electric cars which have gone onto our roads since 2006. According to official figures published at the end of last year there were 2,500 UK charging points available, not counting … END_OF_DOCUMENT_TOKEN_TO_BE_REPLACED 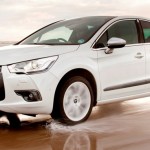 Citroen really set out to create a niche brand when it created the DS series. Starting with the D3, it added the DS4 last summer and immediately started winning praise and awards for its styling, particularly the interior. It is a clever move because without directly taking on the likes of Focus and Astra, the Citroen DS4 competes very well against them, albeit in a narrowly Stylish outside … END_OF_DOCUMENT_TOKEN_TO_BE_REPLACED 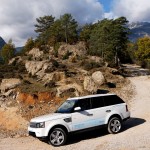 After it was launched in 1970, the Range Rover set a benchmark for luxury off-road travel and it's about to do it all again with the new generation of diesel-electric hybrid models due in 2013. Some may think of it as a mid-life crisis but that suggests uncertainty and panic and the sure-footed engineering and marketing of the Range Rover is anything but that. It is, however, Land Rover's … END_OF_DOCUMENT_TOKEN_TO_BE_REPLACED 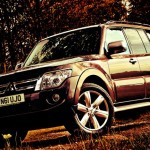 Probably the most famous model in Mitsubishi's passenger car range is the Shogun available in numerous generations since 1983. Also known in other countries as Pajero and Montero, the Shogun has in its time established worldwide the market for a heavy duty 4x4 positioned between the workhorse utility Land Rover type of vehicles and the premium brand large all terrain models such as the Range … END_OF_DOCUMENT_TOKEN_TO_BE_REPLACED 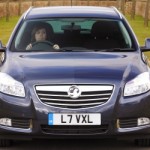 The Vauxhall Insignia is riding the crest of a wave and was Britain's best selling medium sized model in 2011. While most of its success has been built on its appeal to cost conscious fleet buyers and drivers, the more fortunate user-choosers and private owners can pick the Insignia Sport Tourer VXR Auto as their preferred version unless they really can afford the all singing and dancing VXR8 … END_OF_DOCUMENT_TOKEN_TO_BE_REPLACED 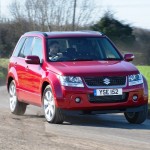 Now in its 24th year and with over three million sales worldwide behind it, the Suzuki Vitara is claimed to be the World's first compact SUV. Today the Suzuki Vitara is available in three and five door body forms and both body lengths are now labelled Grand Vitara. As part of the latest specification changes to the Grand Vitara Suzuki removed the spare wheel from the vehicle to reduce weight … END_OF_DOCUMENT_TOKEN_TO_BE_REPLACED