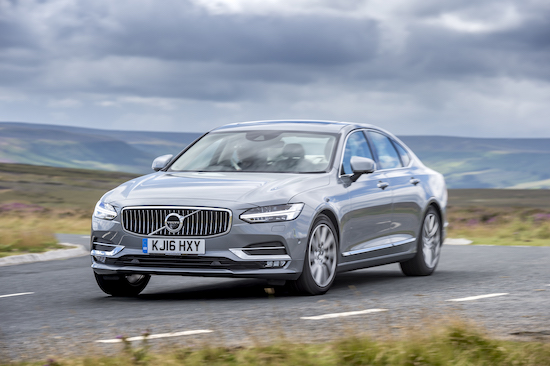 The new large premium saloon and estate models in Momentum or Inscription trims embody features from the XC90 with an emphasis on “relaxed confidence.”

They are the latest to be built on Volvo’s scaleable product architecture where the only fixed point is the distance from fascia to mid-point front axle and all other measurements are varied to suit the particular car. The saloon is 4.96 metres from nose to tail and has a 500 litres boot but a small opening while the similar length estate takes a minimum 560 litres rising to 1526 litres.

At the other end, the launch cars get a choice of the company’s Drive-E range of 190 or 235hp 2.0 litre diesel four-cylinder engines and 8-speed automatic transmission. A sporting R-Design is due soon and next year will see the addition of a petrol-electric T8 Twin Engine plug-in hybrid which does 28-miles from a charge.

The most powerful diesels use power pulse compressed air induction to boost the turbo-charger at low engine speed and quicken acceleration from rest and without any pollution. Volvo’s new wishbone front suspension and rear multi-link system with composite transverse leaf spring is used to give better feedback and aid roadholding and there are touring and sporting options.

A new concave grille inspired by that in the P1800 sets the new S & V 90 models apart and the light units resemble the forge-hammer silhouette adopted by Volvo on previous models. Inscription models get black and brightwork detailing.

Inside there is a lot of glass area and a big sunroof is available, lines are simple and clean with high quality leather and wood trim together with some chromed detailing and Bowers and Wilkins sound system. 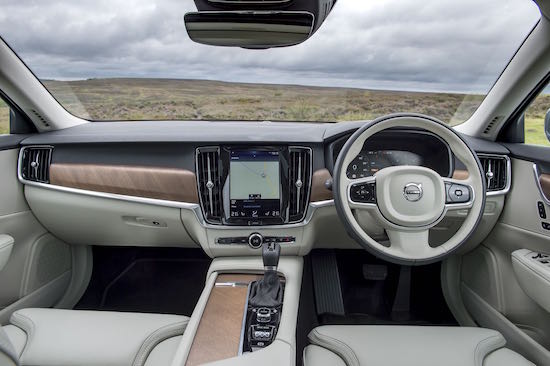 Volvo has made much of the new cars’ connectivity and telematics and there is a 9-inch central information screen with voice control which can be linked to the user’s mobile phone and Sensus wifi with downloadable applications to assist giving the owner remote data and enabling some features to be set up in the car from home or office.

The system also works with the garage to alert them to any issues and advise on checks or servicing and in emergencies acts as an automatic beacon for rescue services.

For the driver the new Volvos get enhanced pilot assist to keep the car centred in road lanes working with run-off mitigation and protection but it also for the first time has large animal detection built into the city safety feature to alert the driver to objects in the road apart from pedestrians and cyclists and significantly will pick up sheep or small deer.

Volvo will not be drawn on anticipated sales of the new series but believe it will make the models more attractive to executive car buyers and expect a roughly one-third split between Momentum, R-Design and Inscription models as the full series is introduced by 2017.

The last V70 estate held eighth place and the S80 was 13th in the table of popular premium cars but with the new models, Volvo in Britain expect the estate to climb to fifth place and the saloon to eighth position.

Within those sectors the front wheel drive versions are likely to take 70% and AWD some 20% with the forthcoming T8 Twin Engine just 10%. 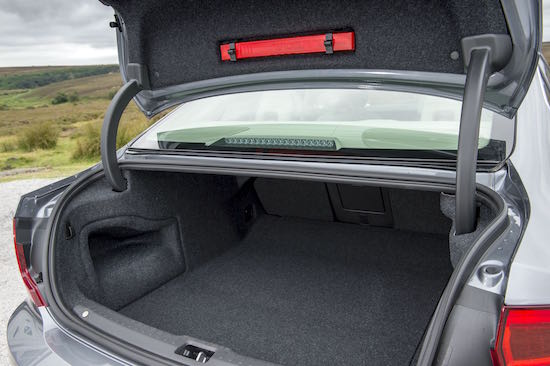 Stefan Sallqvist, senior product manager for the new models, said that the newcomers were not meant to be as dynamically challenging to drive as some rivals but Volvo sought to give drivers “relaxed confidence” behind the wheel.

“Our all new suspension and assistance systems set industry leading standards of safety, building on our reputation for safety first.

“The front wishbone suspension and rear multi-link system with transverse composite leaf spring make the cars very comfortable and highly controllable so a driver can feel a gentle roll through bend and not a sudden change of attitude,” he said. 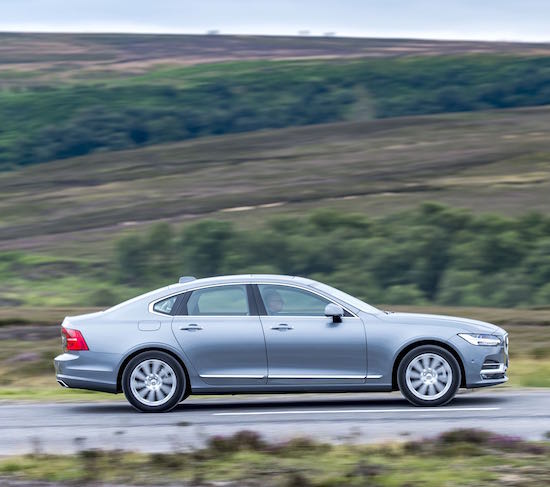 Volvo built its reputation on safety for occupants, now it’s extended that to saving sheep.

Volvo and the RSPCA should join forces with the new pilot assist system on the 90-series fitted to warn the driver of sheep and deer on the road and automatically slow the car to reduce injury or death.

It is one of the latest features developed for the new range of saloons and estates, alongside camera systems which keep a car in the middle of a road-lane, and alert emergency services if you have a bad crash.

Systems also monitor the car’s health and send information to your garage if something needs attention or its due for a service.

The technology is brain-bashing in its abilities but fairly easy to use, even if a little frustrating at times when the lane-watch switched off momentarily passing cones on a motorway hard-shoulder.

We tested both saloon and power-pulse boosted 2.0 litre diesels, and found the latter much more responsive and a better unit in the near 1,700KG cars. The standard D4 engine is good make no mistake, but the D5 is sharper, although it also proved thirstier at 36mpg overall compared to nearly 43mpg in the stablemate.

Gearchanges were smooth, the ride occasionally firmer than I expected, but the steering needs more feeling put into the system for this driver. Brakes were excellent. 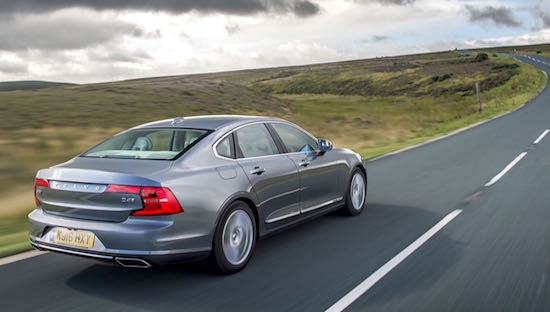 Whether you go for saloon or estate you’ll not be shortchanged on space as they are both very roomy throughout but the four-door’s boot opening is not large despite it having a big capacity. The overall impression it left with me is that this is a very safe car, especially for sheep.

Against: Felt heavy and big in country lanes, lacked mid-range punch and hard riding over some roads.