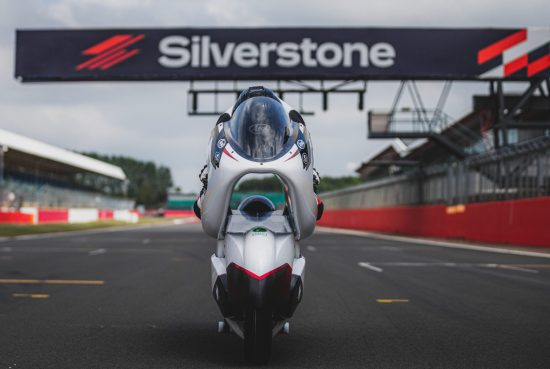 Company founder and Chief Executive Officer Rob White will use it in attempts to break both the British and world electric land speed records over the next 12 months in Britain and Bolivia. The WMC250EV high-speed demonstrator, White’s brainchild, is more than two years in the making.

It heralds a new chapter in the evolution of motorcycle technical development with groundbreaking aerodynamics and two motors in the front wheel hub and two on the back wheel.

Rob White aims to top the 197mph of the late Zef Eisenberg on his way to an average of 185mph and the latest attempt on the UK speed is likely to be in the north of England in the autumn, but its still to be decided.