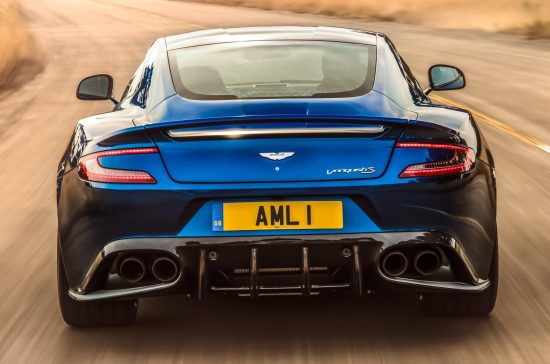 Aston Martin has turned up the heat on it’s ultimate Super GT to create the new Vanquish S.

Sharper styling, greater potency and increased athleticism define this latest evolution of an illustrious model line that originated from Aston Martin’s legendary Works in Newport Pagnell and has proudly served as standard bearer for the marque’s sporting and stylistic values since 2001.

In this, the second generation Vanquish’s evolution to S specification, careful attention has been paid to the engine, chassis and aerodynamics to create a machine honed to deliver more intense thrills and even more scintillating performance.

Central to this is the naturally-aspirated 6.0 litre V12 engine, which now produces up to 600PS, up from 573PS and enjoys sensational throttle response, thanks to a revised, freer-breathing intake system. These larger volume inlet manifolds allow a greater volume of air to flow into the engine at high revs, creating a relentless power delivery and a stronger feel all the way to the redline.

Building on this increased intensity, the calibration of the 8-speed Touchtronic III transmission has been revised to deliver faster gearshifts and greater refinement at low speeds for a greater sense of precision and immediacy.

Likewise, the suspension, damper internals, spring rates and anti-roll bar bushes have also been re-tuned to give the Vanquish S a keener edge in the more sporting suspension modes, without compromising its ability to deliver supple ride quality on demand.

Visually the Vanquish S can be readily distinguished by a new aerodynamic package. Fashioned from exposed carbon fibre, this revised front splitter and rear diffuser combine to deliver a meaningful reduction in frontal lift with a minimal penalty in additional drag.