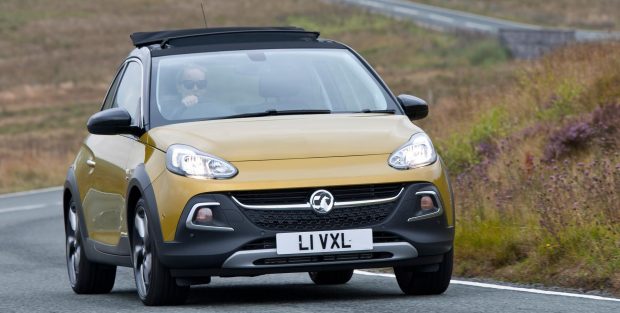 “A car says a lot about you” is an expression which can be applied to nearly everyone and that’s really true about the Vauxhall Adam Rocks Unlimited.

After the introduction of its new Adam city hatchback car for the second decade of the 21st century, Vauxhall set about making it highly individual and added the fabric roofed Rocks Unlimited series.

With that came the ability to pick and choose from the very extensive options and pack list to create a model that goes a long way to being “your” car.

Essentially, there are nearly 30 models in the Adam range of hatchbacks and what they term ‘crossover’ based on three trim levels which are developed into the more personalised Rocks and Rocks Unlimited series. Using 1.0, 1.2 or 1.4 litre engines from 70 to 150ps you can really individualize a model to taste from a very wide range of equipment options priced from £12,880 to £19,725. 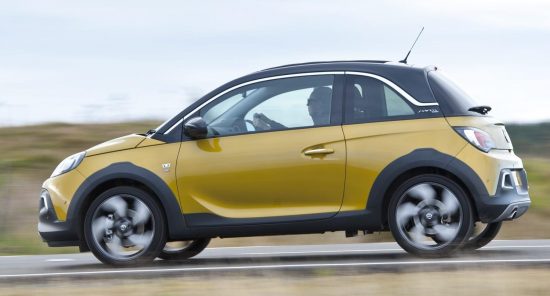 The fitting of the On-Star navigation and personal assistance system is very highly recommended as it can even help if your vehicle is stolen.

It’s all about being seen in the Adam Rocks Unlimited and I can guarantee you’ll get noticed, particularly if you have bright colour paintwork, as I did. 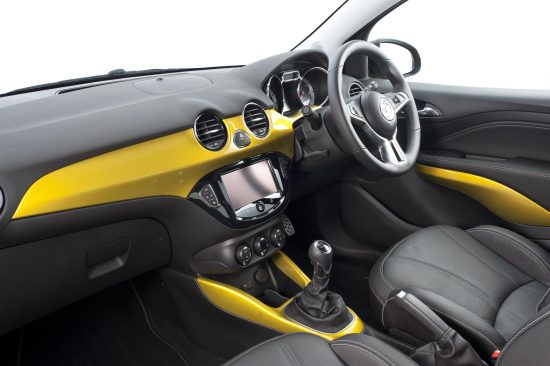 Our test car had the highly popular sub-litre 115ps triple cylinder petrol engine with a six-speed manual gearbox and it was fine for around town use and when two-up on open roads but squeeze, and I mean squeeze in, rear passengers and its noticeably working harder and slower.

Its ecoflex power delivery and stop/ start ignition system really made the most of the power and economy   potential. You can get away with the small engine in town because it’s a lively and responsive unit with near instant pick up from lights and with a moderately heavy foot I managed a respectable 44mpg overall, even seeing it approach 50mpg on open roads at times when cruising.

The slick, compact gearchange can be well used to make the most of the power and 170Nm at 1,800rpm torque and you will not really be left hunting for a ratio to maintain progress in any situation. Just plan ahead.

I really liked the power steering feedback and turning circle, and with the reassuring brakes underfoot it was effortless and fun at the same time. 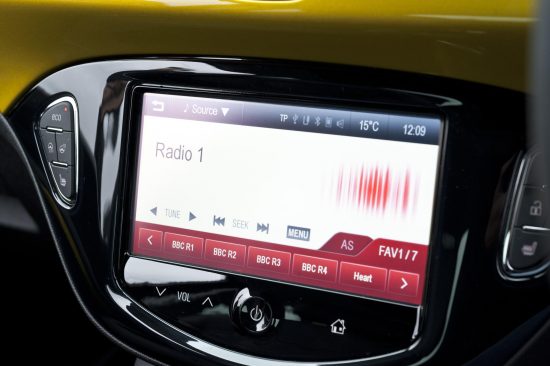 Secondary controls were all grouped on the wheel-spokes or close to the driver with a good-sized infotainment display screen as well as simple but clear instruments on the fascia. Air conditioning was straightforward and effective in the small cabin, the quickly folding fabric roof welcome on warmer days.

Our test car had the expensive advanced park assist system and I doubt its value on such a small car, but it may please some drivers and keep the attractive body pack damage-free. 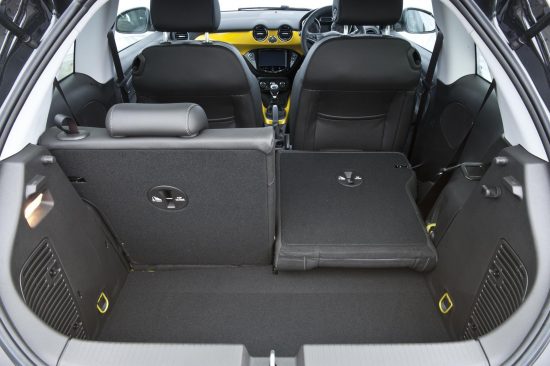 Oddments room was modest in the cabin and most items would end up on the empty back seats or rear footwells. The boot was small unless you removed the parcel shelf or gradually extended capacity by folding the rear seat backs to be more useful. 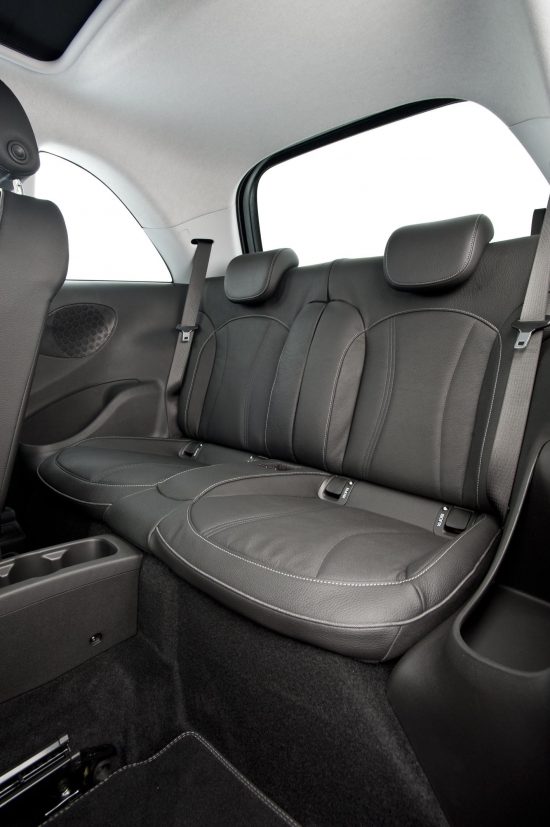 Access for driver and front seat passenger was very good but those in the back had a job to slip into their seats and found leg and headroom was tight. It may be ok for children but would be a source of complaint from teenagers or adults.

Ride comfort was surprisingly good for its 2.32m wheelbase, only severe bumps were felt, and it had little body roll or pitching on bends and during acceleration or braking. You could hear the system working away however and this detracted from its refinement.

Handling was responsive and surefooted irrespective of the road beneath the tyres and it could be deftly placed on twisting sections or even just slipping into a small parking space.

There was a small blindspot hidden behind the rear three-quarter panel but generally it had big windows and good wipers as well as bright LED bulbs for safety at night. 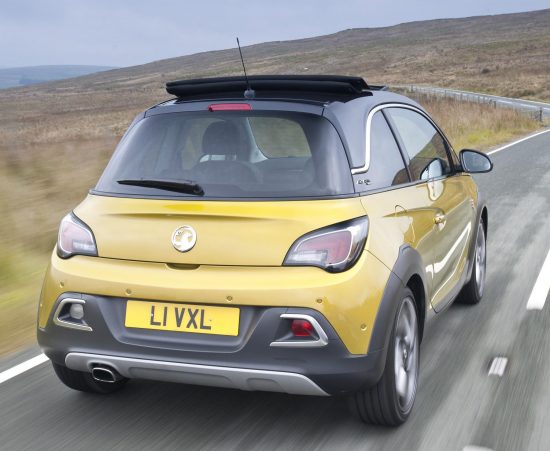 With a very high level of personalisation the Vauxhall Adam Rocks Unlimited is an attractive car, but you need to carefully pick the features you want, and then you’ll really enjoy it.