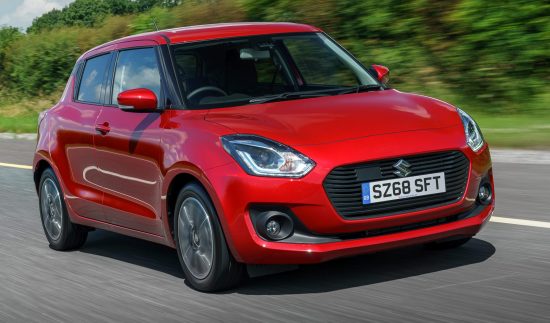 Heavy rain, snow showers, ice and mud can combine to make any possible winter journey an impossibility unless you have a big and expensive 4×4, or you cannily drive a Suzuki Swift SZ5 Allgrip.

This is the hatch that’s a match for many winter road washouts or white-outs. What’s more it will not break the bank or cost you high maintenance bills for just a few weeks work when really needed.

Then, when you don’t need to utilise its Allgrip or 4×4 firmness, you can relax and enjoy its competitive urban commuter qualities.

Suzuki has a big reputation in the 4×4 sector thanks to its Jimney, S-Cross and Vitara siblings and using their experience etched into the compact Swift gives the little city car a dual personality, ideal for the UK’s changeable weather.

The very popular Suzuki Swift series comprises seven models with 1.0, 1.2 or 1.4 litre petrol engines including electric booster on the mid-range series which qualifies for a lower annual duty, automatic availability on the smallest, four trims and priced from about £12,000 to £19,000.

We were impressed when we first drove the facelifted Swift series in the summer of 2019 but this winter meant we could test its fuller potential on mud and flood washed roads. 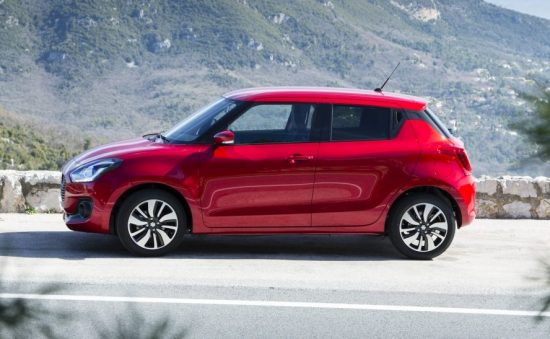 While you don’t have the ground clearance of traditional 4×4, the ability to instantly weave around obstacles or potholes and traverse muddy tracks and keep going with each wheel pulling or pushing you along was really useful.

Reading the road is really important in bad weather and can mean the difference between disaster or a destination reached with minimum delay and damage.

The Suzuki Swift SZ5 Allgrip is towards the top end of the series and is reasonably well equipped for a car of its size with a good range of safety and driver aids. My disappointment was really confined to the small display for the driver and the lack of a sixth gear. 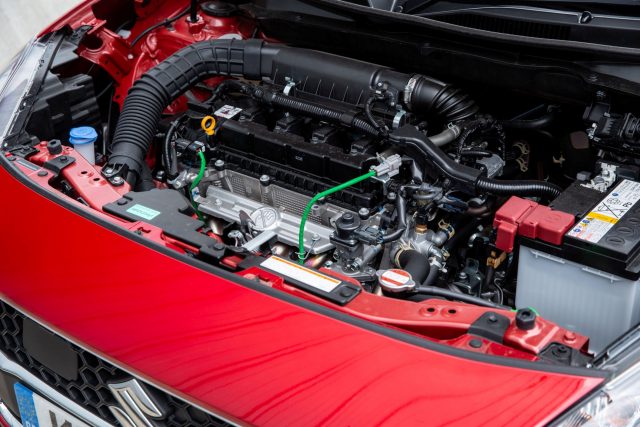 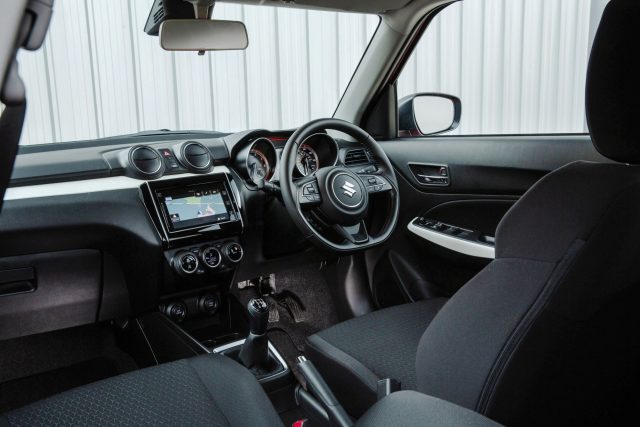 The powertrain is the well proven 1.2 litre four-cylinder petrol engine with assistance from an electric generator when needed and it gives the car useful acceleration for overtaking or when loaded.

It’s a very willing engine quick to start up and eager to get going, but you sometimes find it running out of steam and a very busy engine note creeps in when a sixth gear would have dumbed it down and improved the economy.

The fuel consumption was modest most of the time but would have been better with more than five gears to hand. Certainly, the light clutch and neat change action meant it was effortless in traffic, but it became a bit tedious on main roads and motorways.

The brakes were well up to their job, with light  pedal pressure effecting a quick controlled stop and the parking brake was good on a slope.

I liked the steering effort and turning circle although thought it was a bit too light and sometimes vague at speed, but it did not suffer from vibration or kick-back over bad roads. The steering wheel is tilt and reach adjustable for convenience. 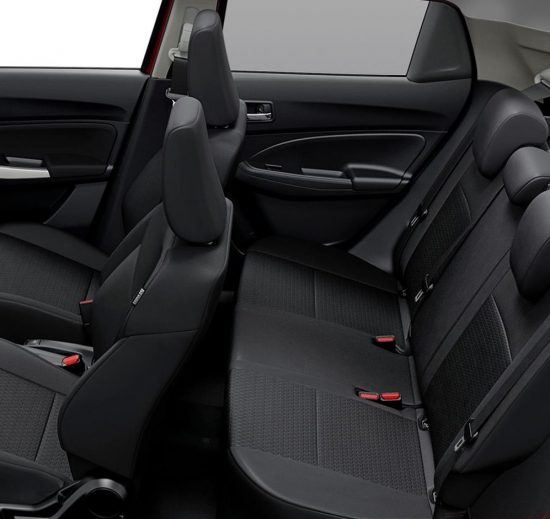 The suspension let me know how hard it was working by its noise and travel limits. It’s a slightly firm ride with some body roll and the short 2.45m wheelbase can struggle to absorb consecutive bumps, deeper potholes or ridges in the road and they will be felt inside.

The handling is responsive and surefooted nevertheless, with the system keeping you out of serious trouble thanks to its drivetrain and stability programme.

Secondary controls are close to or on the steering wheel, work well and you have four powered windows, air conditioning, pollen filter, intermittent big wipers both ends, LED and Halogen lights with a reasonably long beam and powered and heated door mirrors. 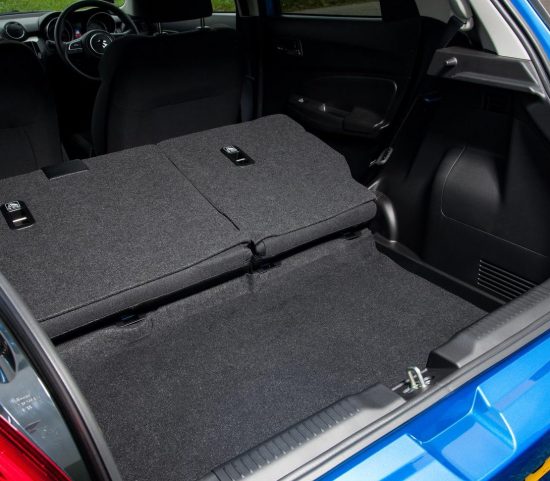 For a family car its not really lacking in oddments space anywhere, even if the individual compartments are on the small side while the boot has a high rear cill and is fine for shopping or small loads with a convenient 60:40 split rear seat which quickly folds down, but not entirely flat. There is good visibility with a low waistline, big glass area and a nifty reversing camera for those tight spaces the Swift can be slotted into with confidence.

As stated, it’s really continual road rumbles and occasional engine noises that intrude because wind and other mechanical noises are low. Driven with a light food over good roads it was quiet. 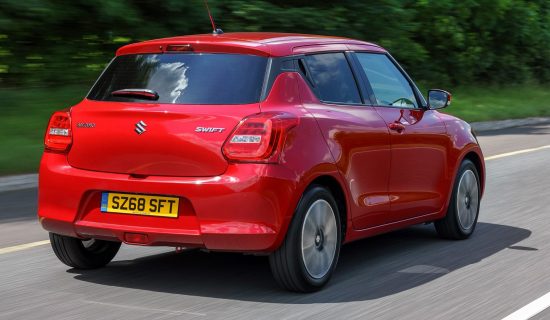 We did see well over 50mpg at times after some trips but it also sank to the low 40s when pressed to speed up or cope with three people aboard, so it was a realistic average achieved and very close to the new WLTP figure required from April 2020.

As it stands, the Suzuki Swift SZ5 Allgrip is a good all rounder for anyone who does not need to have a lot of space for people or luggage and wants a city car which has to cope with country roads in the winter as well.