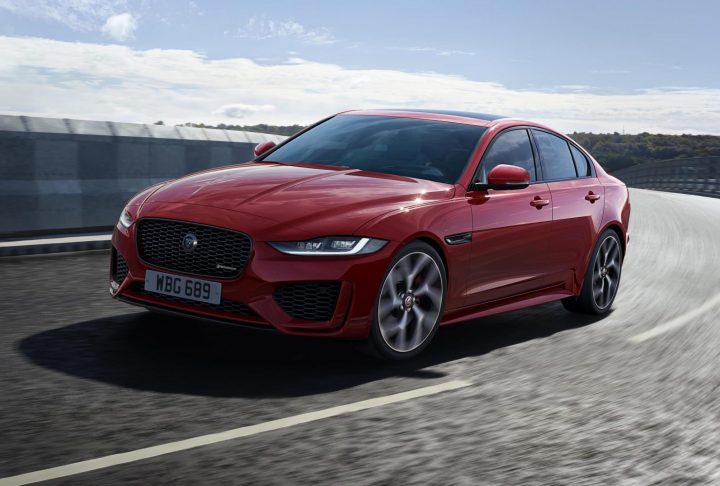 You have to admire Jaguar, which has gone through tough times yet always produces some head-turning desirable cars.

The latest XE is a good case in point offering a very broad range of eye-catching four-door saloons in rear and all-wheel-drive pitched against German rivals as well as Swedish saloons.

The range explained: There are approximately 50 models in the four-door range spread over eight trim levels with rear and all wheel drive, petrol or diesel engines, six-speed manual or eight-speed automatic transmission  from £31,500 to £45,835, but the flagship 600hp 5.0V8 is a staggering £150,000.

The latest XE features seriously uprated front and rear end styling, the very latest info graphics and fascia displays and all new interior changes while the diesel is the first in class to meet tough new NOx emissions laws. 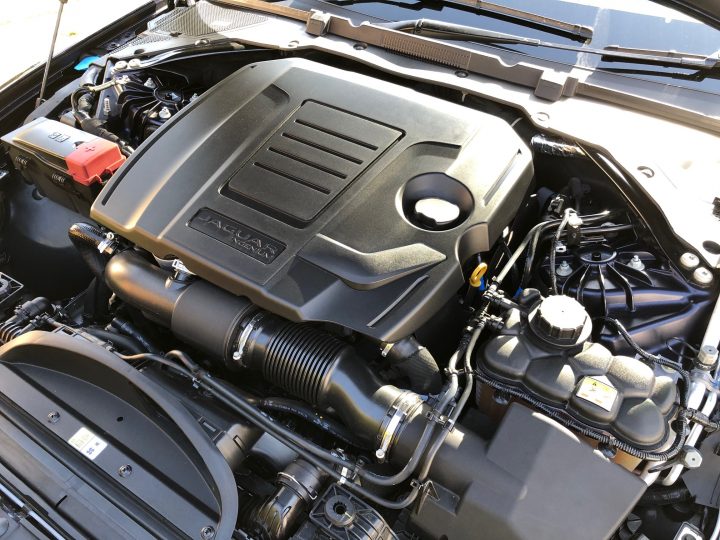 It also had a manual sequential feature as well as low traction, eco, comfort, dynamic and ‘track’ modes which really meant you have more than one car underfoot and in your hands depending on how you like to drive in particular situations or on stretches of road.

An immediate starter, the engine pulled eagerly once out of eco or comfort modes, changes were snappy but smooth and the powerband was broad when you wanted it to exploit opportunities. Changes could be taken as desired in hand or left to the automatic’s own settings and it was reasonably frugal with fuel. 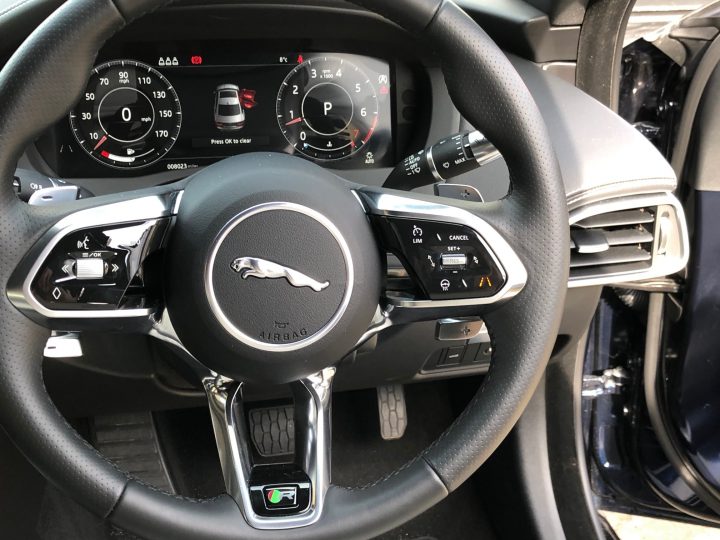 Steering firmed up with the chosen sporting modes but it always remained vibration-free, with a good turning circle and it really let you wind on lock while the handling and roadholding meant it all stayed firmly planted on the road. Ease off mid-corner and there was no drama, just a neatly executed firming of line around a bend.

I felt reassured by the powerful all-disc brakes which needed only modest pedal pressure to bring about a controlled and rapid slowing or stop and never seemed to fade and the offside fascia pull parking brake worked well on our regular test slope, easing off as you pulled away.

The most commonly used secondary controls are on a multitude of stalks behind the steering wheel and its spokes carry other buttons for media, phone or cruise control. It’s a very packed steering wheel in fact. 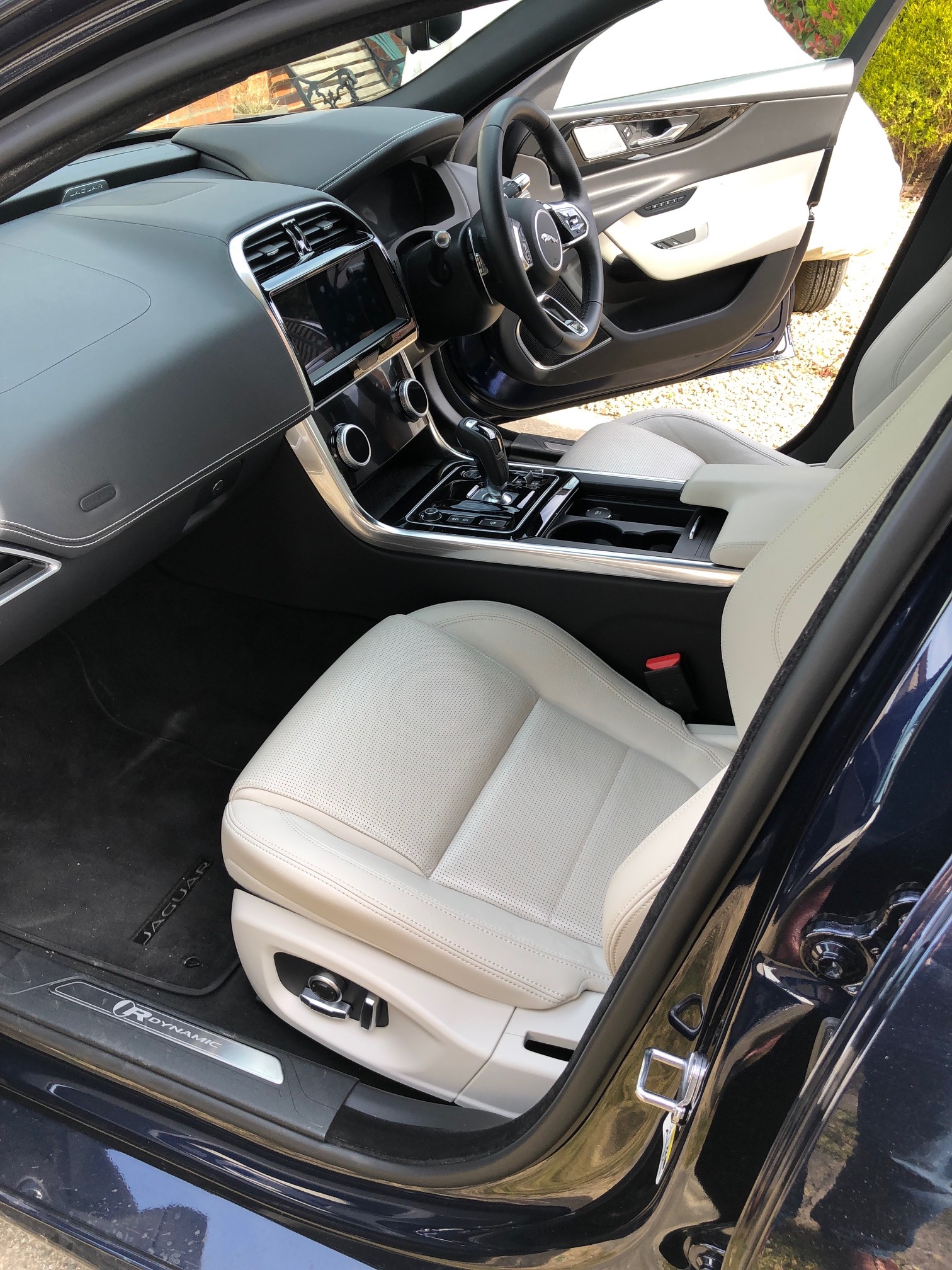 There are some more switches on the transmission tunnel or the right of the wheel on the lower edge of the fascia but most supplementary switches are part of the two central infotainment screens in the mid centre fascia. I did not find it a very straightforward system to work through, the navigation in particular did not appear user-friendly to me.

Heating and ventilation included, on the test car, seat and steering wheel, which were welcome on colder nights and it worked quickly with good control and output distribution backed up by powered windows but no sunroof.

Oddments room was very tight in the front and back with modest sized places to store items and the boot was reasonable but not huge. 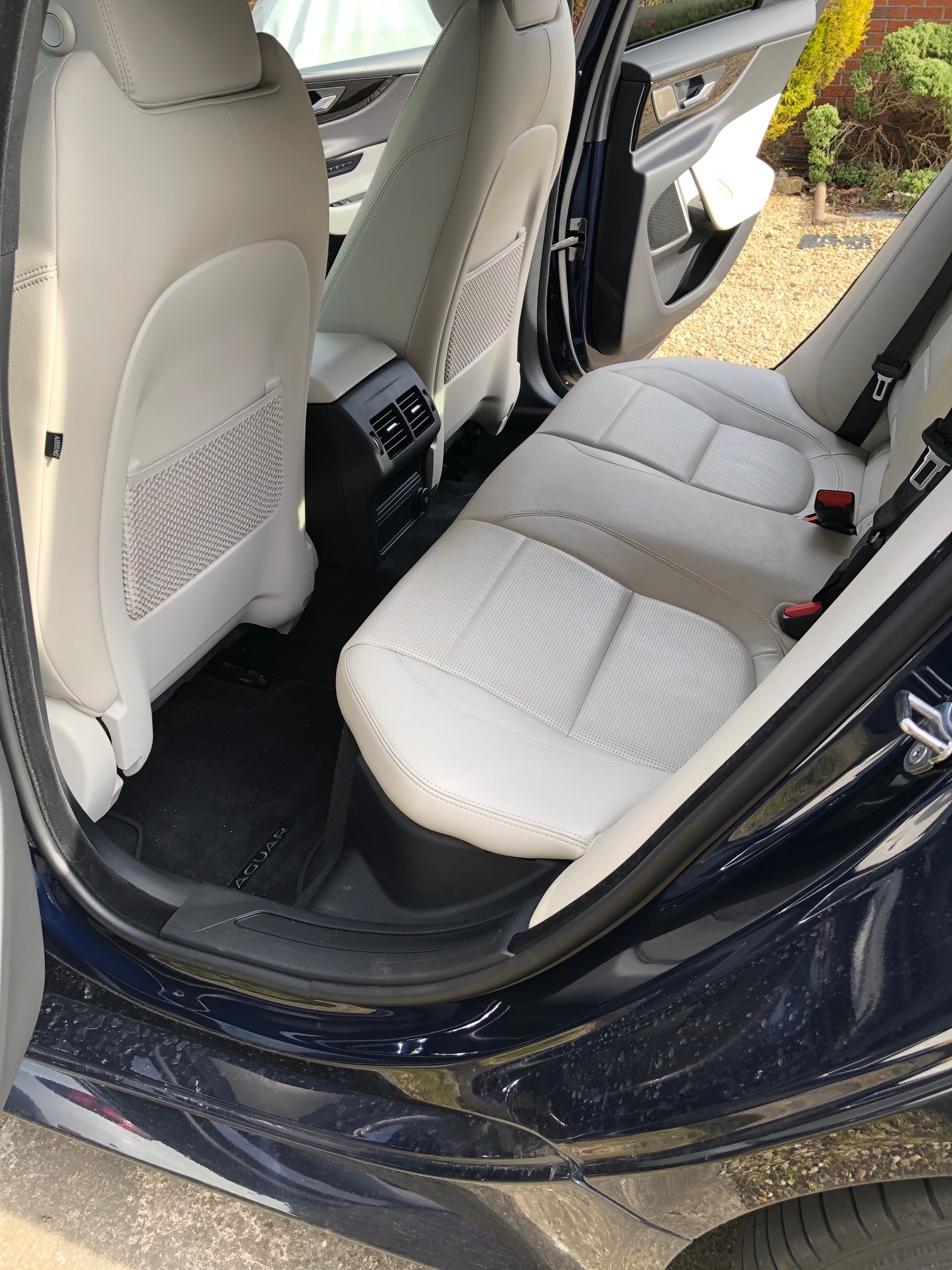 Turning to room for occupants, it was a tight fit in the back with legroom being particularly short if you set up the front seats for a six-footer. Headroom was adequate. The front seats had a good adjustment range and all were very well shaped, located occupants and gave excellent support under the legs and around the back. Leather coverings were of a very high quality and neatly stitched. 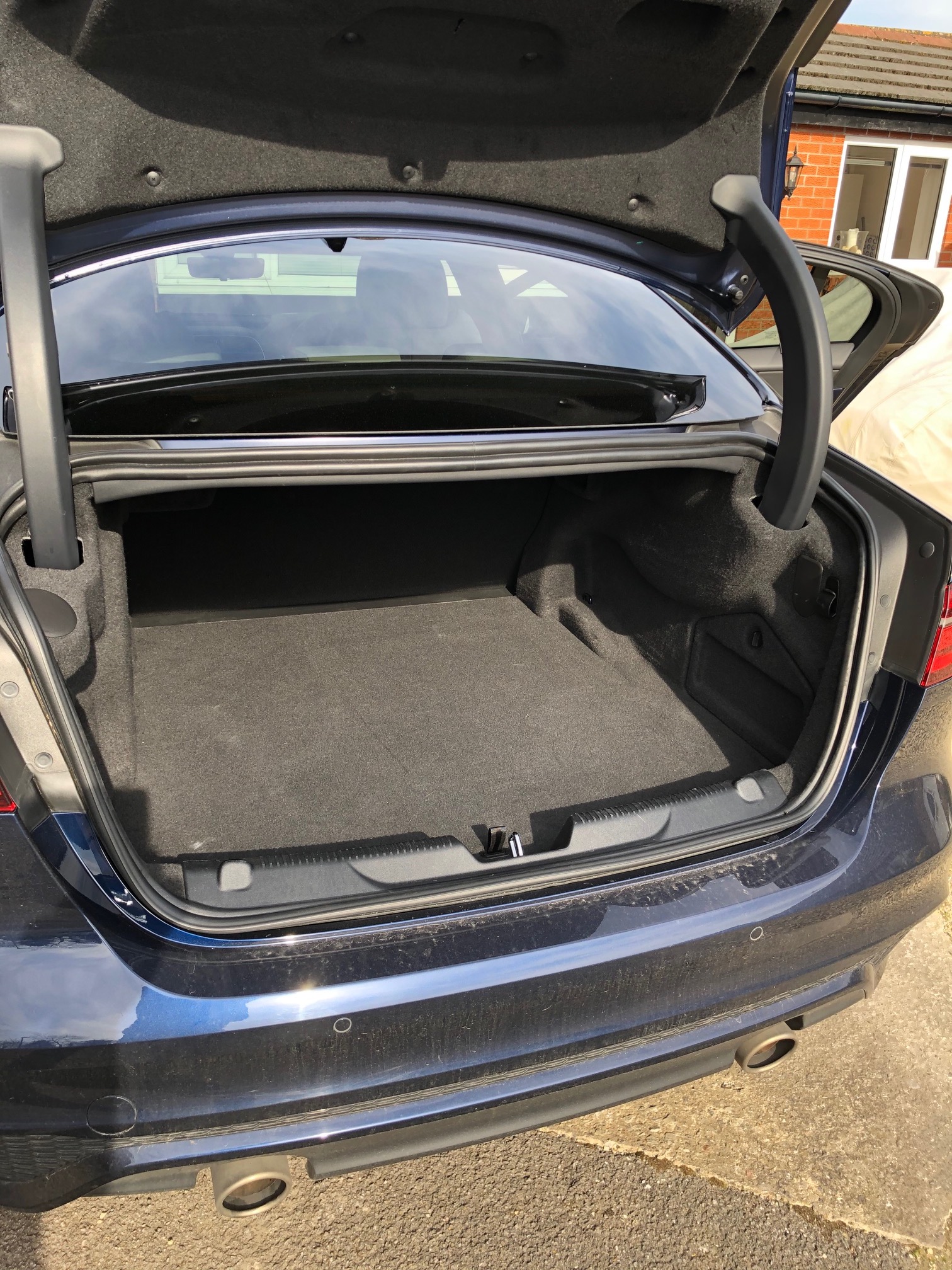 Noise levels were muted from all sources, the most persistent but not really intrusive was the road rumble and suspension bump-thump. Wind noise was extremely low and the engine and exhaust notes were modest, rising slightly with revs.

Combine this aural refinement with the sophistication of the chassis, its overall smoothness and agility and you have to my mind a highly desirable saloon with sporting potential and ability for those who want to exploit it.

There was something so pleasing in the Jaguar XE P250SE R Dynamic that it reminded me of the best of older models, but delivered in a modern manner which really is admirable and highly desirable in an age of so many cars being anonymous and this stands out as a result.