Among the Japanese automotive brands, Honda stands out as being a bit different, not afraid to have a go at something while remaining fiercely independent, even if it tends to change its mind from time to time.

One of the enduring models in its UK lineup for two decades has been the Jazz series of supermini’s, which morphed into the Jazz Crosstar crossover model, effectively a taller hatchback a couple of years ago. 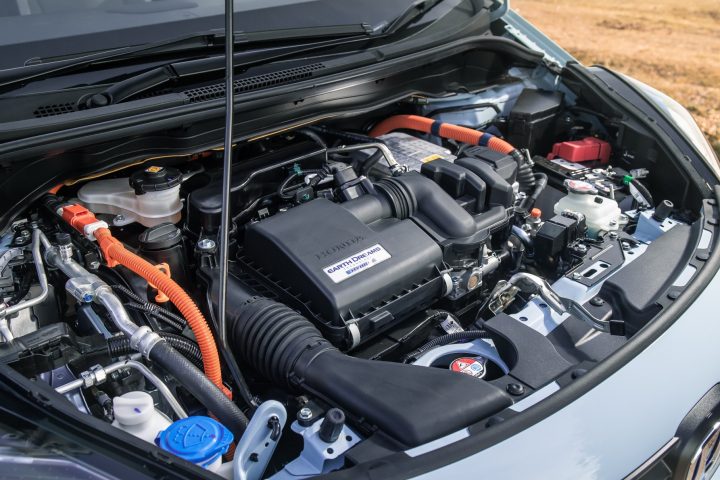 Ironically the taller car comes with less luggage space than the Jazz hatchback but mechanically they are identical, all hybrids with CVT boxes underhand. It’s only front wheel drive.

Three modes begin with the default electric drive from two motors for rapid getaway and near silent cruising until the battery is exhausted and the car switches to petrol power to continue while charging the system and at high speed the internal combustion engine does its own thing at higher speed. 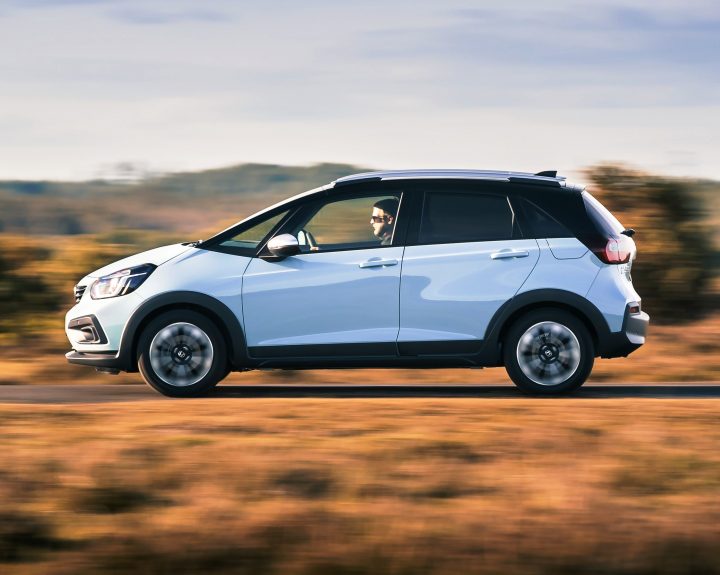 There is no need to plug in and recharge the battery as the system does it and it seamlessly switches modes to optimise economy and balance with power demands from the driver.

In use, the system worked really well with immediate power delivery, smooth take up and transition between modes and when power was needed it came quickly. We easily achieved mid-50s petrol consumption. 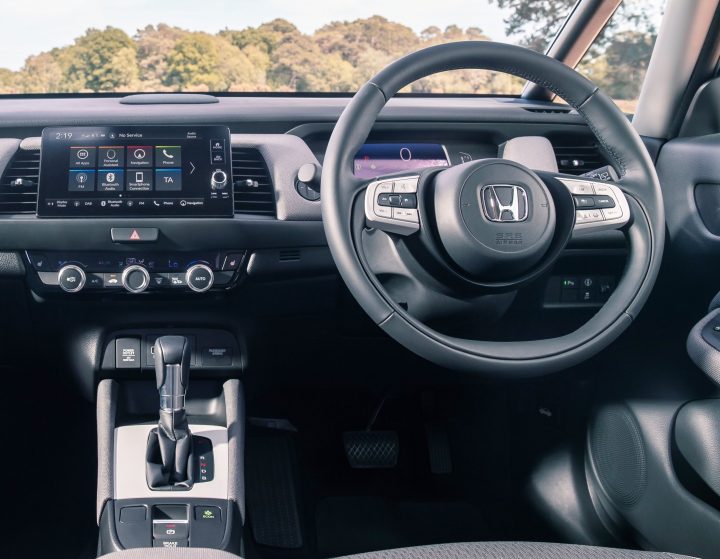 Auto changes were quick, clean and quiet unless the throttle was floored and it was a busier note, while the steering had plenty of adjustment positions and the ratio was good even if the feeling was a bit dead to the touch.

Brakes were highly effective with light pressure and the parking brake securely held it on a slope.

Secondary switches were close to hand, worked well and included climate control buttons below the touchscreen for instant location and operation and the heated wheel was welcome on a few chilly morning and evenings. 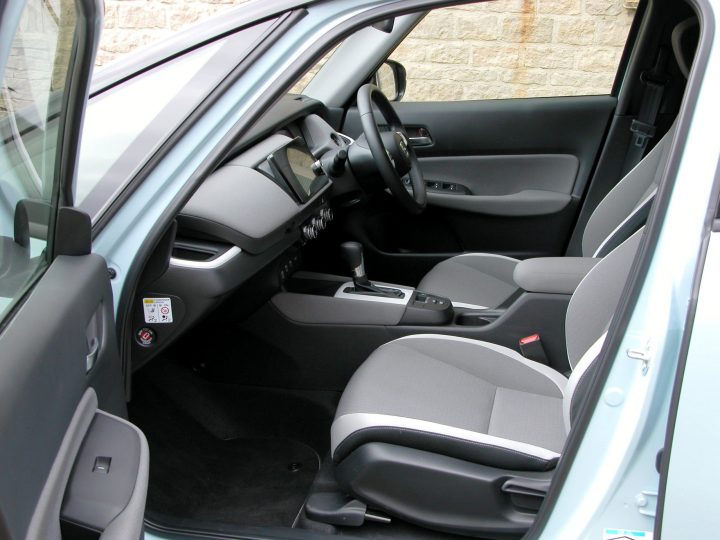 Honda has done a good job to minimise distractions through the 9-inches infotainment screen and it works with Apple or Android systems and the clarity is good.

Probably it’s the ‘magic’ seats which most impress about the practicality of the Jazz Crosstar EX and the way they lift, fold and generally transform it from family car to mini-van is remarkable and so useful.

Some may find the 1.5 litre engine a bit small but its bigger than the former 1.3 litre unit and with twin motors pushing it along as well the performance is respectable but not racy in any way. It easily held the 70mph limit easily loaded and then struggled a bit, particularly up a long gradient. 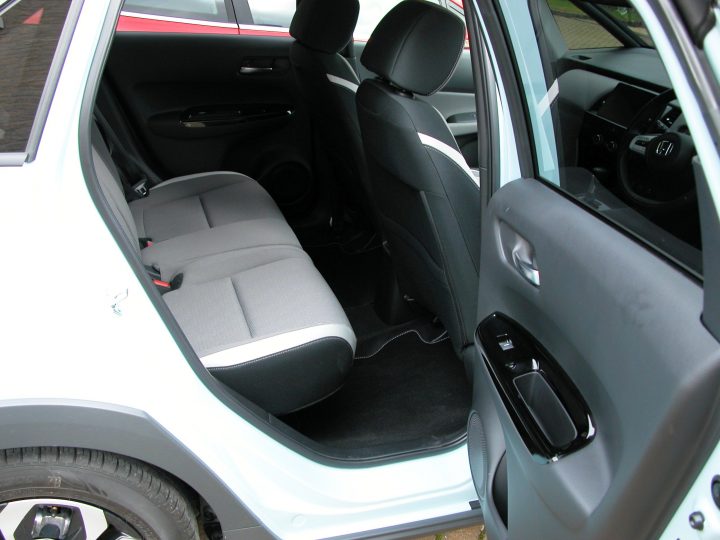 For the car’s mechanical composure it’s a bit let down by the constant road rumbles and suspension bumping about underneath, although the ride was surprisingly good for a 2.52m wheelbase car.

We have touched on the seats but it must be added that they are very comfortable despite being small and thin and the adjustment was good in the front while they were a bit flat in the back and not as cushioned.

With a taller body and suspension on the comfortable side of firm, the Jazz Crosstar tended to roll around tight corners at speed even though it actually stuck to the road and chosen course around a bend. 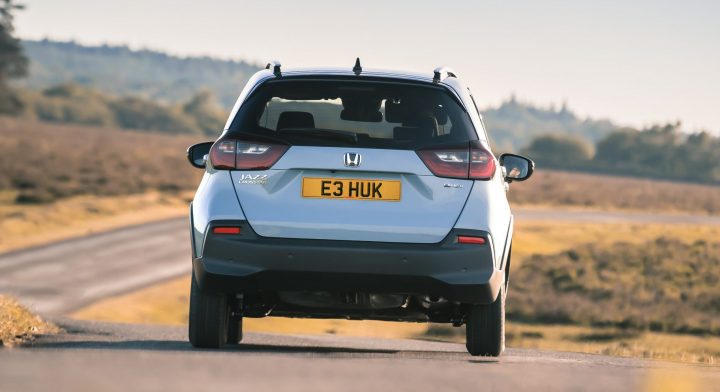 What it lacked in horsepower you could mitigate with excellent visibility over a low waistline, through good washers/ wipers and fairly bright headlights.

It comes with a plethora of modern safety aids and features to keep you on the road, within speed limits and away from other traffic.

In some ways it has a very human character with many parts making up the whole and not always working together as well as they might, but it is possibly the car you’d pick in a family line up to do just about anything.