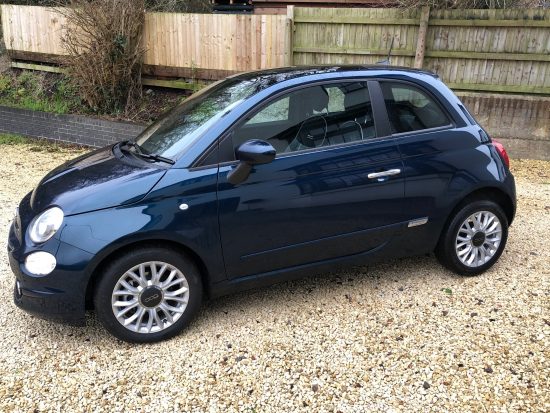 Fiat 500 models have been the backbone of the Italian brand for generations and their popularity looks like never ending.

The 500 or Cinquecento as it was then named put Fiat back on the road after WW2 and it saved the company again with a comprehensive make-over in 2007, since when three-million have been sold.

A new refreshed line-up is going on sale Spring 2021, but we wanted to catch up with the outgoing series to see just what is the attraction. And it’s easy to understand.

While the most modern city cars are growing in size, the Fiat 500 bucks this trend and instead is a compact but capable city car as a hatch or convertible.

Ok, it is a compromise between size and subtlety but it really does a good job where it matters and that’s in congested city centres demanding sharp responses, nimbleness and good visibility.

Our £14,750 model was fitted with options including rain sensor, rubbing strip, auto climate control, 7-inch touchscreen with 3D nav., Bluetooth, USB and DAB which added £1,600 to the basic price. 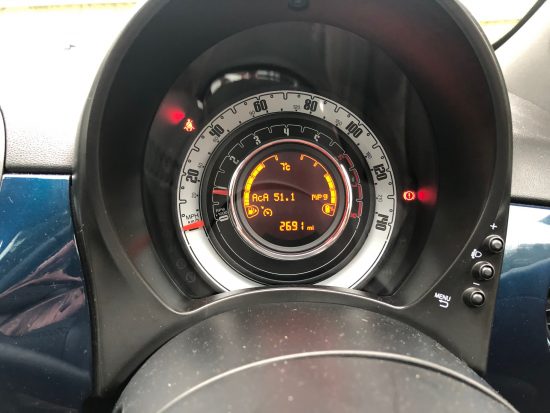 Despite being the least powerful engine in the range, the sub-1.0 litre triple-pot power plant produced a lively if noisy performance and meant you had to be swift with the stick to stir it along with town traffic.

That was no problem with a very light, smooth clutch and effortless, flick of wrist gearchange.

Bare figures can be misleading as the Fiat 500 Lounge actually kept up very well with traffic in busy streets, but it was a little wanting when moving across country roads and it struggled on slopes or with a few people aboard.

The engine worked hard and did what was expected but it let you know it was there with a throbbing note which changed to a busy hum and then more raucous revs as the load increased.

A light throttle was tempered by strong brakes and a good parking brake. 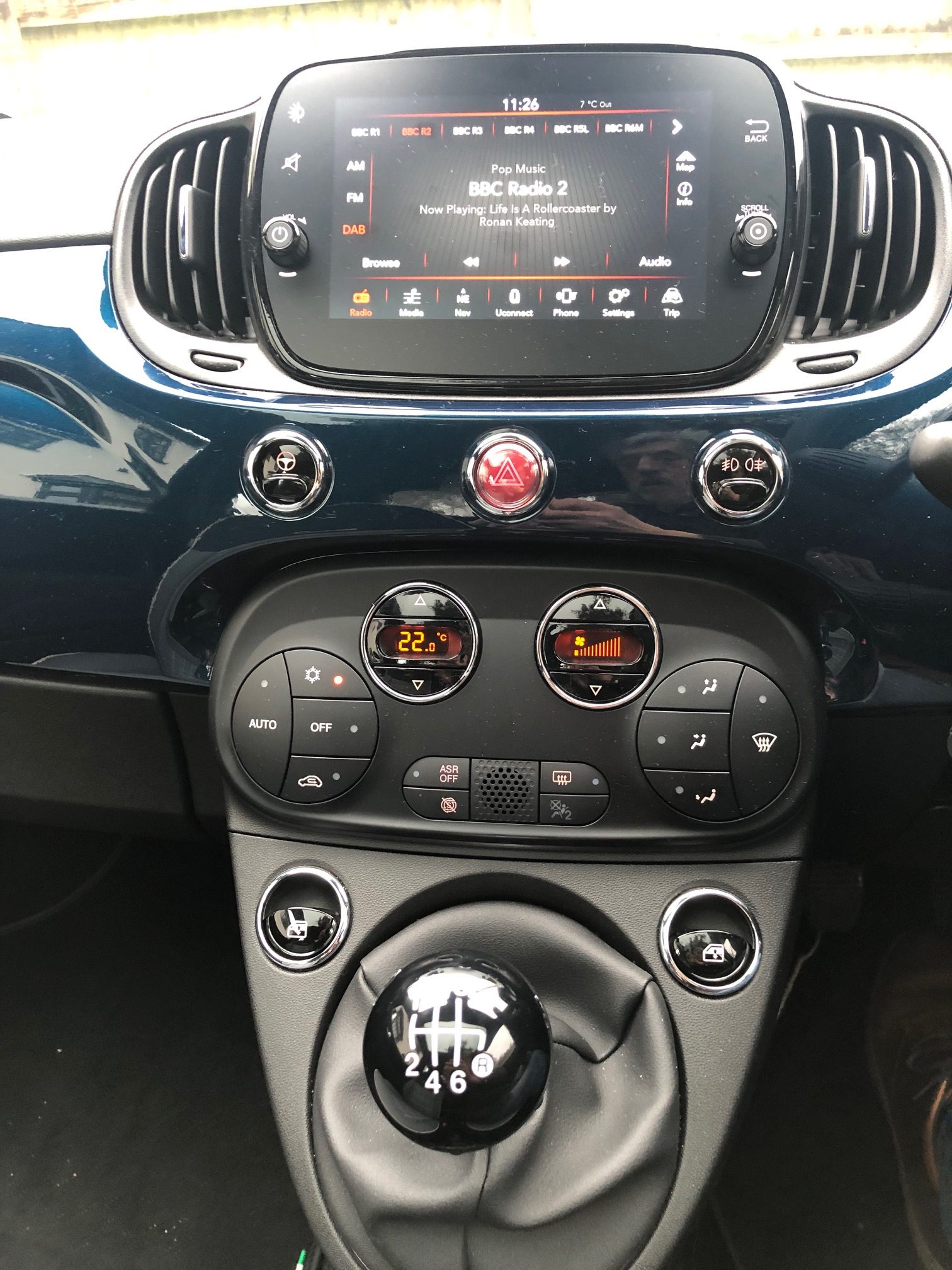 The steering was adjustable for height as well as effort and its ratio made it easy to handle in town or when parking, particularly in tight spaces which could be attempted without any trouble thanks to the excellent all round vision from the driver’s seat. Front wipers were good but not exceptional and the lights lacked range, however.

The steering feedback on its heavier setting  encouraged you to make the most of the little 500’s grip and turning circle, it was light and behaved without any real vices but it did not like cross-winds and there was some body roll on bends. 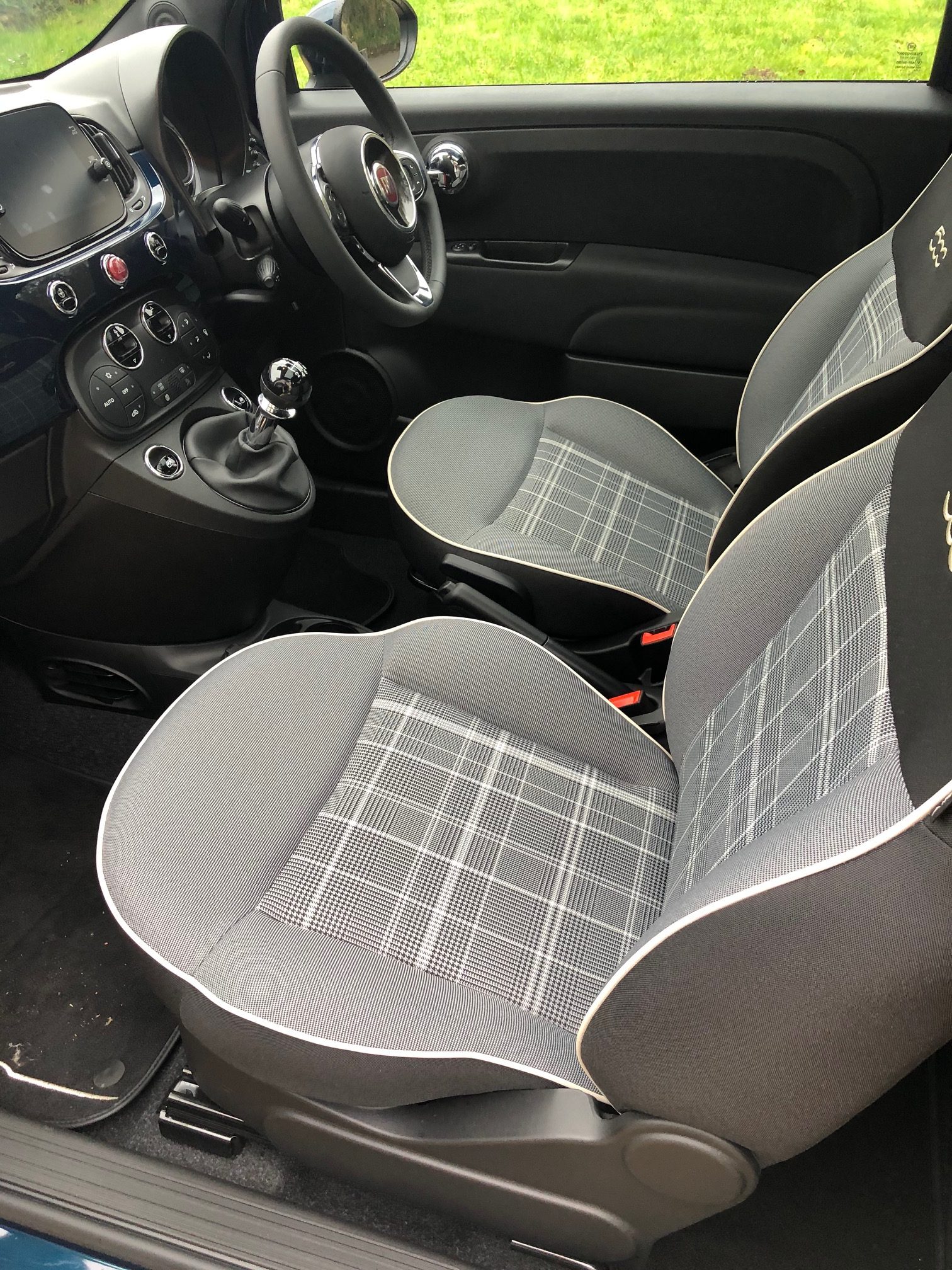 Being designed in the noughties, the Fiat 500 is not a very roomy family car. It takes two well but is a tight fit for four in its three-door body and the bootspace is really suitable only for a few shopping bags or sports bags.

However, those two infront do enjoy good seats and a surprisingly comfortable ride for a car with a 2.30m wheelbase. It coped well with most surfaces but really bad potholed stretches tested the springs and shock absorbers and you could hear it working away, occasionally banging through the system to jarr occupants. 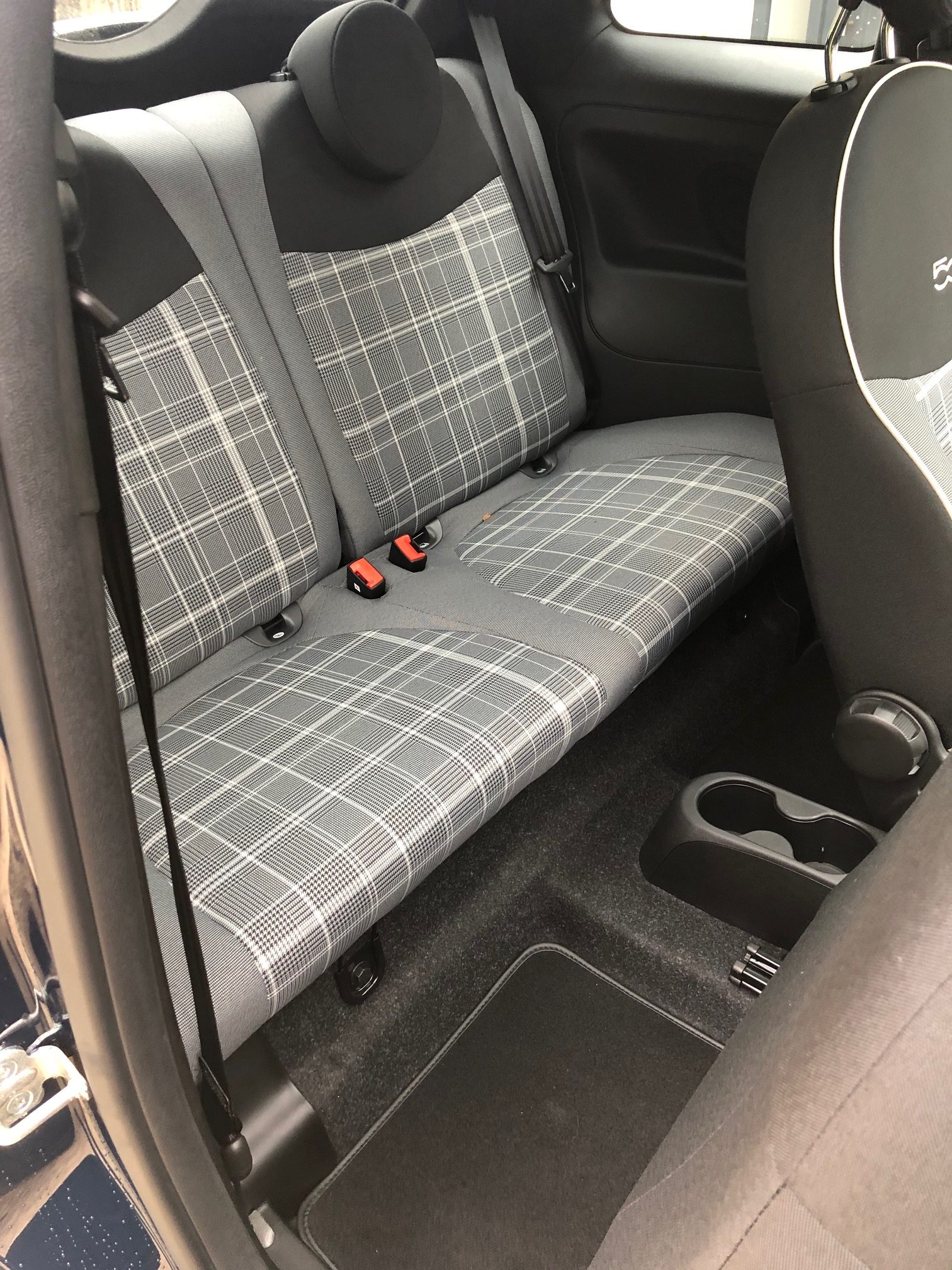 Inside, the cabin is ideal for an average sized driver to reach everything. Most controls are on the steering wheel spokes or on three stalks around the column and they all worked well, with additional switches on the centre console.

Simple instruments infront of the driver were sparsely calibrated but fairly clear and included a useful multi-function display.

Our car had the optional larger infotainment, comms and navigation screen but it was not state of art and looked a bit dated as well as being slow to respond to inputs. 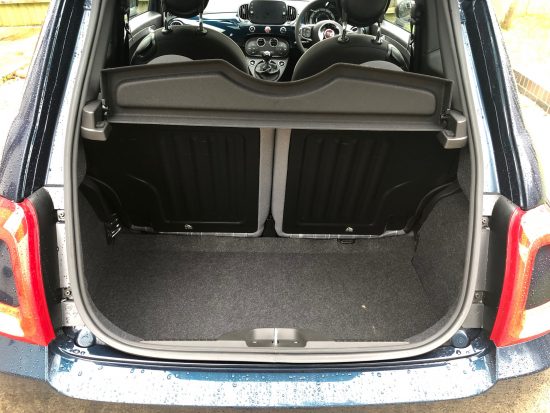 Climate control was good and effective in the small cabin but it was slow to clear morning misting on the windows. It did, however, fill the compartment with warm air fairly quickly.

Apart from the engine note under load and some road rumbles over bad surfaces, the noise levels were muted and driven with restraint on good tarmac it was quiet.

What I did enjoy was seeing the fuel consumption staying north of 50mpg even when driven briskly and this must be down to engine efficiency combined with good gear ratios. 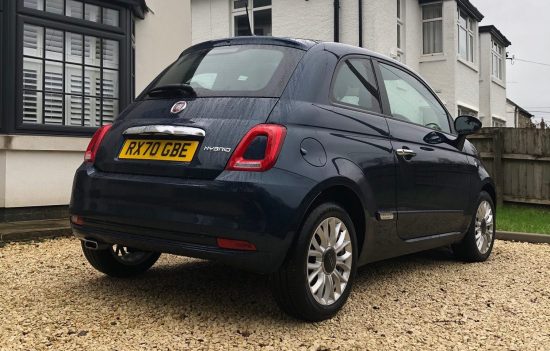 I can understand the appeal of the Fiat 500; it was always a good car and seemed out of step with more modern rivals but it’s also highly distinctive in a sector where everything can look identical and impersonal. The new series retains the individuality of the brand and I expect it betters what has come before.