You are here: Home / Featured / Wayne’s world puts customer at its core 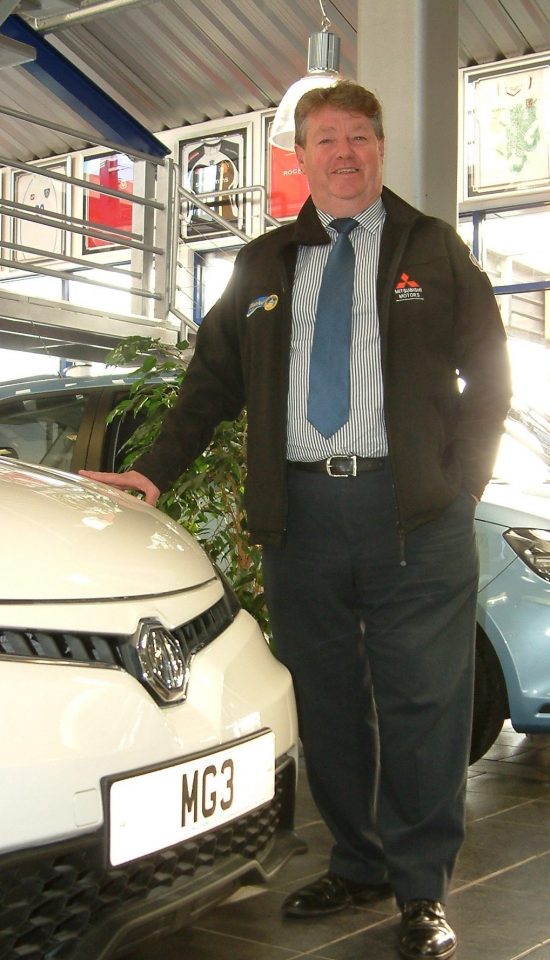 When a global car-maker wants to know how it can be successful, it turns to Welsh car salesman Wayne Griffiths.

His Nathaniel Car Sales, Bridgend is the most successful MG dealership in the UK selling scores of models as new or used, and he hosts dealer meetings for some of the 65 other MG franchise holders.

He has been courted by bosses of the MG brand in China and asked for his opinions and ideas on future models and methods of selling them. Wayne regularly travels to China to meet the men at the top of the company and prospective MG dealerships are encouraged to talk to him about making the brand a success in showrooms.

But he’s a modest man nevertheless and told WheelsWithinWales, “There is nothing particularly special in what we do to justify our success but our way of working is to approach things very simply.

“From the time we started by selling used cars before we took on dealer franchises our philosophy is that the customer is king. Keep a customer happy and they will come back time and again because you are giving them a good service.”

Nathaniel Cars have held a range of franchises, Daewoo, Chevrolet and Mitsubishi and they first took on MG Rover in the early years of this century and have stuck with the brand ever since, through its troubles and now revitalised range.

A prominent location on the edge of Bridgend Industrial Estate is home to his five-acres of stock and his office complex also includes tyre fitting and two other less likely operations, a theatrical agency and a life-coach. They also have a satellite sales site on the Bridgend Outlet Village at Sarn and together employ about 40 staff.

Wayne believes in supporting selected local charities and he is a familiar face at football and rugby grounds.

Used cars still make up the bulk of his monthly business and sells about twice as many as new models.

Wayne will even source special cars for customers which are not what he would normally retail. It’s all part of his customer service.

“Some manufacturers set ridiculous conditions on a franchise – with one for instance insisting their public toilets are inspected every so often in a day – and you can spend more time than pennies just making these checks, refilling brochure displays and picking up rubbish blown onto the forecourt.

“I like to think we don’t need to be told what to do like that because we do it anyway and we have more time to devote to our customers as a result.”

He went on, “We are not pretentious. We have a big comfortable showroom, a number of covered areas outside and most of our staff have been with us for many years and they and the customers know their first names.

“We want to take the business forward in a profitable way but we don’t set ridiculous targets to achieve that.”

This policy at Nathaniel Cars has seen sales rise 15% in 12 months and that’s a remarkable figure many dealers would love to see on their books. It represents a turnover running into many millions of pounds.

Looking ahead, Wayne believes he will stick with MG because they are very good cars, well equipped at the price and now have very attractive finance packages to put before customers.

“MGs are quality cars at realistic prices,” he said.” I don’t think they need to fundamentally change because they are very good, but I would not be surprised if they added other models to the line up to widen their appeal.”

Although MG has announced it will no longer finish off its UK models at the famous Longbridge plant, where its R&D people are based, Wayne said, “The Chinese owners really appreciate the British-ness of MG, and value their technical people and they want the brand to remain there.”

They also appreciate Wayne and what he has achieved.