For 45-years David George was probably the west country’s best known motor racing commentator, synonymous with Castle Combe Circuit where for 22-years he served as number-two to Richard ‘Dickie’ Davies, in a treaty DG relished.

Always strangely uneasy about being cast in a lead role, DG initially called the action from a garden shed perched precariously on a scaffolding tower at Old Paddock corner, the most daunting on the circuit before the Esses appeared winter 1998/9 to reduce lap speeds. 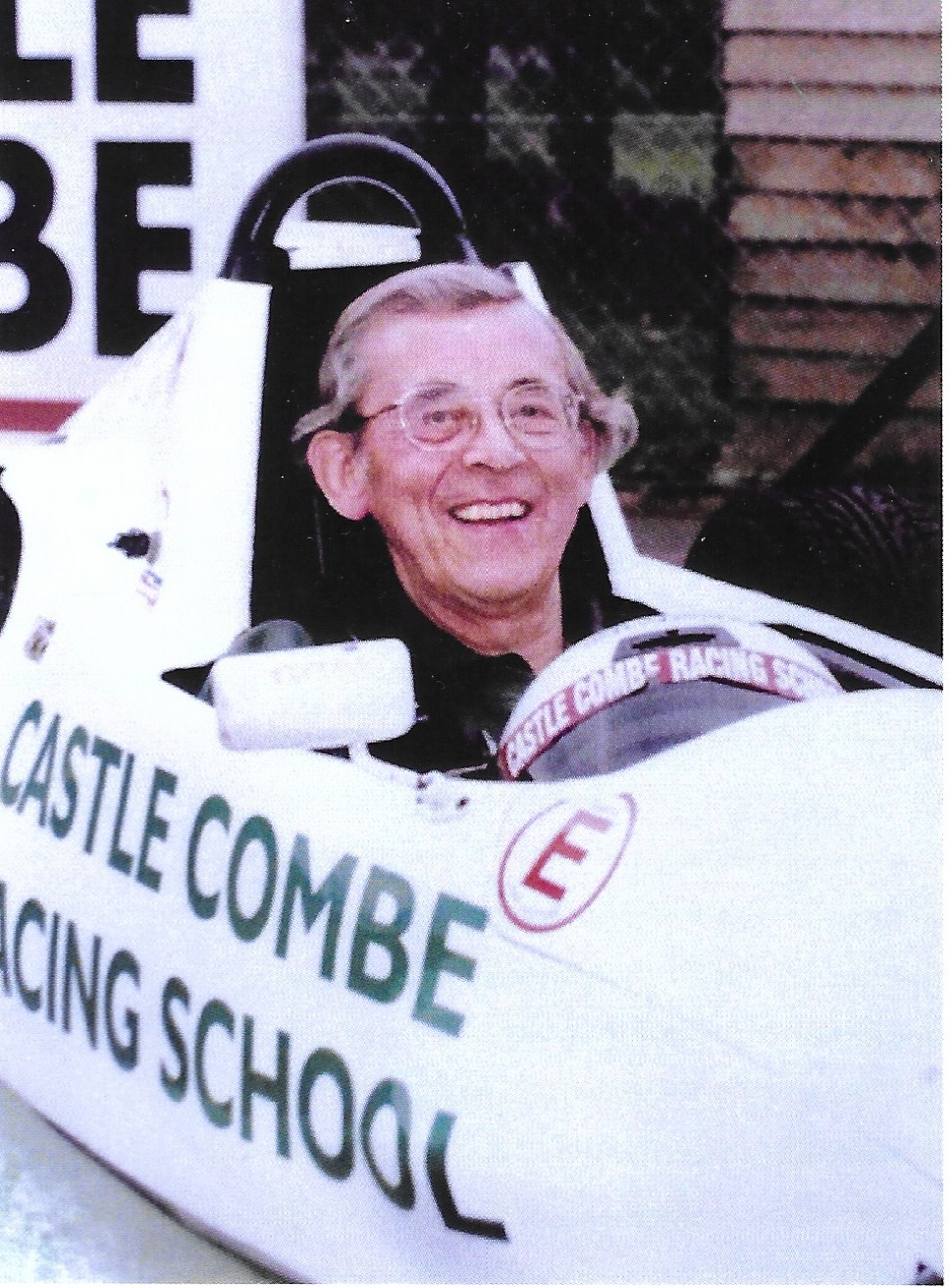 His enthusiastic commentary style was fuelled from passion developed by racing his own Mini, before swapping it for microphone. He wonon his 1962 debut at Combe, sprinting his much-used road/race 970cc Mini Cooper S built and prepared with the help of friends. Up to 1969 he scored 3 wins and 13 podiums from 36 race starts at Combe.

Remarkably, he also won on his Goodwood debut in April 1966 at the 69th Members’ Meeting and returned again that July for what would be Goodwood’s final real-time race meeting, but a loose wheel torpedoed his chances of another victory. DG was also a regular winner and up to 1000cc class record holder in the Cooper S at the now defunct Dyrham Park speed hill climb east of Bristol.

But in 1973 DG’s commentary career started almost by accidentwhen Castle Combe supremo Howard Strawford offeredhimthe opportunity to assist thecircuit’sregular voice, Richard Davies at short notice and the rest became history, interrupted only by aseriousmotorcycle crash in 1991. At the end of 2018 Davidfinally handed over his mic’but continued his successful association with the circuit’s racing school.

A quantity surveyor by profession, DG was fastidious and painstaking in his commentary preparations and walked the paddock gathering information from competitors before broadcasting. As well as a devoted family man, among his eclectic interests were motorsport, cars, motorcycles, golf and flying radio-controlled model gliders. He was ever the clubman and a founding member of the White Horse Motor Club in Bristol.

On 2 March over 150 of DG’s family and friends, accompanied by a Castle Combe Racing School FF and racing Mini Seven race car, joined a standing-room-only funeral service in south Bristol to listen to fitting eulogies, including one from Castle Combe’s current lead race commentator Chris Dawes, who explained how as a small boy, he had listened to DG’s distinctive tones over the Tanoy which had inspired him to take up race commentating himself.

Down to earth, easy going, approachable, personable, and very professional, David will be a great loss to national motor racing, and we offer our condolences to his family and many friends. Race in Peace DG.