You are here: Home / Featured / Trump could be good for UK automotive interests 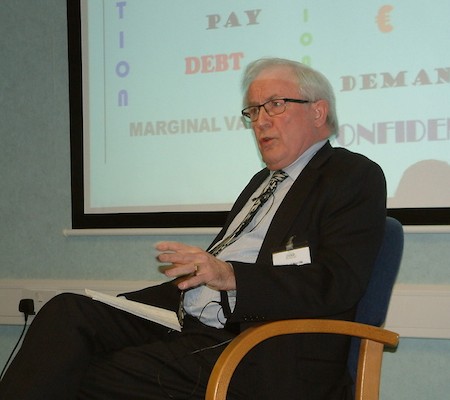 Wales’s leading international automotive economist believes Donald Trump’s election as US President will be good for the British car industry.

Volkswagen Group CEO Matthias Mueller and Germany’s VDA auto industry association expressed concerns just hours after the vote and said  it could have a negative effect on their companies after the president-elect said he wanted to impose tariffs on cars not made in America.

Prof Rhys (above) said he believed that Britain and the US would establish a special trade agreement because of the two countries long-standing relationship and co-operation, including the number of American companies in the UK,  and the way they have stood up to European politicians.

However, it could be a different story so far as the US attitude to Europe is concerned, and Prof Rhys said, “I don’t think Donald Trump is going to cow-down to any European demands or their car makers who have massed manufacturing resources just over the US border with Mexico when they thought it was a cheap way to make cars and then export to the US instead of setting up factories there.

“The whole business case of the Mexican assembly operations could be undermined and in turn threaten the larger economics of the parent companies back in Europe.”

Prof Rhys added that in his opinion the UK business case after Brexit could be strengthened by President Trump because the Europeans would have to carefully consider imposing tariffs and any retaliation this would generate from the UK and the reaction of the US, which is an enormous market for the Continental car makers.

” I think the European car makers could feel very isolated if they insist on tough tariffs or a so-called hard Brexit,” said Prof Rhys.

He said a further dimension in the calculation which is not immediately apparent is Donald Trump’s attitude towards low carbon, or electric vehicles.

“Donald Trump is a supporter of the oil industry and fracking and I think he will encourage this at the expense of low carbon electric vehicles. It means the millions of pounds, euros or dollars which have been spent on electric vehicles and alternative fuels including hydrogen could see a much longer payback before there is a return on investment because Americans will be looking at their own resources and seeking cheaper fuels and more practical cars.

“This will impact on the investments made by the car makers around the world and with fewer low or zero carbon cars to sell their unit costs will rise and hit their overall profitability.”