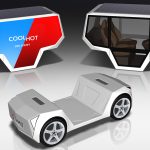 A new generation of micro-cars with electric platforms but interchangeable bodies is being developed by Rinspeed of Switzerland. It is also working on a robotic station which joins and separates chassis and bodies while also charging them, to meet the demands of business and private customers. With the “Snap,” presented early this year at the CES in Las Vegas, Rinspeed for the first time … END_OF_DOCUMENT_TOKEN_TO_BE_REPLACED 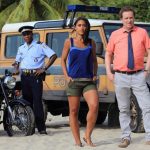 Forget the battered Land Rover Defender which features in the hit BBC TV series Death in Paradise, because it’s Renault, Peugeot and Citroen models which dominate sales on Guadeloupe. The Caribbean island doubles as St Marie for the series and Focus2Move analysts report sales there last year amounted to 15,516 new cars with a forecast of nearly 17,000 expected this year. The Bluebird K7 … END_OF_DOCUMENT_TOKEN_TO_BE_REPLACED