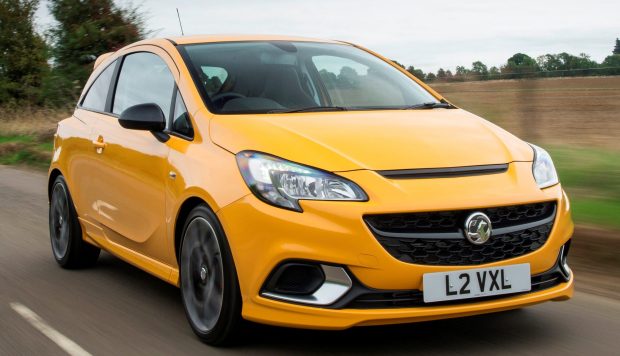 After 25 years on sale, the Vauxhall Corsa range has matured and while the impressive VXR versions are no more, it is topped by the ‘warm’ GSi, writes David Miles.

Now celebrating its silver anniversary the top-selling Vauxhall Corsa supermini sized  hatchback range has recently seen high specification  low price Griffin  versions with three and five door body styles and with the choice of 1.4-litre petrol 75 or 90hp engines added to its line-up priced from a low £11,695.  But at the other end of the price scale is the Corsa GSi priced from £18,995.

Despite its long service record through several generations the Corsa remains a top selling range. In September this year it was actually Europe’s best selling car overall  and for the year to date the Corsa remains the UK’s third best selling model range overall behind the Ford Fiesta and VW Golf with 46,057 registrations. 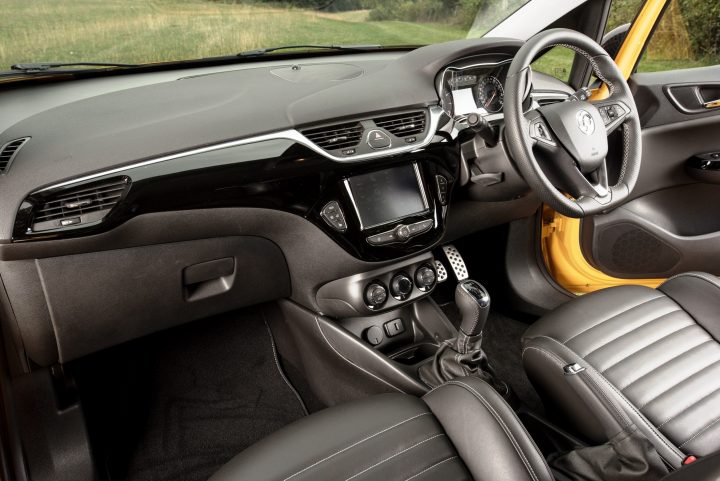 The Corsa GSi uses Vauxhall’s well liked 1.4-litre, four-cylinder turbocharged with intercooler multi-point petrol engine with double overhead camshafts and a 16-valive cylinder head. It produces 150hp at 5,000rpm and more importantly for mid-range performance it develops 220Nm of torque between 2,750 and 4,500rpm.

Drive through a close ratio six-speed manual gearbox and top speed is 129mph and zero to 60mph takes 8.4-seconds. Complying with the latest Euro 6.2d TEMP emissions the retuned engine has a Combined Cycle fuel economy figure of 49.6mpg with CO2 emissions of 139g/km.

The engine performance is strong and lively right through its power-band with excellent responsiveness and its one of the car’s main highlights although it is never going to match the now defunct Corsa VXR hard-core hot hatch. The real-life fuel economy during my week of motoring was a very respectable 44.5mpg. 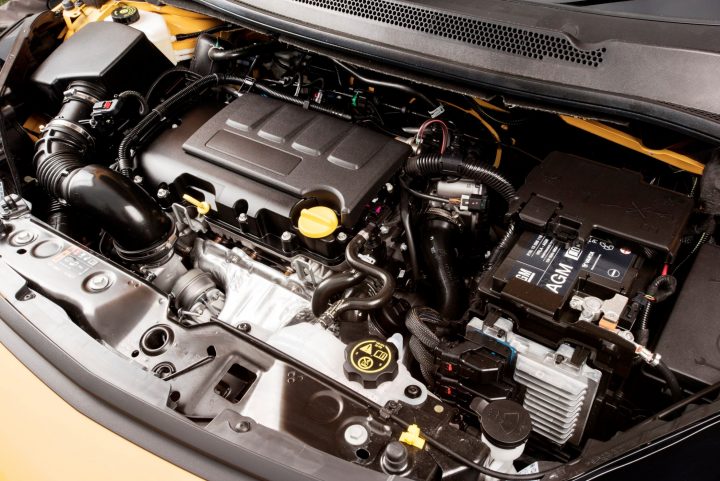 Although not a direct replacement for the 1.6T VXR 210hp model, like the VXR it uses a three door hatchback body but with the underpinnings of the VXR with Koni Frequency Selective Damping suspension which is claimed to alternate between reasonable comfort for everyday use and firmer damping and better body control for more enthusiastic driving.

Although the performance of the Corsa GSi can be deemed as ‘hot-ish’ it does get ‘flustered’ in the ride comfort and handling department.   At all speeds the ride is firm  and given the state of our road surfaces it’s not a nice driving experience  at lower in-town or winding country roads driving conditions.

Build up the speed and the shock absorbers adjust to a rock-hard performance where the ride gets far too firm and uncompromising and the handling gets too lively and unpredictable.   Encountering potholes or rippled tarmac whilst cornering at even reasonable speeds really upsets the car’s ability to hold a line as its hops across the road surface and the full force of impacts from potholes and poor tarmac are felt within the cabin.

Even on smoother high speed motorway surfaces the ridges between worn areas of tarmac are felt and heard too loudly within the cabin. The low profile tyres and large alloy wheels don’t promote good ride quality either and road noise intrusion is significant.

But the GSi does have its good points.  The three-door bodystyle suits the sports image with large air intakes and a honeycomb grille dominating the face of the car while the deep side sill extensions give it a ‘planted’ look.

At the rear is a deep upper tailgate mounted spoiler to enhance downforce at high speeds. A chrome finished exhaust tailpipe and red-painted callipers complete the sporting exterior looks. 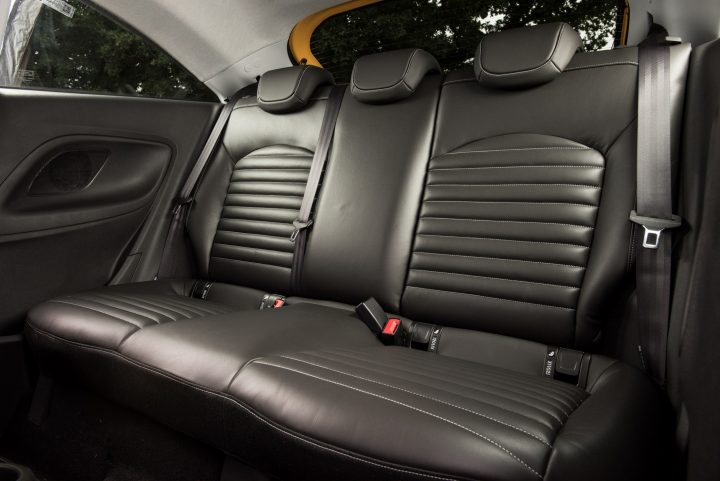 Inside the front seats dominate the sports looks. They are large and supportive but their size does restrict access for passengers into the cramped rear seats and even on its lowest height setting being tall I found myself sitting too high in the car, for a more sports driving style I would have liked to sit lower in the car. 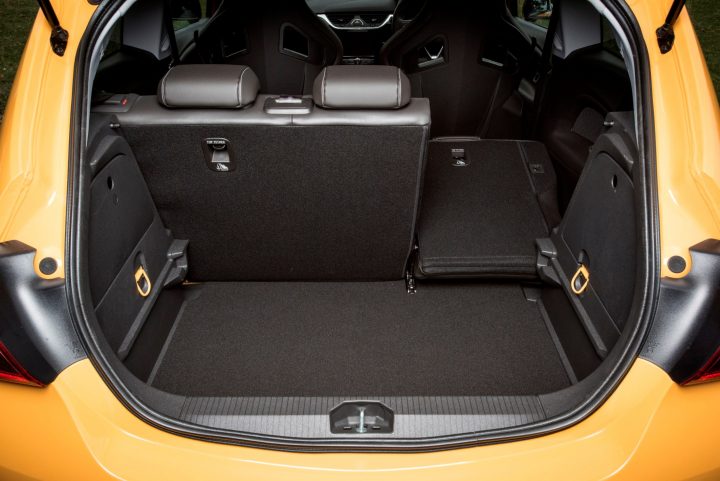 Although the standard GSi spec includes sports seats my test car came with the £1,055 extra costs Nappa leather Recaro seats which were heated. GSi badging on the floor mats, GSi styled leather covered sports steering wheel with multi-function controls and GSi spec gearknob and handbrake lever all add to the sports interior ambience as does the brightwork and glossy black trim inserts. 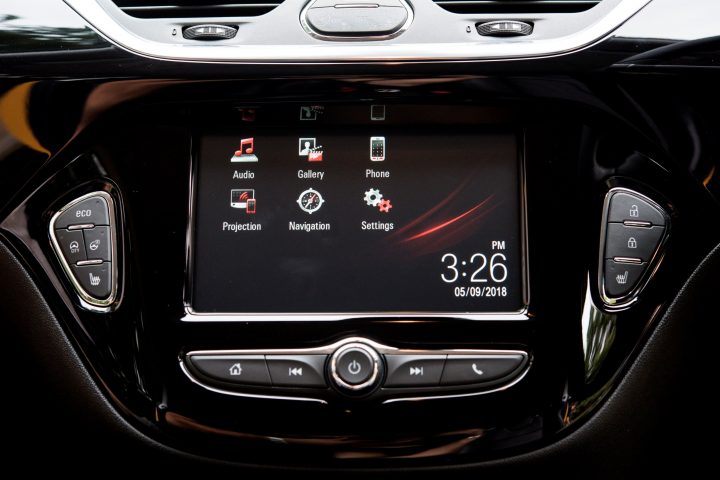 Centre of the fascia is a simple to use 7-inch colour touchscreen, the gateway to several of the on-board driving functions. Fortunately the heating and ventilation controls are separate and not operated via the touchscreen. 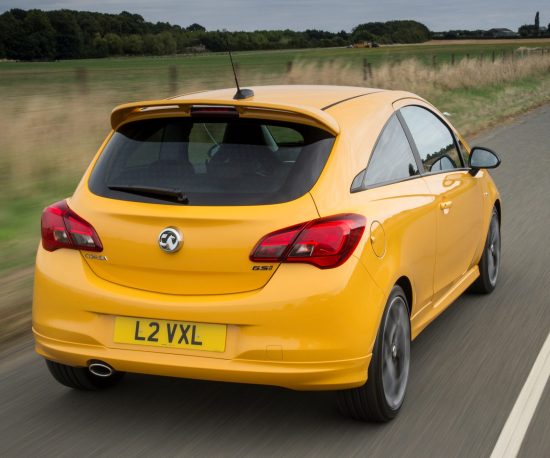 Overall the Vauxhall Corsa GSi appeals on price in its hot hatch sector, engine performance, style, fuel economy and sports specification but it’s hard to live with because of its overly firm suspension. There are less costly, softer riding versions with the same engine which are easier to live with.

Against: Overly firm ride at all speeds, unsettled handling at higher speeds due to the very stiff suspension, difficult access for rear seat passengers due to the bulky front sports seats, only available as a three door model, ungenerous warranty.