You are here: Home / Industry / Components / Secrets of the US President’s car

US President Joe Biden has arrived in the UK for the G7 summit chauffeured in his £1.2m Cadillac ‘The Beast’. 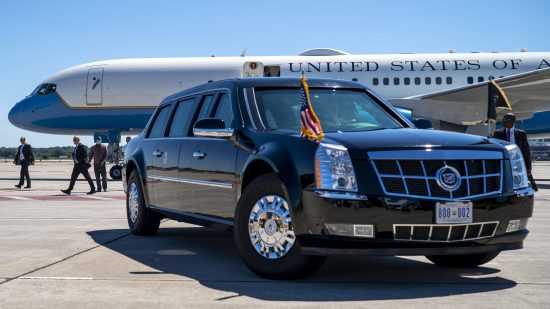 Joe Biden’s ‘Beast’ has an armoured exterior, layered armoured windows, a top-spec communications system and Kevlar-reinforced tyres and it’s believed also has some secret offensive features to thwart or disable attackers, but how much does all this extra security cost?

The cars chauffeuring world leaders today have the highest grade of defensive and offensive security features and there are extensive back-ups on hand to protect occupants in addition to a small army of security personnel layered around them including special forces with snipers at strategic points.

To shed light on how much world leaders spend on car security, MotorEasy spoke to vehicular armouring specialists Armormax which specialise in armouring vehicles for world leaders, celebrities and people with high risk jobs.

MotorEasy have revealed 9 security features commonly found on presidential cars and estimated how much in total it would cost to install all of the security upgrades on your own car.  By installing these security features, drivers could turn their Ford Fiesta into a car so secure it could chauffer any world leader. 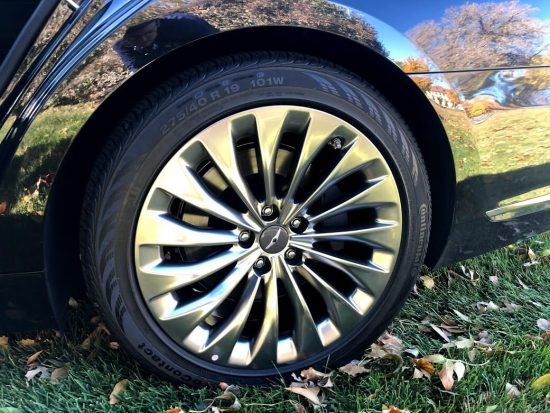 Mark Burton, CEO of Armormax, spoke to MotorEasy and said, “In terms of how far security features go, we can make virtually anything a client desires within the law.

“A lot of ideas for features come direct from clients – many have probably watched too many movies!

“Especially for civilians, we like to keep the approach defensive instead of offensive, but for government agencies and heads of state, the requirements are often much more substantial. Such as machine guns that are controlled from within the cabin and retract into a discreet tool chest when not being used.

“For us, however, the most affordable and one of the more effective car security features is run-flat wheels – much cheaper than some of the more ambitious products but essential for escaping a dangerous situation, especially with deflated tyres.”