Since inaugurated in 2001, Castle Combe-based Rallyday has established itself as the ‘Go to’ event for rally fans and it’s bounced back last weekend.

As a result, the organisers of Europe’s biggest one-day 2021 rally show were determined to show rally fans what they’d missed for the last two years. Undoubted star of the show was Hyundai Shell Mobis WRC team driver Craig Breen, fresh from two WRC podium finishes in Estonia and Ypres Belgium.

Enroute to Finland for the next round of the championship, Breen was enjoying a rare day-off in Wiltshire, sharing experiences with interrogator Colin Clark on the LEGENDS stage. 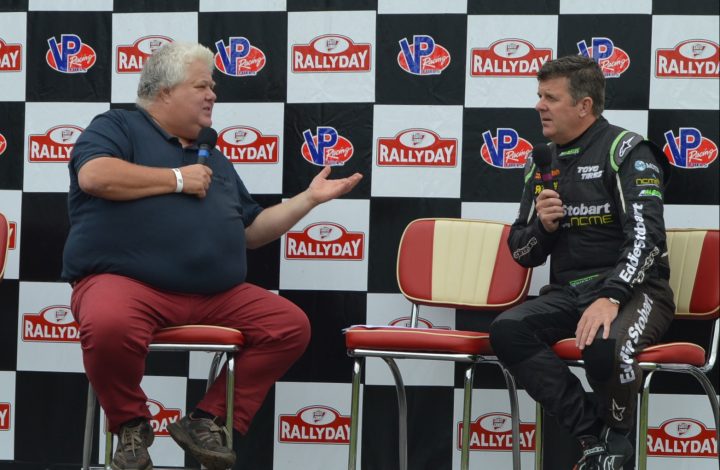 Sanity returned to the microphone when Ebbw Vale born Nicky Grist, a popular Rallyday guest, reminisced of codriving for Juha Kankkunen and Colin McRae, scoring 21 wins and 43 podiums during a successful WRC career. 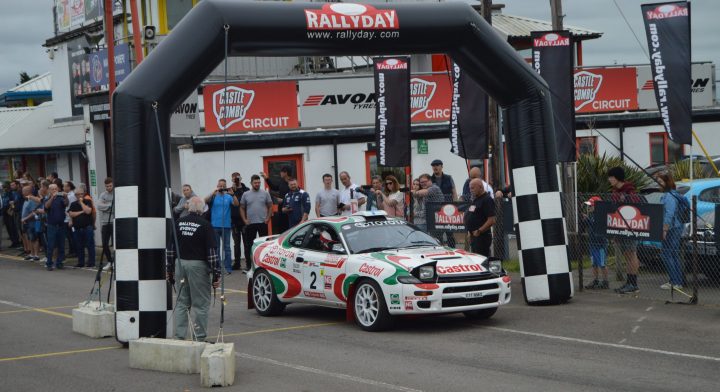 Creating a poignant lunchtime tribute to commemorate Richard Burns’ 2001 world rally championship was a parade of the Berkshire driver’s cars, recalling the hard-fought FIA world title Richard and co-driver Robert Reid won two decades ago against the cream of international competition. Setting a nice the tone for this tribute, Richard’s sister Jo drove her late brother’s Subaru Impreza RB320 into the Rallyday paddock. 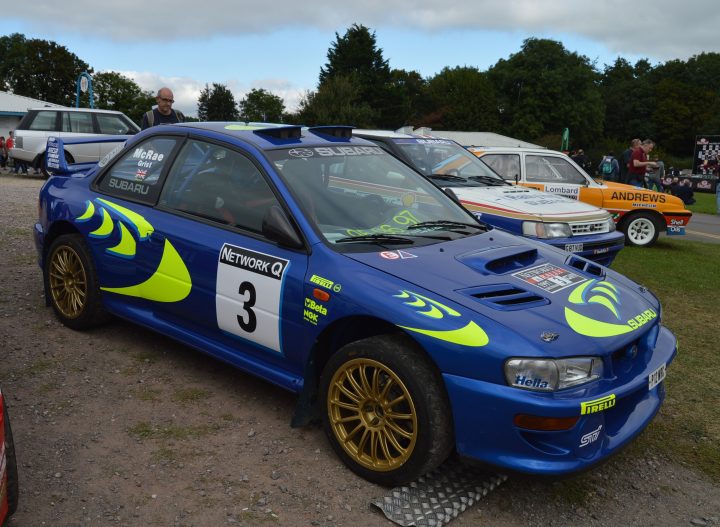 In this capacious paddock, Ian Gwynne of BGM had brought several rally cars from his collection, some later driven in anger on the special stage by Messrs. Higgins & Breen, including an ex Hannu Mikkola Audi Quattro and M-Sport Ford Focus used by McRae/Grist to score 4thplace on the 2002 Monte. Other iconic cars included the Subaru Impreza WRC97 used by McRae to win the Network Q RAC rally in 1997, a Kankkunen Peugeot 205 R5 T16 and Marcus Gronholm’s 800 bhp Ford Fiesta 2009 Pikes Peak turbo car.

Add into Rallyday’s successful ingredients dry weather, eclectic displays of historic rallycars, trade stands selling almost anything, unlimited food outlets and the excitement offered to drivers and passengers by the tarmac rally stage set-up around the 71-year-old racing circuit for those of a more adventurous spirit! 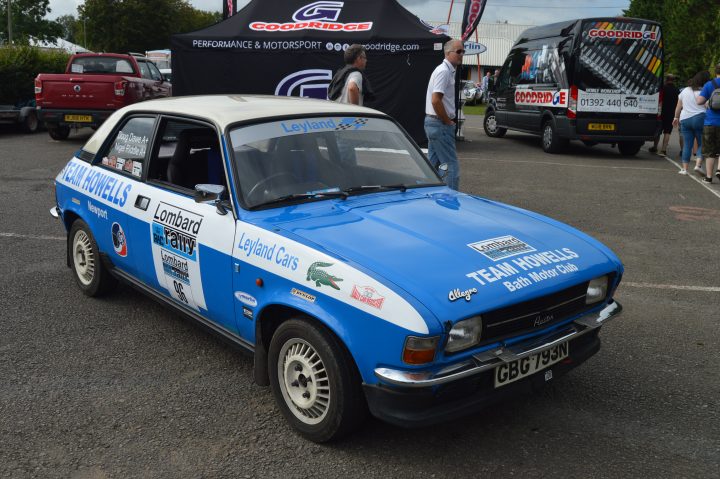 Perhaps the final words should come from Castle Combe’s managing director Graham Marshall, “We really couldn’t have wished for a better return for Rallyday. It’s been the perfect day.

“The quality of the cars has been quite unbelievable and to have Craig Breen stopping in to catch up with everybody on his way to Rally Finland next week was incredible. Rallyday is all about a real mix of everything rallying from the grass roots right to the top of the WRC.

“We’ve achieved that again with Rallyday – there was truly something for everybody. I can’t thank Jo [Burns] enough for coming to join us on what’s been a very, very special day to remember Richard. There are, of course, a whole lot more people to thank – especially Tom [Williams] and Mark [Higgins] for what they did to help with our tribute to Richard.”