You are here: Home / Retail / Garage Guide / Over a third of Welsh motorists have driven without valid MoT certificate 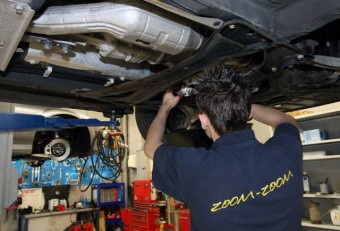 A third of motorists admit to driving without a valid MOT

The Society of Motor Manufacturers and Traders surveyed 1,000 UK motorists and found that, of those that have driven a car without a valid MOT, 67% admitted driving for up to a week before the retest, 24% for up to a month, 7% for up to six months and 2% for more than six months.

By driving without an MOT, motorists risk fines of up to £1,000, as well as potentially invalidating their motor insurance, which itself counts as a driving offence carrying between six to eight penalty points.

Cars older than three years also require a valid MOT before they can be taxed – with further fines for motorists who drive an untaxed car.

The research suggests men are more likely to continue driving after their MOT has lapsed – 35% of all male drivers say they have done so, versus 31% of female drivers.

There are significant regional differences in the findings. The East Midlands topped the table for remembering to carry out a car’s MOT, with just 15% of motorists in the region saying they have driven a car without a valid MOT. At the opposite end of the spectrum, drivers in the South West were most likely to drive without an MOT, with 41% admitting to forgetting.

The data also suggests that younger motorists are worst at remembering the test date, with 39% of drivers aged 18-24 saying they have continued to drive after the MOT had expired. The most diligent motorists were 45-54 year-olds, with only 28% saying the same.

To help motorists remember to have their car tested each year, SMMT has teamed up with the Trading Standards-approved garage network, Motor Codes, to offer car owners a free MOT service reminder. Available at www.passmymot.co.uk, the service will send motorists a reminder every year before their car’s annual test of roadworthiness is due.

The SMMT research has been carried out in partnership with car manufacturers and their dealer networks throughout the UK as part of the industry’s ‘Minute Or Two’ initiative, which encourages motorists to carry out 10 simple visual checks of their vehicle prior to the MOT test.

The survey showed four in ten motorists in the South West had driven without an MoT certificate and over a third of Welsh drivers, who along with those in London, were the three worst regions for the offence.