The Ely neighbourhood team were joined by officers from the Roads Policing Unit and the anti-social off-road team (#ASORT) and Cardiff Council at the weekend to tackle off-road bikes riding in an anti-social manner in Cardiff. 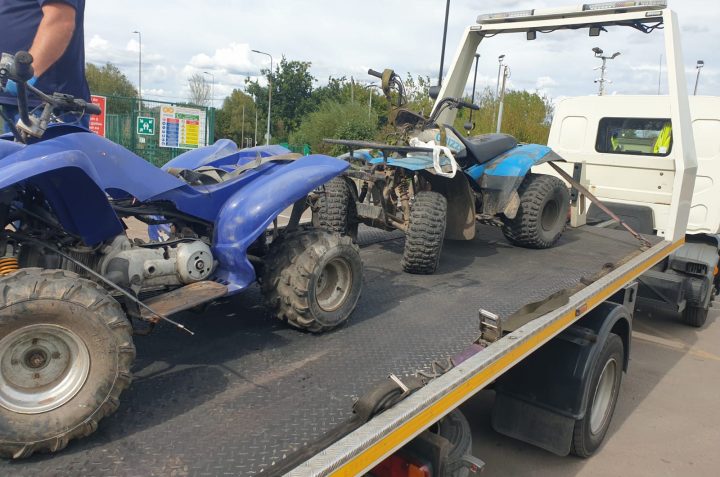 The riders were reported in the Ely and Rumney areas and as a result, four off-road vehicles were seized; Two Surron electric motorbikes and a large machete together with two abandoned blue quad bikes found and recovered

Local Policing Inspector Ben Davies said, “We know that off-road bikes are a concern for our communities and Operation Red Mana is a policing operation dedicated to tackling the issue.

“Such use of off-road bikes is not only against road traffic regulations but is also extremely dangerous.
“Our concerns are that someone could be hurt by these bikes which are being ridden at high-speed and also the noise which is damaging quality of life for residents.”

Please report any general information regarding the illegal use of off-road bikes to: opredmana@south-wales.police.uk