You are here: Home / Industry / Distribution / Newslines 26 May

The Volkswagen Group will pay out £193 million to more than 90,000 UK motorists after reaching an out-of-court settlement in a seven-year litigation process relating to Dieselgate.

With each claimant receiving about £2,000 it marks the end of a campaign which has cost the manufacturer about £26 Billion since it fitted suspect devices to diesel models which circumvented official emissions tests and produced higher than recorded pollutants.

UK car production fell 11.3% in April with 60,554 units rolling off factory lines, according to the latest figures from the Society of Motor Manufacturers and Traders. 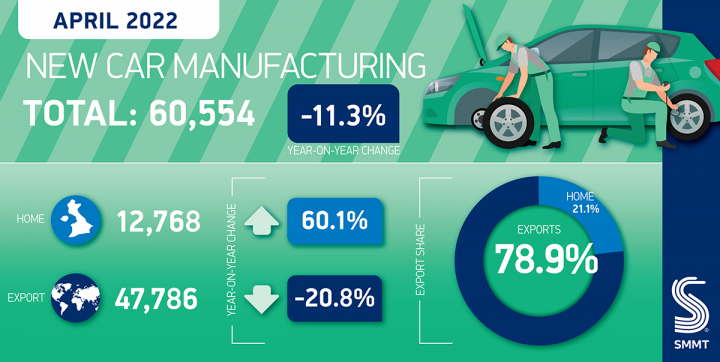 The global shortage of semi-conductors, the impact of the war in Ukraine on supply chains, model changes and broader industry structural changes all contributed to a volatile month’s output, but more models were built for British buyers, a quarter were electrified and pure battery built cars shot up over 38%.

Foresight Williams Technology has made a £1 million investment in dRISK, an autonomous vehicle testing and training company.

Founded in 2014, by CEO Chess Stetson, dRISK is an AI company which promises to revolutionise autonomous vehicles’ (“AVs”) safety by training them to avoid high risk scenarios rather than the more traditional low risk situations.

BMW is reportedly the latest car maker planning to move towards agency selling where dealers will get a fixed fee for selling but not hold stock or have to handle invoicing and other paperwork.

Mercedes and Audi have said they want to move to the agency operation which has caused concern among dealer bodies who fear a reduction in outlets.

Opponents to the plans say they will batter genuine businesses, making them unviable and will keep visitors out of Wales, ultimately costing jobs.

Nissan announced its partnership with Scottish adventurer, Chris Ramsey, to undertake the world’s-first all-electric driving adventure from the magnetic North Pole to the South Pole.

Departing in March 2023, the daring Pole to Pole expedition will see Ramsey and team in a Nissan Ariya e-4ORCE travel over 17,000 miles across several regions and continents with predicted temperatures ranging from -30⁰C to 30⁰C as he makes his way from the Arctic through North, Central and South America, before crossing to Antarctica.

A 1993 Rover 827 saloon supplied to Buckingham Palace will be auctioned on the Car and Classic website to raise funds for social charities in Windsor and Maidenhead.

It is virtually undamaged inside and has the factory fitted mats, boot liner, tools and even a CD-multichanger with 94,928 recorded miles.

Hyundai plan to step up US investment as it also spends more in South Korea.

The big Asian car group which holds Kia and Genesis under its wings is increasing spending to make electric vehicles in large numbers before the end of the decade.