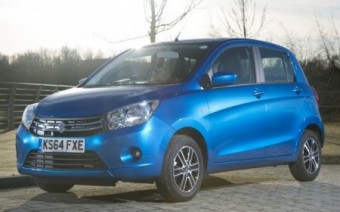 New Suzuki Celerio models which have gone on sale  this month have been recalled after testers experienced total brake failure.

Following a condition experienced when carrying out an emergency braking test by a journalist from Autocar magazine on the 30 January, Suzuki carried out an immediate investigation into the cause of this condition.

As a direct result of this investigation and with immediate effect, Suzuki is recalling its UK Celerio models that went on official sale to the public on 1 February.

This safety recall relates to retraction of the brake pedal and affects Right Hand Drive vehicles for UK, Ireland, Australia and New Zealand.  It does not affect left hand drive vehicles or other right hand drive markets.

Suzuki is directly contacting its customers via its dealer network and will be providing a loan vehicle to them until full safety checks have been completed. As UK sales of the Celerio model have now been temporarily suspended, this of course applies to press vehicles.

The condition was experienced during an emergency brake test from very high speed and was conducted several times on a private road test facility. This test forms a part of the full test procedure carried out by What Car? and Autocar magazines. The Celerio model has been on sale in India and Thailand since 2014.

The Suzuki statement suggests the issue has developed as a result of swopping over the layout of the foot-pedals for right hand drive markets.