There are signs that the components supply problems may be easing for car makers and getting more models to dealerships after a boost in October registrations. 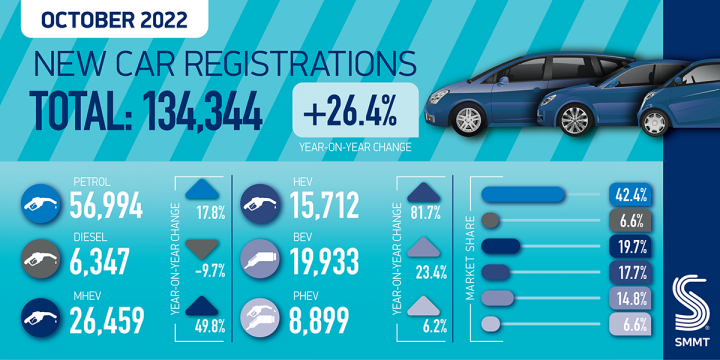 “The increase in new vehicle sales in October demonstrates the resilience of franchised dealers and their ability to find the right deal for their customers and the importance of supply finally reaching forecourts”, said Sue Robinson, Chief Executive of the National Franchised Dealers Association, commenting on the latest SMMT’s new passenger car registration figures.

Sue Robinson added,“The transition to electric vehicles, as evidenced by the continued increase in EV sales, will create opportunities for the motor retail sector. The UK Government must continue to act to support this transition and the wider UK automotive sector, one of the UK’s largest and most important industries.”

A week after it was announced that the Ford Fiesta will cease production next June, the model was the best seller in Britain last month.

The Nissan Qashqai also overtook the Vauxhall Corsa in sales so far, showing the steady uptake of suv type models over traditional hatchbacks.