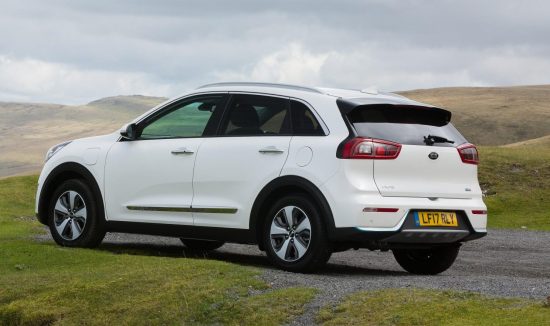 Kia is adding a plug-in hybrid (PHEV) version of the Niro crossover to the parallel hybrid models launched in 2016.

The PHEV is priced at £27,995 on the road after taking into consideration the Government plug-in car grant of £2,500 and it’s the world’s first compact crossover hybrid and capable of returning 217.3mpg using the intelligent energy powertrain.

With potential fuel economy of well over 200mpg and CO2 emissions of just 29g/km, the Niro PHEV is easily the Korean company’s most efficient car to feature a combustion engine ever. It will be a cornerstone of Kia’s drive to reduce the average CO2 emissions of its range by 25 per cent, based on 2014 figures, by 2020.

The PHEV is a stand-alone model in the Niro line-up, based on the mid-range (grade 3) Niro parallel hybrid (with ADAP). Standard features include the latest connectivity and active safety technologies, including Kia Connected Services featuring TomTom, wireless smartphone charging, autonomous emergency braking and lane-keep assist. It also offers Android Auto and Apple CarPlay which, via pre-downloaded apps, link smartphones to navigation, music, hands-free calls and texts and voice recognition services.

The Niro PHEV features the same 1.6-litre direct-injection petrol engine as the parallel hybrid, but in the plug-in model this is paired with a more powerful 44.5kW (60bhp) electric motor.

The Niro PHEV is capable of travelling up to 36 miles on the energy stored in its batteries, which means many owners will be able to complete their daily commute without using a drop of petrol or producing any tailpipe emissions.

The 44.5kW (60bhp) electric motor is powered by an 8.9kWh lithium-ion polymer battery pack rather than the 1.56kWh system in the parallel hybrid. Together, the two power units produce 139bhp, with 265Nm of torque available in first gear for rapid acceleration from standstill. The Niro PHEV can cover 0-60mph in 10.4 seconds and has a top speed of 107mph.

It is fitted with a dual-clutch six-speed automatic transmission which is more efficient than a conventional CVT system and the hybrid technology includes sophisticated energy harvesting.