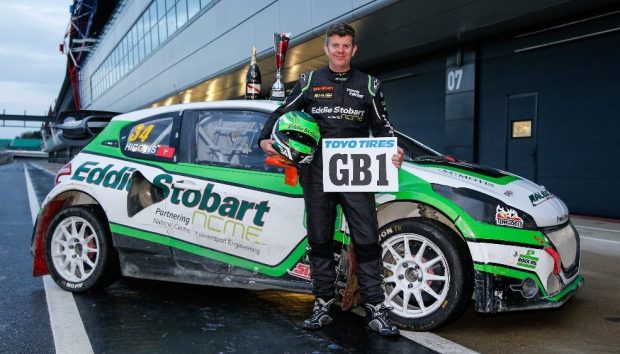 Albatec Racing driver Mark Higgins from Montgomery came out on top of a three-way fight for the 2018 Toyo Tires MSA British Rallycross Championship in the final round at Silverstone Circuit to secure the title with a dominant victory at the weekend.

“Rallycross is very exciting, you’re not driving for a long time but what’s happening in that time is really exciting and these cars are amazing, I’ve really enjoyed it. Massive thanks to Albatec Racing, the University of Bolton and of course Eddie Stobart for supporting me again. In my 30 years of motorsport, to win another MSA British Championship is fantastic.”

In the final standings, Higgins claimed the title by two points from O’Donovan, with Godfrey tied with O’Donovan but classified third on results count-back.