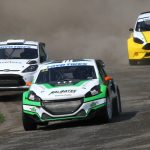 Most of the British Rallycross championship this season will be contested at the acclaimed Pembrey circuit. The venue between Llanelli and Kidwelly underwent a major privately funded investment three seasons ago and competitors have praised the Pembrey team, led by Phil Davies, for the course and the challenge  it  presents. The calendar for the Toyo Tires Motorsport UK British … END_OF_DOCUMENT_TOKEN_TO_BE_REPLACED 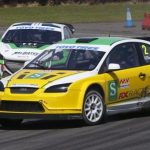 A bumper package of events will take to Pembrey Circuit this season. Coming off the back of a hugely successful 2018 campaign for the South Wales-based venue which saw a glittering array of events take place and spectators line the bankings each weekend, the British Automobile Racing Club is track is gearing up for more of the same. The new season will kick off in early April with the Drift … END_OF_DOCUMENT_TOKEN_TO_BE_REPLACED 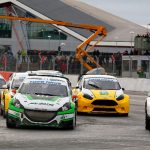 Albatec Racing driver Mark Higgins from Montgomery came out on top of a three-way fight for the 2018 Toyo Tires MSA British Rallycross Championship in the final round at Silverstone Circuit to secure the title with a dominant victory at the weekend. Three-time MSA British Rally Champion Higgins entered the final round third in the standings, five points adrift of leader Ollie O’Donovan (Iver) … END_OF_DOCUMENT_TOKEN_TO_BE_REPLACED 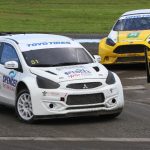 Five-times Champion Julian Godfrey (Heathfield) claimed victory in round eight of the Toyo Tires MSA British Rallycross Championship at Pembrey Circuit on Sunday driving a Spencer Sport Mitsubishi Mirage Supercar. Godfrey started second on the grid for the final and took the lead at the start to head the field from lights-to-flag and claim his third win of the season. Three-time MSA British … END_OF_DOCUMENT_TOKEN_TO_BE_REPLACED 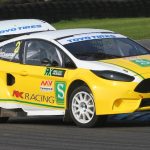 Irish driver Ollie O’Donovan claimed victory in rounds four and five of the Toyo Tires MSA British Rallycross Championship at Pembrey Circuit in South Wales last weekend to take the points lead.   O’Donovan took the maximum points available from the Pembrey double-header, run on the new rallycross layout at the Welsh venue  running in one direction on the first day and reverse the … END_OF_DOCUMENT_TOKEN_TO_BE_REPLACED

For the second year in succession, Pembrey Circuit will bring a new addition to the Toyo Tires MSA British Rallycross Championship this weekend, the South Wales venue running a revised layout for round three of the Championship. Twelve months ago, the Welsh circuit became the first British RX host to run its circuit in the opposite direction to that traditionally used, a situation that is set … END_OF_DOCUMENT_TOKEN_TO_BE_REPLACED