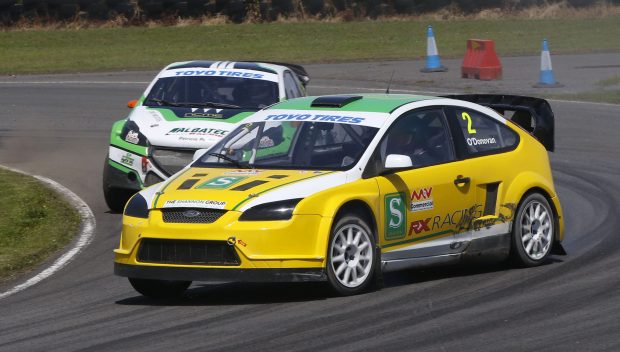 O’Donovan took the maximum points available from the Pembrey double-header, run on the new rallycross layout at the Welsh venue  running in one direction on the first day and reverse the next.

It was Julian Godfrey (Heathfield) and Mark Higgins (Montgomery) who dominated the qualifying stages of rounds four and five respectively, but in both six-lap finals O’Donovan took the lead of the race at the first corner in his charge to victory, driving his Ford Focus Supercar.