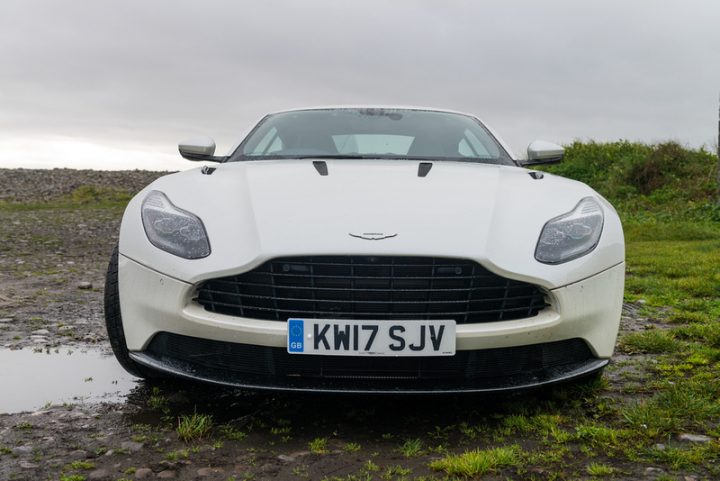 The ultimate Christmas present for any enthusiastic British driver must see an Aston Martin on a wish-list, or better still, in their drive, writes Robin Roberts.

And it couldn’t come at a better time with the DB11 redefining their new direction and business plan to build on established values with modern ideas.

Part of the “second century” plan will see Aston Martin roll out a new generation of SUV cars at St Athan, near Cowbridge before the decade is out while it continues making models at Gaydon and has recommissioned its Newport Pagnell facility for specialist projects.

The Gaydon-built DB11 is the natural successor to the DB9 and is the new figurehead for the series so many know and love, like the DB2/4, DB5 and the DB9 as well as the DB10 created for the James Bond film franchise. Our test car was the classic big engined version but AM has also added a 4.0V8 to the range. 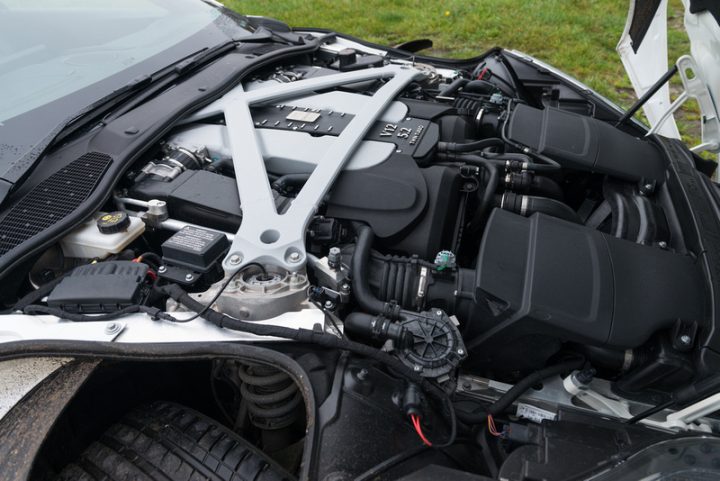 The V12 engine is the most powerful regular production engine in an Aston Martin with advanced mechanical, software and fuel technology to stretch economy without detracting from the performance and aural attributes of the powerhouse. The figures really speak for themselves in acceleration, top-speed and consumption.

What is not seen in the figures but felt though the driver’s hands, feet and seat of pants is the way it steers, rides, handles, brakes, inspiring and impressing with every journey. The new electronic brain in the V12 includes driver-chosen GT, Sport and Sport Plus modes to progressively sharpen responses from the engine and its highly sophisticated eight-speed ZF transmission which can be left to its own devices or manually massaged to bring out the best. 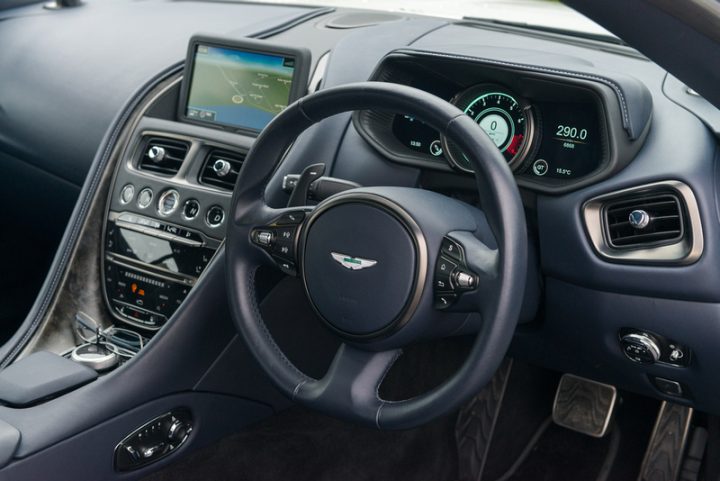 The cockpit is dominated by a 12-inch liquid crystal display for speedometer, tachometer and essential driver information and a centrally placed eight-inch infotainment screen for navigation, the high quality sound system and wifi connectivity, together with cameras and sensors to aid parking. 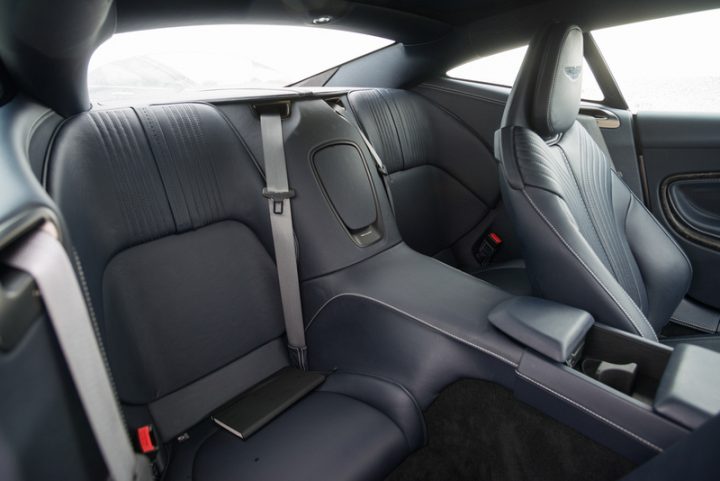 Very wide opening doors give excellent front seats’ access but it’s more of a fiddle to squeeze into the two bucket back-seats and the legroom behind is very short and contrasts with that infront. Headroom is adequate infront, less so behind, and there is poor oddments room throughout and a surprisingly small boot for a grand-tourer. 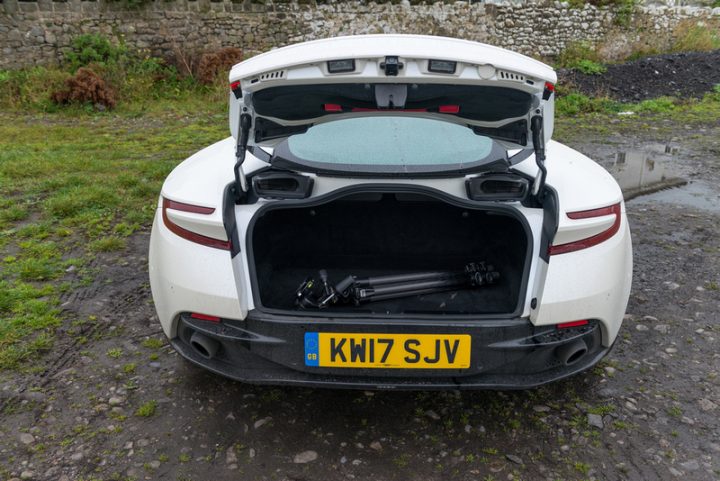 Fortunately, the DB11 is quick enough to make longer journeys easily accomplished and you do so in superb comfort thanks to the new platform and suspension. It is slightly firm but not at all hard, it soaks up bumps and ridges without complaint or loss of composure and when you are pressing on around some twisting tracks it sticks like glue thanks to its very big wheels and tyres with little roll or pitching. 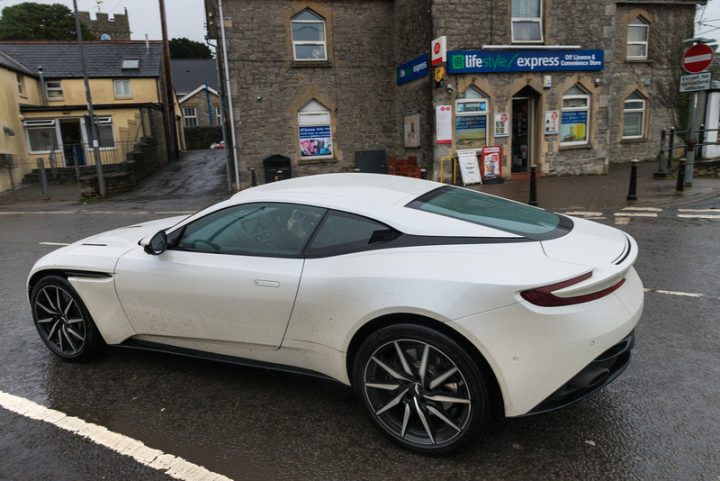 The handling is inspiring and safe, the electric steering pin sharp and progressive while the massive steel brakes result in dramatic deceleration. It’s a big car but with familiarity it actually feels smaller and that’s down to its dynamic qualities and responses, its roadholding and agility. A driver is unlikely to ever find its limits of adhesion except on winter roads.

The leather filled interior is impressive and individual areas can be finished from a lengthy list of choices, but I thought the “marbled” door casings in the test car looked out of place. 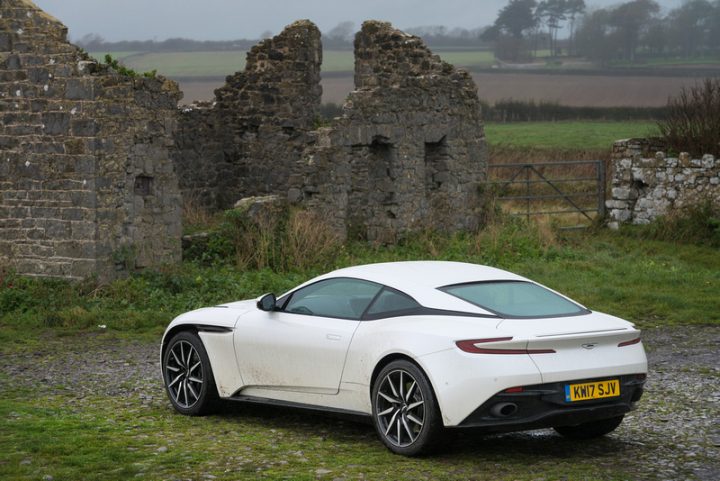 The ultra smooth exterior lines of the DB11 really flow from front to back, around both ends and over the roof in a most satisfying style which captures airflow to improve stability and cooling at the same time.

Outwardly it engenders remarks about its styling and inside it makes occupants comment on its luxury, but for the driver it simply makes your heart beat and feel more at one with the world, and your DB11 or course. Now where’s that list? 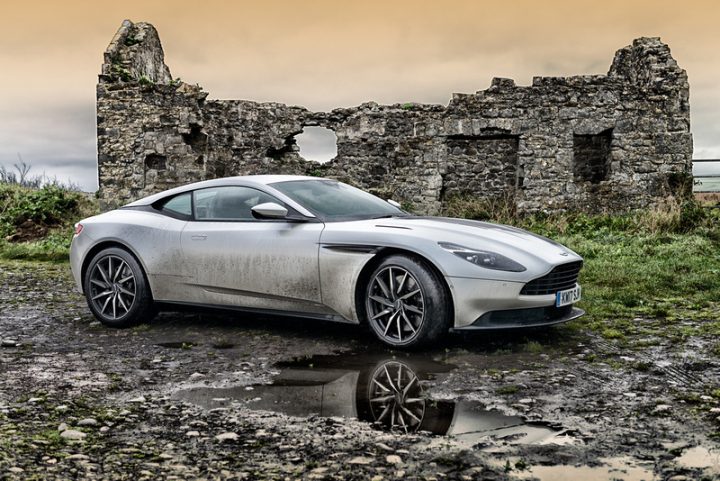