You are here: Home / Motorsport / 2019 / Champions clean sweep in Ypres

For Edwards and his M-Sport team they repeated their 2018 win in fine style to take maximum BRC points, sixth overall and with it the Tony Pond Award for the highest placed British crew. 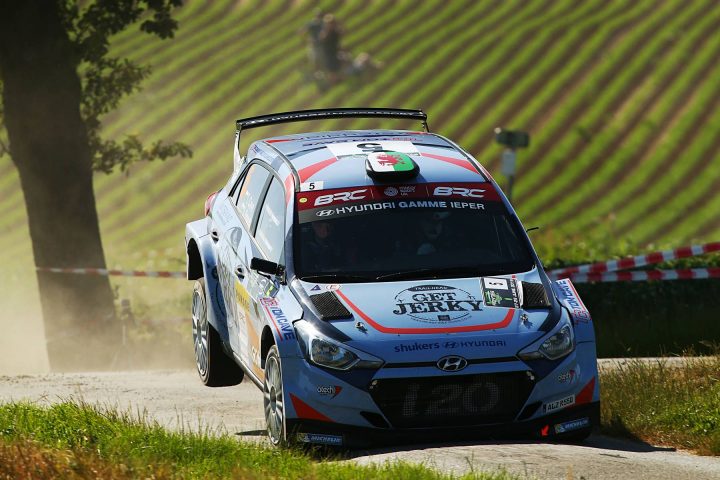 Tom Cave and Dale Bowen in their Michelin-supported Hyundai i20 R5 put a pre-event Free Practice off into a ditch behind them to take their first Ypres finish and second on the time sheets while Edwards’ M-Sport stablemate Alex Laffey and his co-driver Stuart Loudon took their best result in the BRC with third – making it three BRC drivers in the overall top ten.

After the mid-season summer break, the British Rally Championship returned to action with the legendary Ypres Rally providing the challenge for the best of British runners. Under sweltering heat, the fourth round of the series would be played out on the Tarmac roads in the Flanders region with huge crowds enjoying the ditch-cutting exploits from the visiting crews.

As well as picking up season rivalries, the Britain’s premier rallying championship runners were to go up against the Belgian Championship teams and some of the world’s best drivers including Kevin Abbring, Freddy Loix and WRC star Craig Breen. It was to be former BRC star Breen who would win the event outright with Paul Nagle in their VW Polo but the action behind was to be red-hot in the British Championship classifications.

The 23 stages over a two-day long event would provide a crucial landmark in the championship with Ypres providing the make or break point in the calendar.

Welshman James Williams and English co-driver Tom Woodburn dominated the Junior BRC section in their brand-new EDSL Sport Ford Fiesta R2T. The pair missed the previous round on the Pirelli, but that didn’t deter the young duo as they blitzed the competition to win the Junior BRC section by nearly nine minutes and in the process chalked up an impressive 16th overall. It was to be a textbook drive by Williams and a carbon copy of his 2018 result as he also came out top front-wheel-drive car over the entire event and in the process gave the new M-Sport built Ford Fiesta R2T one of its biggest wins to date.