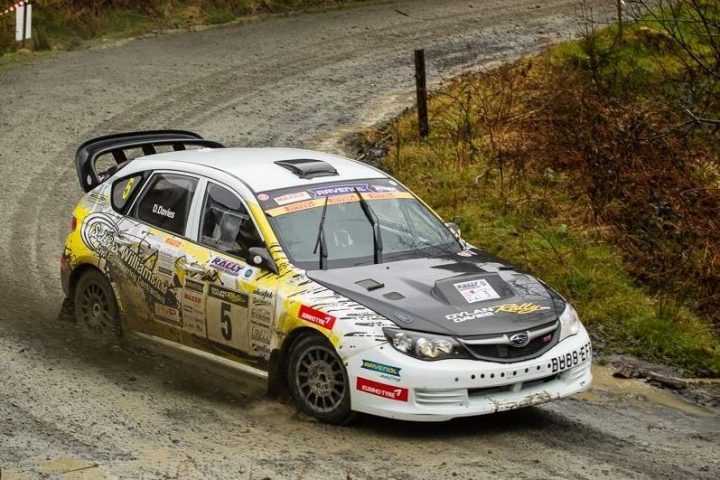 With the return of Pirelli as title sponsors, along with RAVENOL’s continued support of the Clubman competitors, the Championship looks to follow up its thriller 2018 season with another bumper year.

It was Dylan Davies (above) who took the 2018 title taking the Championship on countback after tying on points with BRC and BTRDA Champion Matt Edwards. It was a similar outcome in the co-driver category, Llion Williams just pipping Darren Garrod.

While Dylan will be absent from this event, Llion teams up with Ford Escort driver John Rowlands. Matt Edwards will also be out on the event teamed with Patrick Walsh in their R5 specification Ford Fiesta. Meanwhile, 2018 RAVENOL Welsh Challenge winner and Junior Champion driver Matthew Hirst teams up once again with RAVENOL Welsh Challenge winning co-driver Declan Dear in the Mitsubishi Lancer Evo IX.

Making a return to the series are 2003 Champion driver Brian Bell and 2009 champion co-driver Paul Spooner in their R5 specification Ford Fiesta. 2018 Group N champion duo Scott Faulkner and Gareth Parry will begin the defence of the title in their Mitsubishi Lancer Evo IX, with opposition coming from, amongst others, the similar car of Russ Thompson and Andy Murphy.

Among the Subaru Impreza mounted contenders are Keith Gapper and Jordan Wilkinson along with Ron Hall and Phil Spilsted.

The two-wheel driver category enjoys additional support this year from North Wales based motorsport retailer Lightninghouse and a healthy entry for this opening round suggests a fiercely fought season for the category once again.

With 2018 Champion Max Utting not entered for this opening round, a whole host of crews will be looking to grab an early advantage in the Championship points table. Amongst those crews are Welshpool’s Zak Hughes teamed with South Wales co-driver Tom Woods in their Ford Fiesta ST, and Merseyside based stand-up comic and presenter of the Absolute Rally podcast Tony Simpson, also in a Fiesta. Another Fiesta ST is that of North Wales duo Rhydian Price and Steven Brown while among an interesting array of rear-wheel drive competitors is Tom Llewellin, son of former British Champion and Welsh rallying legend David Llewellin, in an historic specification Mark 2 Escort. The slightly more mature pairing of Hugh Hunter and Rob Fagg will be out in a similar car.

Providing some opposition to the Ford machinery will be the Hillman Avenger of Baz Jordan and Paul Wakely along with the Peugeot 206 of Damian Thomas and Paul Bevan.

With the junior category of the Championship enjoying support from onthepacenote.com and most of the individual classes boasting strong entries, there should be plenty of stories to follow throughout the day.

The Cambrian Rally may be just the first round of eight in a calendar that takes us all the way through to November but, as last year’s title battle proved, every point can count so expect all the Championship contenders to be on the pace from stage one. 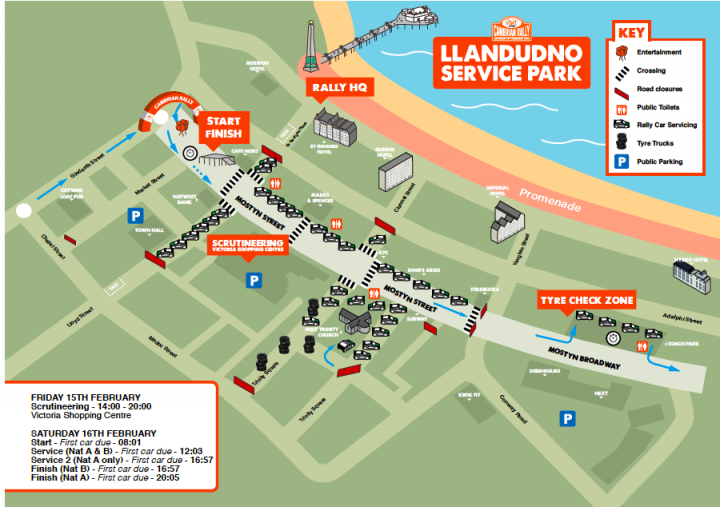 Information on where to see the cars in action can be found on the rally website, cambrianrally.co.uk and you can find our more about the Championship at wnrc.wamc.org.uk, on the Championship Facebook page and on Twitter, @WnRC.

135 cars will leave the start ramp from the centre of Llandudno this Saturday when the opening rounds of the British Rally Championship, Welsh Association Rally Championship and the BTRDA series all congregate on the North Welsh town.

Contested over 10 special stages the action takes place over a 12-hour period before we know who is the initial leader of the British Rally Championship.  It will see 19 of the top class R5 cars start, with 20 of the powerful R2 cars also making up the field.

Llandudno is the home town of 2018 British champion, Matt Edwards but the competition to topple his crown is intense. Fellow Welshman, Tom Cave is desperate to add the BRC trophy to the mantelpiece in reception at the Trefeddian Hotel.  David Bogie has had a love-hate relationship with the championship since 2016 and is desperate to add to his sole BRC Scottish victory in 2017.  From over the water, Marty McCormack has already started his year with a victory.  Desi Henry and Jonny Greer will be seat-fresh from their outings on the Galway Rally but will it take long for them to adjust from asphalt to gravel?

Thanks to the support of Conwy County Borough Council the rally will be based right in the centre of Llandudno, taking over the town centre and hosting many other attractions whilst the rally cars are out on the stages, this is the best way to promote our sport.