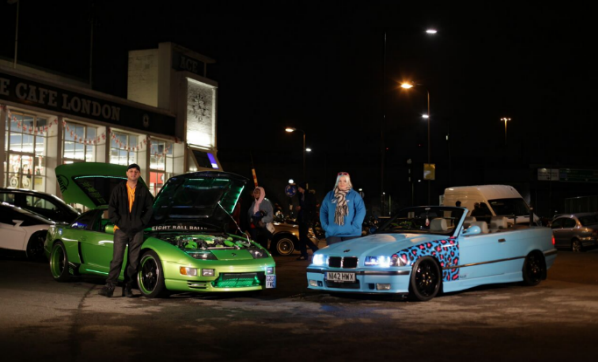 Ahead of the 2016 Formula 1 British Grand Prix on Sunday, Channel 4 is exploring the British motor sports scene and the most extreme cars in the country with a series of original shorts available exclusively on All 4.

Britain’s Best Boy Racer goes under the bonnet as a bunch of passionate amateur racers battle it out for the bragging rights of owning Britain’s best modified car.

With contestants jostling to rev each judge’s engine in categories such as best bounce, best classic and biggest personality – not to mention most badass – six pairs of contestants go head-to-head over the course of six riveting shorts.

But, if you are looking for more smoke and noise, buckle up and tune into Driving Sideways, a series of six fly-on-the-wall shorts exploring the little known world of Britain’s drifting scene.

Mad Max mayhem, driving at the edge of control. For these car junkies, racing doesn’t just mean going forward. Drifting is a way of life, it’s a hot-headed community and we find out what it is that keeps them shackled in the driving seat.

Meet scene stalwarts such as professional drifter Baggsie and the sponsored Buttsy. For these car junkies, racing doesn’t just mean going forward – it’s all about the drifting, screeching sideways, living for the fumes, dust and speed.

Britain’s Best Boy Racer and Driving Sideways are available to watch now on All 4 at http://www.channel4.com/shorts