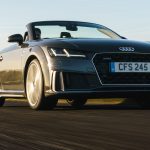 If you believe that life is a beach, then the Audi TT has been riding on the crest of a wave, writes Robin Roberts.   Its success over 21 years has been awesome and the envy of many manufacturers, not because it’s particularly clever but because it’s essentially simple and satisfying in any situation. For a comparatively small car in the line up there’s a staggering 40-strong … END_OF_DOCUMENT_TOKEN_TO_BE_REPLACED

Automotive data company hpi has compiled a list of vehicles which it thinks could prove to be future classics. Motoring analyst Clive Wilson identified ten cars that are relatively cheap to acquire, are holding their values and could potentially become future collectors’ items, representing a potentially good buy for people willing to make an investment. hpi’s future classics list and current … END_OF_DOCUMENT_TOKEN_TO_BE_REPLACED 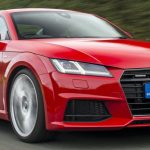 The Audi TT is the most likely modern car to become a future classic, according to more than a third of British and Irish drivers, despite only 5% having owned one.  Polling over 1,000 drivers across the UK and Ireland, Carole Nash quizzed the nation about which car they think has the greatest chance of becoming a future classic, on the back of launching its latest free prize draw. More than … END_OF_DOCUMENT_TOKEN_TO_BE_REPLACED 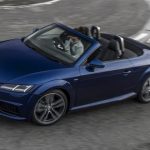 Audi is further expanding its iconic Audi TT range this week by introducing new, third generation successors to the popular TDI quattro Coupé and Roadster models. Slotting into the line-up alongside the established front-wheel-drive TDI ultra efficiency champions, the new all-wheel-driven versions are now available to order priced from £34,230, and are due to start arriving with UK customers in … END_OF_DOCUMENT_TOKEN_TO_BE_REPLACED

Audi has added a new intelligent 4WD 145mph version to its TT range. The 184ps 2.0TDI automatic can be ordered from early next year for spring delivery in Coupe or Roadster versions and prices will be given in a few weeks. Alpine opened reservations for its ‘Première Edition’-  an exclusive 1,955 limited-edition version of its upcoming production car. Reservations can be made via … END_OF_DOCUMENT_TOKEN_TO_BE_REPLACED 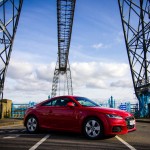 Audi sports cars come with an A-rating for low costs. The latest analysis from cap hpi looks at the total cost of ownership to reveal the 10 sports cars with the lowest motoring costs over the first 3 years. Once all the servicing, fuel and other motoring costs are taken into account, which cars perform the best? The Audi TT Coupe 1.8FSI sports 2DR has the lowest total cost of ownership, … END_OF_DOCUMENT_TOKEN_TO_BE_REPLACED 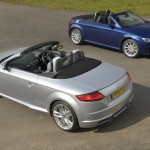 The car which underlined style has just got edgier. The third-generation Audi TT Roadster now on sale boasts more in-car technology and greater efficiency from its powertrain while delivering greater agility in the driver’s hands. It’s down to a reworked aluminium and steel hybrid platform which is surprisingly light and comes with the most advanced engines and transmissions and sitting on … END_OF_DOCUMENT_TOKEN_TO_BE_REPLACED 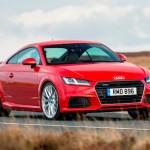 The UK is the largest market in the world for Audi TT sales, well ahead of Germany and the USA and the first models in the third generation will soon be arriving in this country.  Last year UK sales were around 6,500 units.  Audi no longer gives the media sales forecasts despite their successive record years of sales. They did say at the media launch for the new TT Coupe  they expect to … END_OF_DOCUMENT_TOKEN_TO_BE_REPLACED