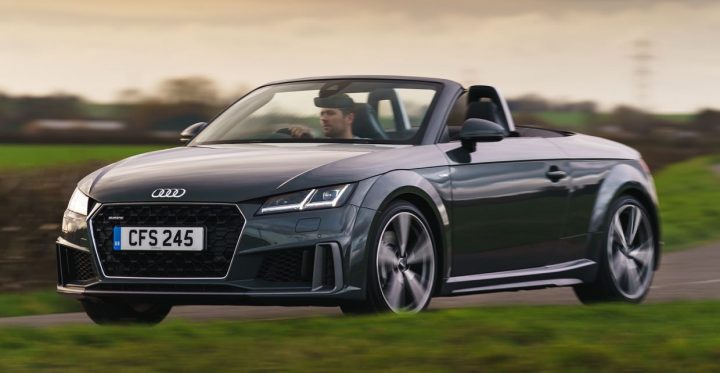 If you believe that life is a beach, then the Audi TT has been riding on the crest of a wave, writes Robin Roberts.

Its success over 21 years has been awesome and the envy of many manufacturers, not because it’s particularly clever but because it’s essentially simple and satisfying in any situation.

For a comparatively small car in the line up there’s a staggering 40-strong choice in two or all wheel drive, with coupe or cabriolet bodies, diesel or petrol engines attached to manual or automatic transmissions. No wonder you see so many on the roads.

The first Audi TT appeared in showrooms in 1998, was revised in 2006 and the current model on the newest VW Group MQB platform went on sale in 2014.

Today’s range may shrink as diesel engines seem doomed but the reality is the petrol engines are very good and a more compact series would bring substantial savings in manufacturing, so it could continue for many years. 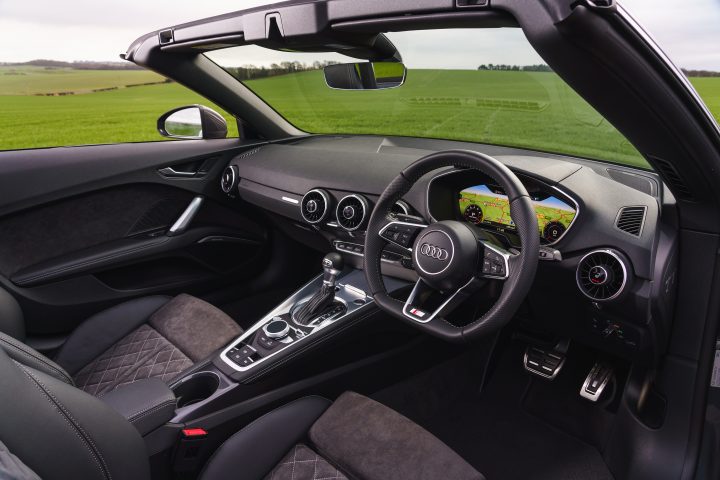 With spring approaching I really took advantage of the latest Audi TT Roadster 45TFSI 2.0 S-tronic 245ps with its fully electric folding canvas roof. Our short spell sunny days are lengthening and the ability to open-up or snuggly close the roof in a matter of seconds is one of the best features.

It’s a highly sophisticated system which slightly drops powered windows while it stows behind a tonneau cover or reverses the procedure to securely close the glass against the roof sides. Wind and water-proof it’s a delight to experience and use because its so refined. 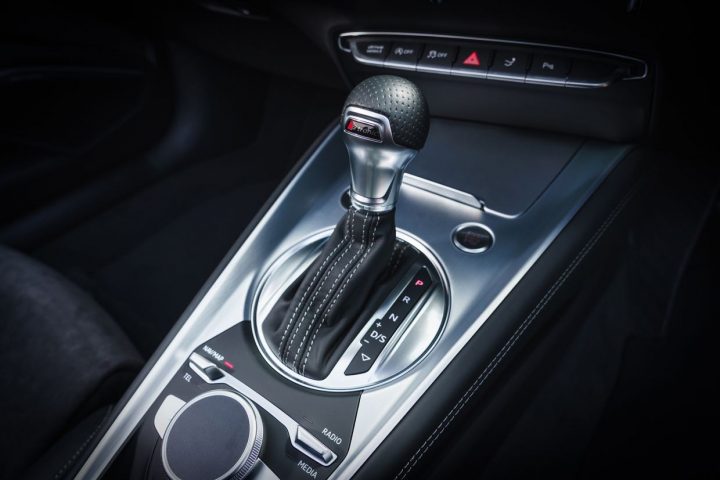 That also extends to the powertrain and the very beefy 2.0 turbo-petrol engine with its seamless seven-speed direct shift gearbox, and the ability to fine tune responses with comfort, normal, dynamic and eco modes to make the most of any conditions and driver’s character.

The upper ratios in the automatic box are overdrive and on long runs in the most miserly setting we saw near 40mpg at times.

The instant punch of power if needed is there and the changes are silken and swift with little advantage gained in using the manual paddle shifts on the column for most occasions.

Then sometimes you want to use them for the feel and fun of it and there is no drawback, just delight.

It’s quick and safe from standstill to the legal limit, cruises with utter composure and can be surprisingly economical when you want it to be.

I liked the very smooth, easy and feelsome steering and the way the brakes applied power without much effort and no drama. It also held on our steep slope when we tested the parking brake itself.

The big wheels and tyres did produce some road noise and on normal setting the ride was firm, noticeably softening in the comfort mode and firming up as we moved into the sportier side of the scale.

With its quattro or four-wheel-drive transmission and grip there is never a moment’s concern for its cornering ability on any surface and that is so reassuring in our climate in the UK. The highly developed system means there are nothing but benefits to be had and the whole car stays planted on the road and responds to the driver’s input with sharpness and confidence, and no concerns.

The road noise can be joined by a busy engine note when it’s stretched but that’s not really intrusive and with low wind or other mechanical sources the Audi TT Cabriolet is a quiet car despite its lack of a metal roof. 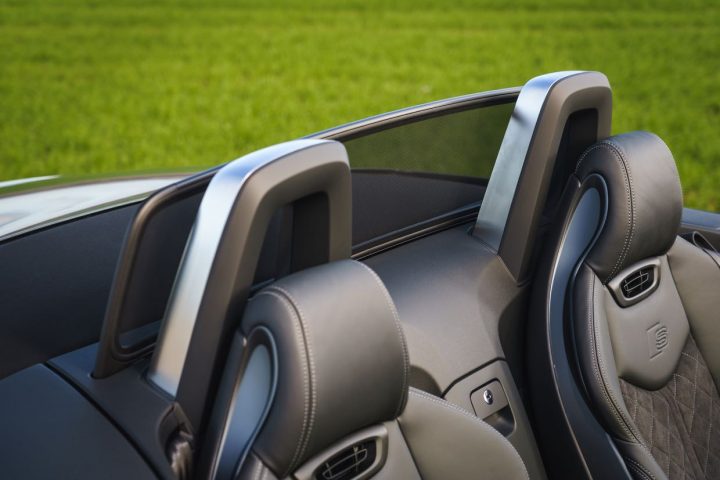 Occupants have a comfortable cabin, unless you’re over six feet tall but the backrests and cushions are well shaped with modest adjustments. You can use heated seats for the coldest conditions while the climate control is excellent with simple, efficient and effective output and a windcheater mesh is very useful. 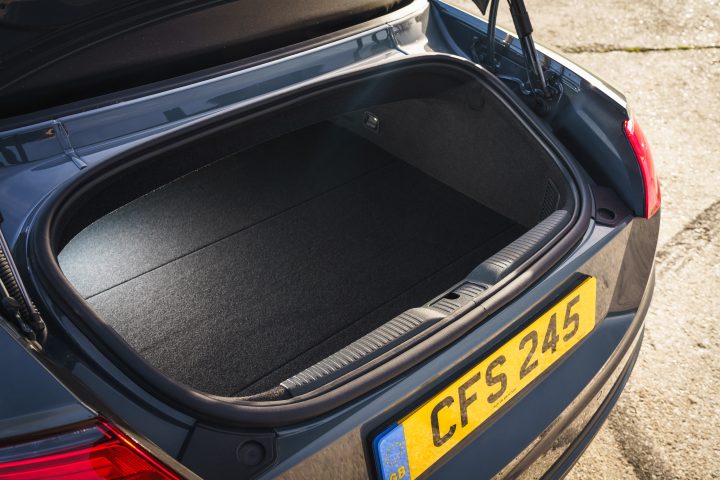 Oddments room was limited and a bit frustrating if you generally carry a few things on trips and the space for luggage or shopping in the boot was small and low. 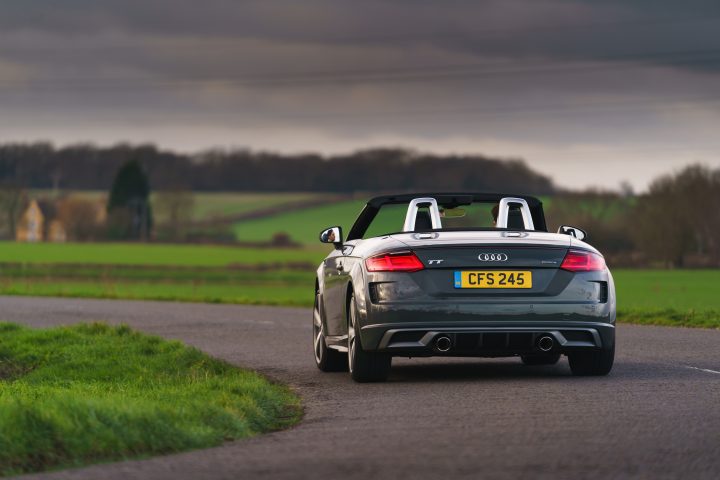 Visibility was a slight compromise with the roof erect but much better when folded down; the lights and wipers were excellent. Our car came with over £8,300 of options, so you really can bespoke an interior.

The Audi TT has become an icon of the early 21st century, a future classic you can buy now and enjoy because it has few faults and none of these are more than irritating, a bit like sand in your shoes.