You are here: Home / Education / Wrap a rally car of your own 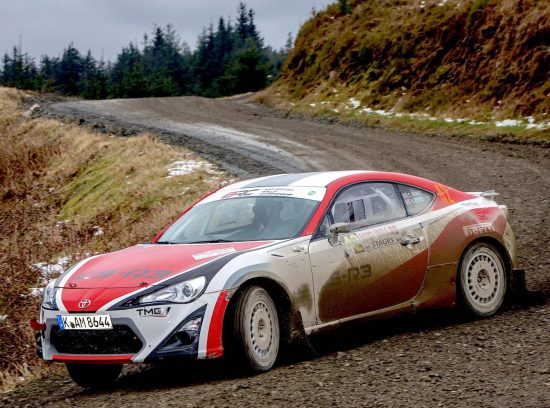 Wales Rally GB has launched a competition giving students in the region a brilliant opportunity to see their own livery design applied to the GT86.

The winning entry will be unveiled and displayed in the event’s Rally Village right at the heart of the four-day spectacle in October.

The competition is being jointly coordinated by the rally organisers and the Engineering Education Scheme Wales (EESW) on behalf of the Welsh Government and is open to all primary schools, secondary schools and colleges in the region, with entry categories for Key Stages 2, 3, 4 and 5.

Winners of all four categories will be invited to the Rally Village to be presented with rally merchandise goody-bag prizes courtesy of Performance Clothing and to enjoy a special behind-the-scenes insight into one of the world’s most exciting and technologically advanced sports.

The overall winning design will be applied to a Toyota GT86 sports car kindly provided by Toyota UK and then unveiled by a WRC rally star on the eve of the event. The partnership with Toyota is both apt and timely as the Rally Village is located adjacent to Toyota’s Engine Manufacturing Plant in Deeside and the company returned to the FIA World Rally Championship at the start of this year.

To promote the competition more than 50,000 bi-lingual flyers are being distributed to schools and colleges within Wales and further afield, with educational establishments also being sent the information online.

The 2017 theme is ‘Rally Legends’, featuring an even more diverse and appealing spectacle. This will not only include Group B champions but also standout rally cars from other past epochs such as ever-popular Minis and Escorts from the swinging sixties, Group A and the more modern WRC generation that was introduced 20 years ago in 1997.

The Rally Legends display will be open to the public throughout the fabulous day-long event and will also be unleashed for evocative demonstration runs on the parkland stage at Cholmondeley Castle. They will act as the perfect curtain-raiser to the latest incarnation of powerful and thrilling FIA World Rally Championship cars which will arrive in the middle of the afternoon.