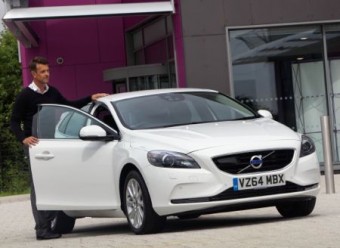 Volvo has raised its game in the all important C-sector with its newest Drive-E diesel and petrol engines.

The 2.0- litre engines produce more power and lower emissions than the units they replace but more significantly they also beat rivals from BMW, Audi and Mercedes-Benz. First seen in larger Volvo 60, 70 and 80 series cars from late 2013, the new D4 engines will be gradually introduced throughout the Swedish manufacturer’s range over the next three years as their in-house designed and manufactured engines break away from units sourced through Ford from the time when the US giant owned the brand between 1999 and 2010.

Comparing a 4-cylinder Drive-E engine to any 6-cylinder engine, there’s a noticeable weight and size reduction for the same power, so fuel economy savings are anything from 10 to 30 per cent, depending on which engines are compared.

Now in the hands of Geely, Volvo is enjoying steadily rising sales in the UK, up 20% last year in a market which rose 10%, and the V40 series is their best seller and accounts for 44% of its UK sales with about 60% company acquired and nearly all are diesels.

Of these, 45% are the sporty looking V40 D2 R Design but as more engines are rolled out the more powerful D4 derivatives are expected to take over, said Iain Howat, Volvo’s head of product and pricing, who expects to sell 20,000 V40s this year and more in 2015. 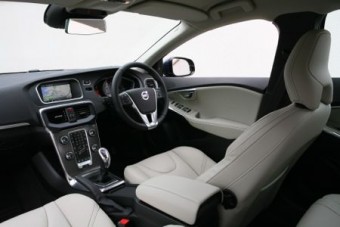 Volvo has been working on the 2.0 D4 four-cylinder engines with multi-phase injection since 2007, started testing them two years later before full production in 2013 and went into the larger cars in its range early 2014, said Volvo PR manager Nikki Rooke.

“Our new diesel and petrol engines produce more power with lower emissions than our rivals of the same size and that means they attract lower BIK tax for company users as a result,” she said. “You have a diesel producing 190hp but which produces sub-100gkm and there is nothing that close on sale from other manufacturers.”

Fleet sales are vitally important to Volvo and the diesel could also see a further lift when the 3% additional levy is lifted in 2017, unless a new British Government imposes a new tax charge to cover the NOx emissions, which are increasingly becoming seen as dirtier than CO2.

At the same time as the new diesel and petrol engines enter the V40 range of hatchbacks and Cross-county tourers, the latest eight-speed automatic transmission has been fitted exclusively to the 245hp T5 R Design and its optional on the hatchbacks.

This Geartronic model offers fully automatic mode or a semi-automatic sport function with a box which has been carefully developed to work with the high performance turbo-charged engine and match its power output at particular revolutions. It also has an ECO+ mode to optimise fuel savings at the expense of absolute performance.

Volvo’s complex model range structure continues with the new comers in hatchback and Cross Country styles and a variety of power outputs with SE and Lux trim levels as well as specific design and body kit packages which influence suspension settings. 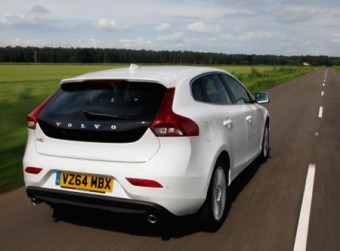 The suspension settings are firm as the system has to potentially cope with some off-road use and it also produces road rumbles from the intermediate tyres, and the body rides higher than its stablemate hatchback equivalent but its still reasonably comfortable thanks to the thoughtfully designed seats.

The hatchback V40 D4 six-speed manual with 190hp diesel engine was much better riding and noticeably quieter, while retaining very good pick up from low and in mid-range and on a brief test it indicated 50.2mpg compared with 38.2mpg from the sportier petrol model.

Both models oozed refinement and sophistication even if the on-board computer was not as easy to use as it could have been. The grouping of many secondary buttons on the central stack ahead of the gear-lever continues with the new series and the other controls are grouped around the column and wheel.

Both models steered and stopped well without any issues but my head has learned to dodge the rearward steeply sweeping A-pillar which catches out the unwary in what is otherwise a very safe car thanks to its electronic technology looking out for the occupants and even pedestrians.