You are here: Home / Featured / Weekend roadtest: Volkswagen Move up! 1.0 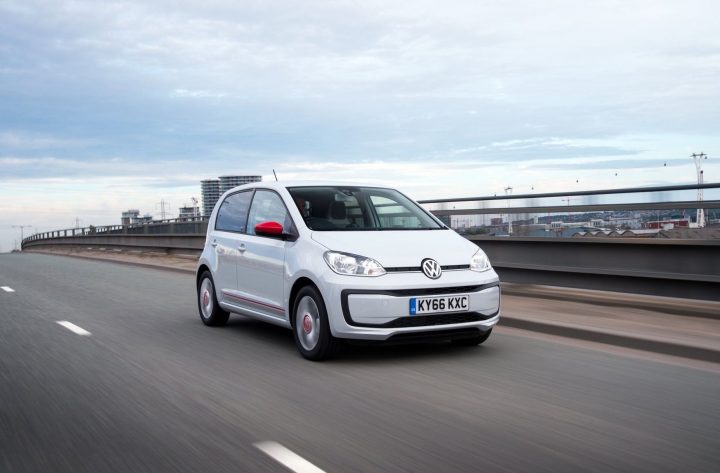 Small cars can sometimes give a tester the biggest surprises, such as the Volkswagen Move up!, says Robin Roberts

The petrol versions come in three or five-door bodystyles with a choice of five-speed manual or five-speed sequential automatic transmissions and four trim levels in addition to getting the advanced Blue Motion Technology, which has a stop/ start facility, and more recently the all-electric model.

European drivers love small cars and the Volkswagen Group created a new small family platform which it showed in concept form in 2007 before launching it as the up! in 2011. Available in the UK since 2012 it has been occasionally updated and enhanced with a definite edge towards younger buyers including specific Beats versions with high quality in-car entertainment.

Essentially a city car it actually covers the ground quite well between urban areas and if you anticipate and have room, it can be hurried along at a respectable pace through the countryside.

The willingness of the sub-1 litre engine brings a smile to the face, particularly when you realise it can be a very economical car as well, thanks to the stop/ start Blue Motion Technology.

Occasionally you wish it had a sixth gear to reduce the busy nature of the engine, and push that economy still higher, but for most of the time the five-ratios are well matched, their selection is easy and positive and it will comfortably hold the 70mph maximum.

Off main roads the steering is very light, possibly too light for some, but the turning circle is tight and it does not suffer from kickback or vibration.

The braking system on the test car had the optional City Braking system which automatically slows the car if it thinks there is going to be head on crash, but to my mind this should be standard, not an extra.

The brakes needed only modest pressure to effect a rapid stop and the parking brake held it on our test slope without any slippage. 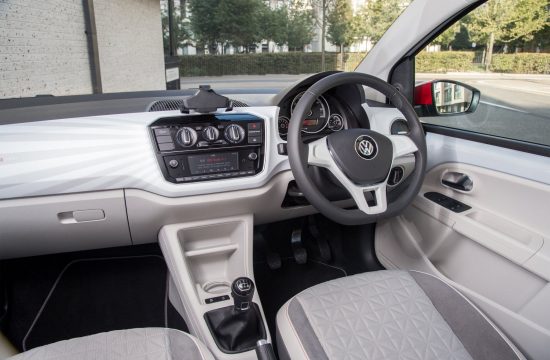 Secondary controls are necessarily close to the driver’s hands and fingers, and work well while the instruments are straightforward and clearly marked infront of the driver. I liked the easy to understand heating and ventilation which was effective in the small cabin and the door windows are electric but there is no sunroof available.

The deep windows all round and slim roof pillars give a clear view while the lights are quite bright and the wipers/ wash are effective clearing the glass, although their speed is not ideal on faster roads.

With three doors you have to expect to wriggle into the back and once inside the legroom there is on the short side, contrasting with that in the front pair of seats. 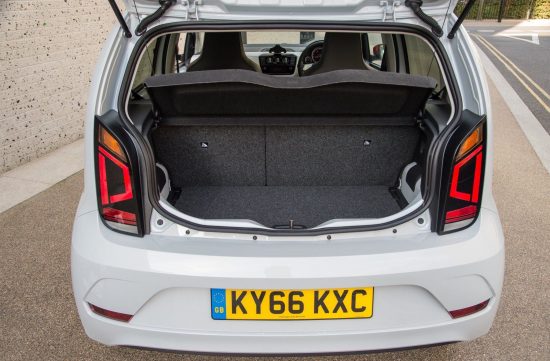 The bootspace is small when the back seats are used, but it more than doubles when folded down. Oddments space is tight throughout.

For a small car, the Volkswagen up! is surprisingly comfortable when used by two, helped by the compliant springing but it means it can roll around tighter turns taken at speed.

There is a tendency for the car to run wide in these situations but it all comes back on line if you ease off mid-corner and everything is very predictable. 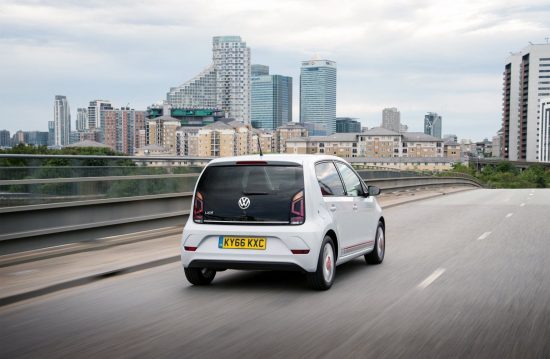 I mentioned the engine noise at higher speed, but that’s really the only intrusion, and then it became obvious only at higher revs in the intermediate gears, but driven with a lighter foot the engine really hums and is not at all unpleasant.

For a small car, the Volkswagen up! has a delightful character and is very easy to live with, particularly if you like surprises apart from Christmas.