To thousands of users, the Toyota Hilux is the golden oldie but 50 years after it hit British tracks, trails and tarmac it’s definitely less of the oldie and actually a very up to date model.

Toyota keep updating but not altering the sound basics of their beloved and highly popular pick-up. With five models to choose it now has the strongest appeal to those who want a workhorse, or a weekend getaway for those with an active lifestyle. It comes with a choice of 2.4 or, as we tested, a 2.8 litre four-cylinder diesel engine, selectable 2 or 4WD and three cab styles. 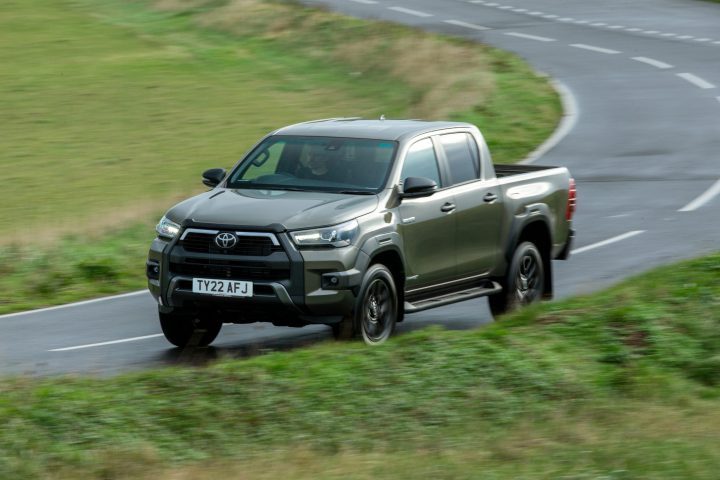 Hilux first appeared in Britain in 1972 and there are currently over 180,600 on and off the country’s roads with sales exceeding 9,560 last year. For the newcomer, Toyota engineers have worked miracles under the platform to really transform its ride.

Although utilising rear leaf springs to take heavy loads, their shape, length and mountings have been carefully re-engineered to reduce firmness and skipping around badly surfaced bends while sensors determine pitch and dip and adjust throttle responses instantly to take the sharpness out of the natural leaning. 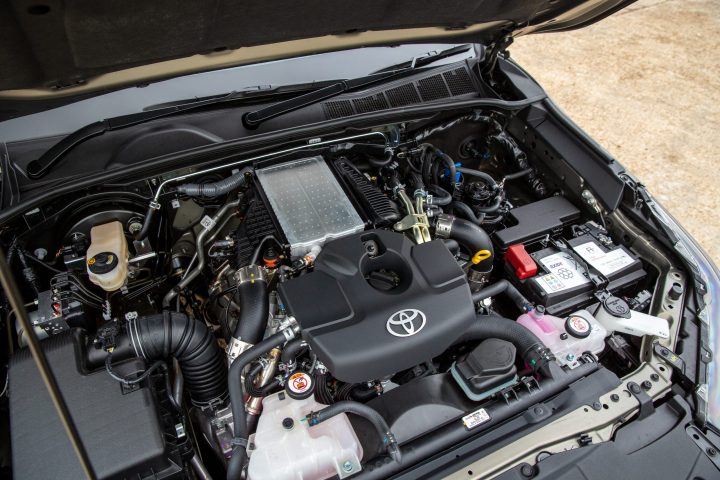 You really have to experience the transformation which has made the Toyota Hillux Double Cab Pickup behave more like a large SUV.

This latest version of the venerable 2.8 litre diesel engine is a solid performer where it’s needed and now comes with some very clever fuel saving features which we can verify will take it to about 32mpg over a mixture of roads. Being a big four pot diesel means it is not as quiet as a petrol unit, particularly when working hard in the lower gears, but it has good mid-range torque for heavy work and towing.

Switching between the Eco or Power mode push-buttons on the transmission tunnel will optimise operations, without reducing ability to do its job in any situation, and the smooth changing six-speed gearbox is delightful to use even if the clutch is both heavy and a long travel. 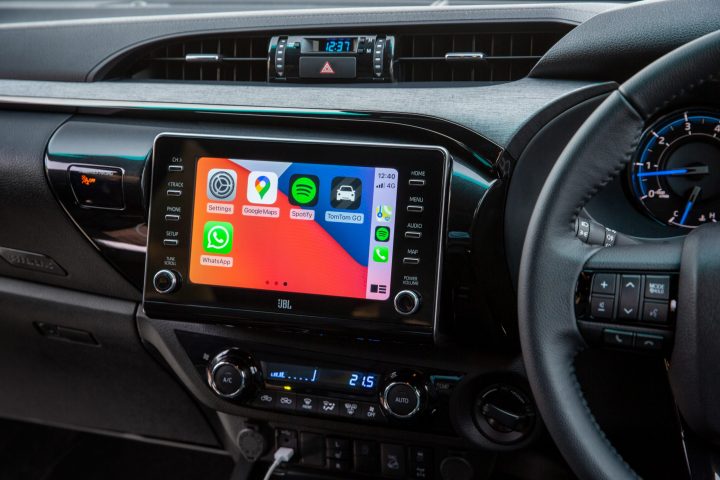 Steering gave good feedback despite needing a lot of arm twirling to manoeuvre in tight spaces, so its power assistance was very welcome and it did not suffer from vibration or kickback at speed or on rough tracks.

Underfoot, the brakes easily and quickly contained speed and the traditional wired handbrake – an increasing rarity these days – held it on our regular test slope. 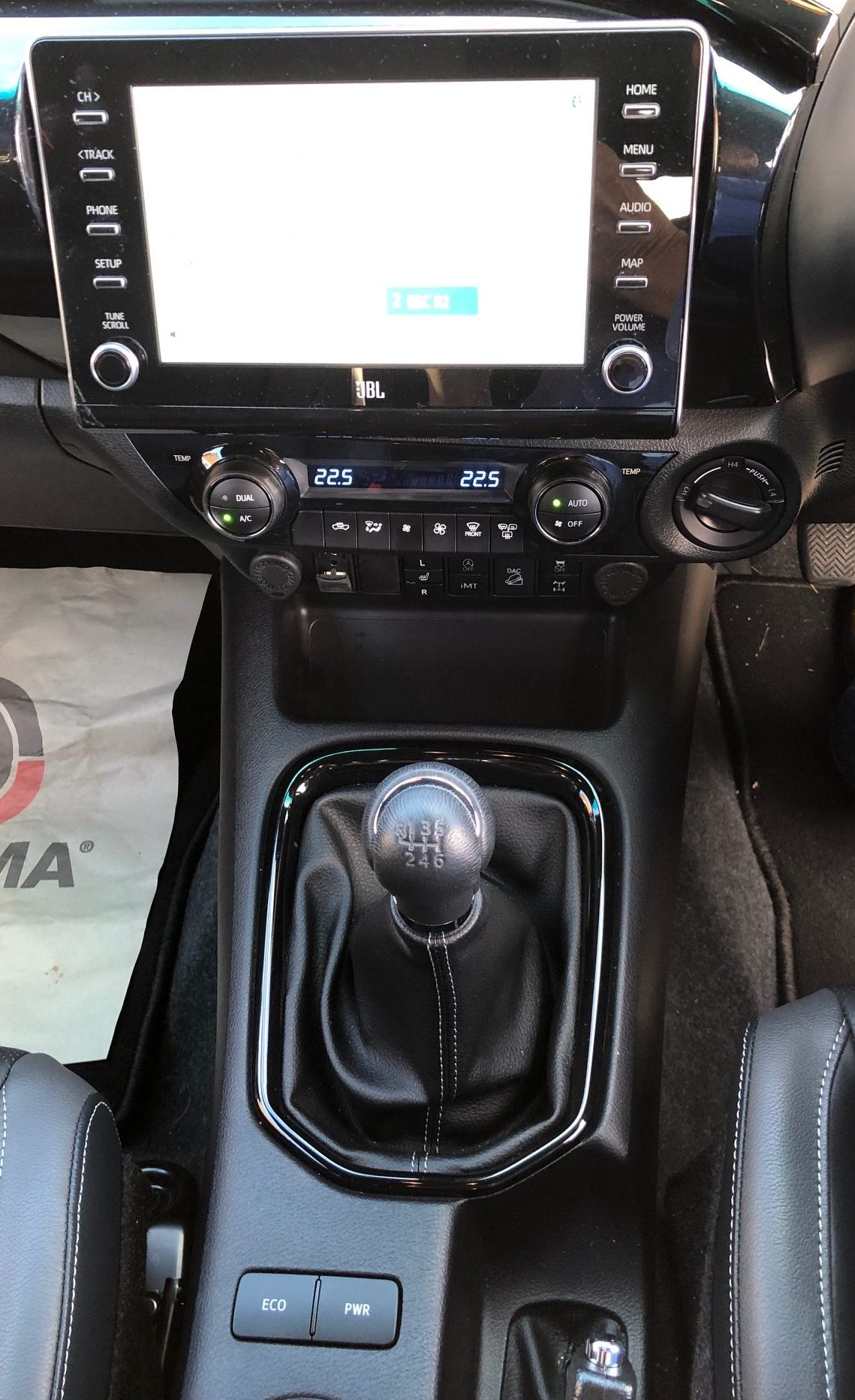 Secondary controls for lights and washers/ wipers were on simple stalks either side of the column with the cruise controls on a third stick under the washer/ wipers lever. Infotainment and vehicle settings buttons were grouped on the steering wheel spokes and were sensibly marked and of good sizes for immediate recognition. 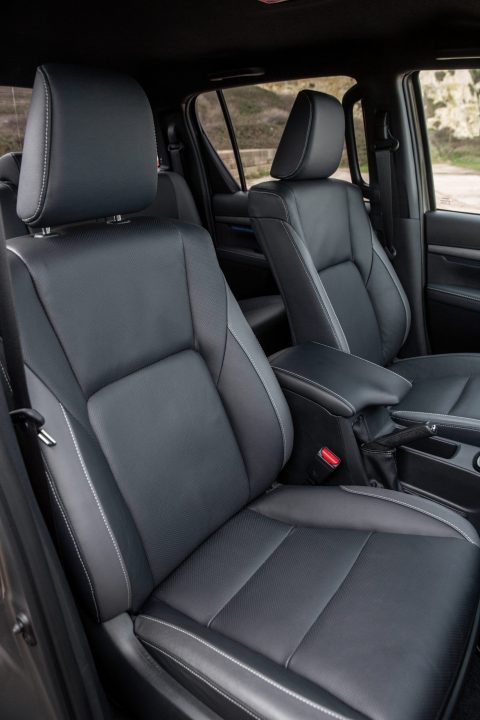 More switches were grouped on the lower off-side of the fascia and also spread over the lower edge of the central console where they were not so easy to locate if you wanted to turn on the heat seating, for example. 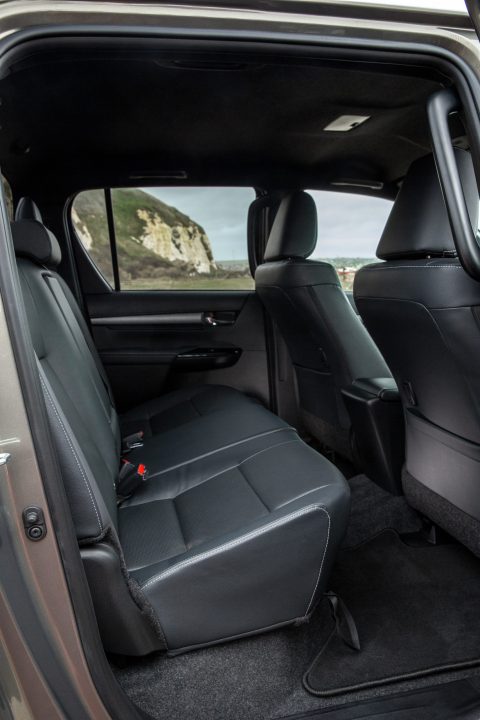 The eight-inch infotainment screen is a multi-purpose display with good chunky buttons either side and touch function for features. It works well and was clear to read. There are also power points infront for 220v and 2x12v accessories alongside a single not too easy to use USB port, but nothing for those behind. Useful to have a cooled upper glovebox though and Toyota Touch2 works with mobile phones of either persuasion.

There are lots of oddments spaces throughout, with big door bins front and back, console trays and bin. 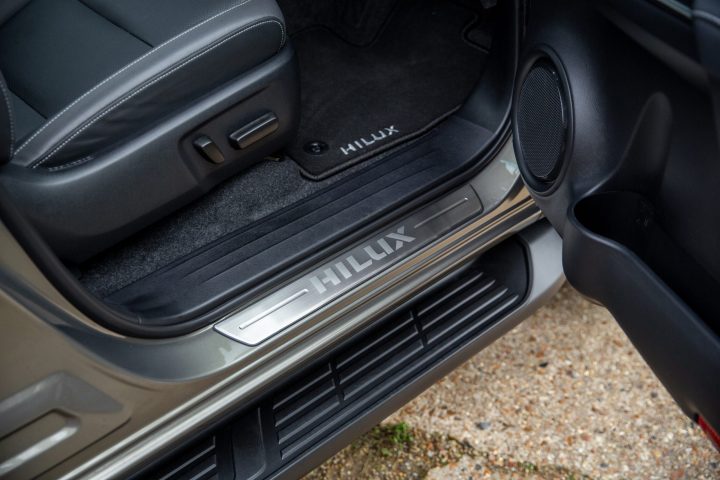 Access is a climb up even for a taller user and our model came with a handy step and grab handle, but once inside the room was very good all round and even the back seat passengers were not crammed in three abreast. 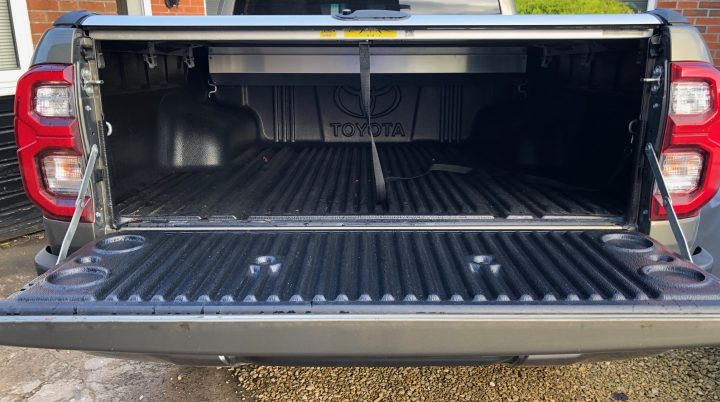 Using the loadbed meant dropping the heavy tailgate and pushing back the long roller cover, which thankfully had a long leash to pull it back over anything, but it’s a high lift and the tailgate needs strength to close, as does the bonnet to open and prop up.

Inside, the Toyota Hilux is a very comfortable pick-up with big, supportive seats, good adjustment on the front pair and clear views to front and side but over the shoulder manoeuvering is more of a challenge and the driver really depends on the 360-degree camera and all round sensors. Bright headlights and big washers/ wipers were appreciated on some autumn mornings and evenings.

The interior is practically trimmed with few frills, but that makes it very hard wearing if a bit boring to look at. However, the room and comfort put it on par with a bigger SUV, and the Toyota’s 4WD ability to go anywhere and importantly, back again, mean it is a much more practical proposition for some users heading off road.

On or off road its handling was faithful and trusted, without drama or disappointment. Good approach and departure angles as well as tall ground clearance combined with that 4WD transmission meant little would defeat it. 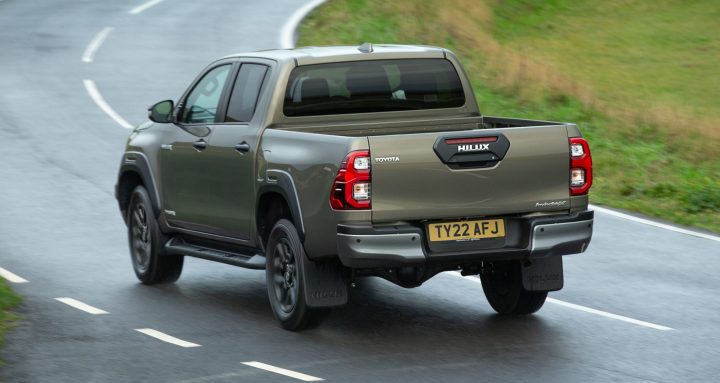