Pick-ups have been the vehicle of choice for generations in the countryside and the backbone of the construction industry.

A few years ago pickup manufacturers raised their game when they realised traditional SUVs were becoming so expensive and a whole new customer profile was appearing in the shape of the active-lifestyle lovers. 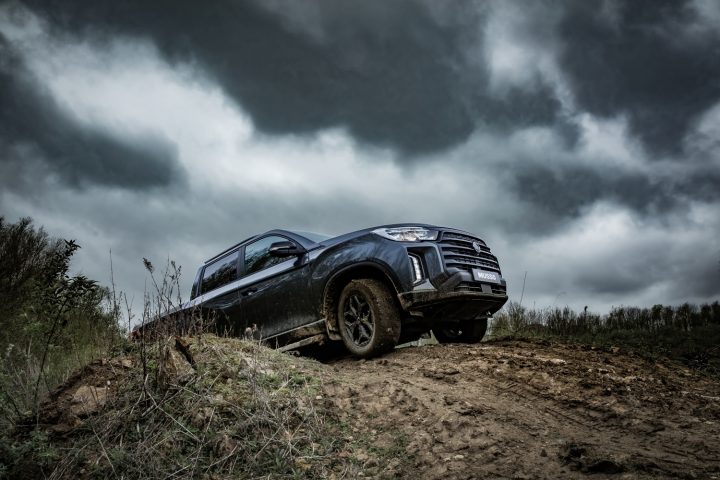 Meeting the twin needs of those who want a pickup for pleasure or one for purpose saw the emergence of the models such as the SsangYong Musso in the dying decade of the 20th century. How times have changed since.

The first Musso from the 1990s has been steadily developed and improved and for its 2022 version is based on the platform of the Rexton, so it feels more like an SUV than most pickups, and that’s a very good feeling. 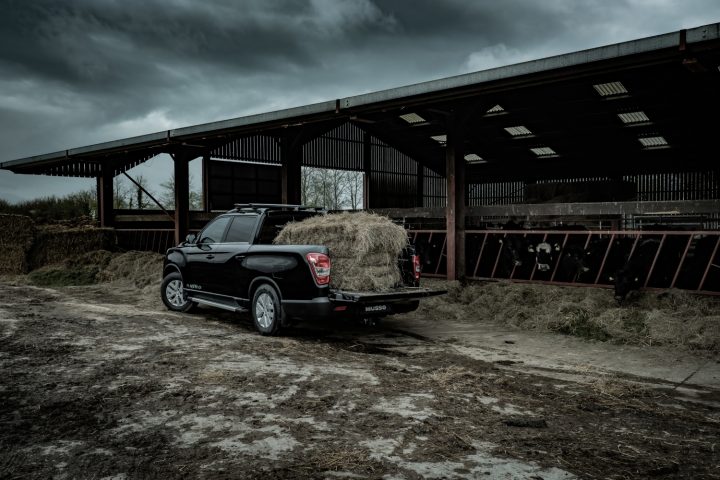 The loadbed takes a tonne payload and it can pull a 3.5 tonne trailer, a unique double achievement in this class so explaining its repeated wins in specialist magazines aimed at the farming and construction industries where a workhorse like the Musso is appreciated.

Constant improvement and development means a much more imposing front end in black on the Saracen and Rhino versions. They all have a really good warranty.

So, it really lacks very little in creature comfort and its room in front or rear seats is remarkably good while the driver and passenger have the benefit of powered adjustment and there is heating for them too. 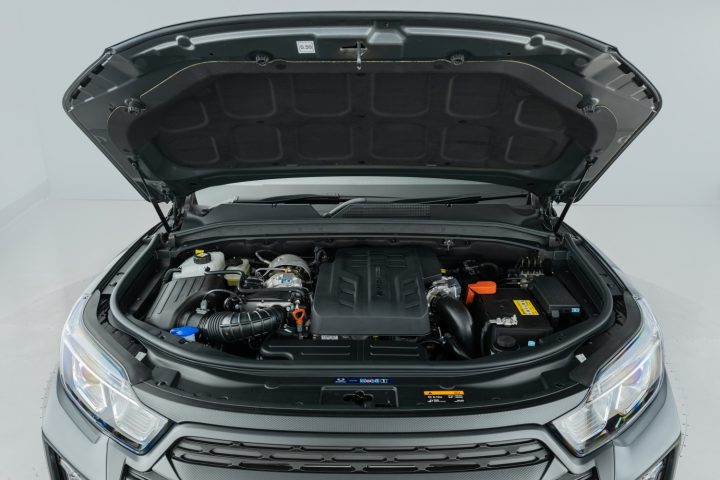 Under the tall bonnet is a very proven 2.2 litre diesel engine now tuned to give more power, greater torque and surprisingly better fuel economy so most users will see over 30mpg.

The tuning changes have improved responsiveness and on-road driveability, extended economy a bit and reduced mechanical noise to some extent but it’s a big four-pot diesel so its not going to be as quiet as a petrol unit. 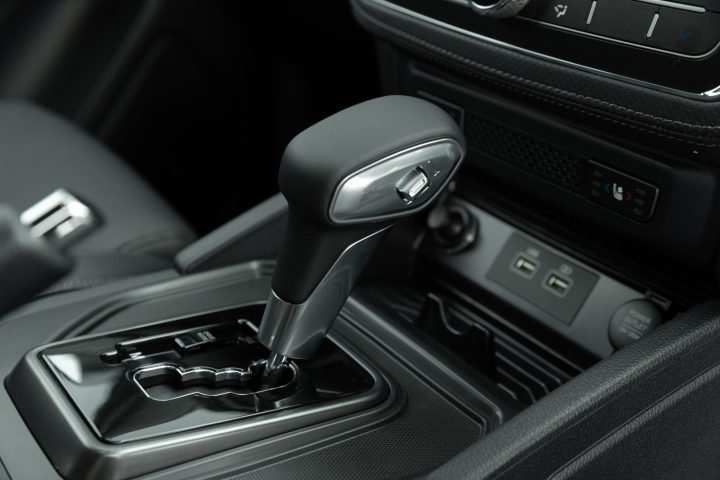 It was fitted with the six-speed automatic transmission and smooth as it was, there were times when it was hunting for a ratio and the changes were not particularly quick. Fortunately, the range change was simply achieved through a rotary selector wheel to the left of the gearstick and that was commendably brisk but not really meant for tarmac use, rather the deep mud and slopes of the countryside.

The big wheels and tyres produced a lot of road noise which came into the cabin and I would have liked more feel through the steering and a tighter turning circle if, for instance, weaving between trees and rocks.

Brakes were well up to their task and just modest pressure brought about strong retardation with a chunky handbrake to hand for slopes and parking. 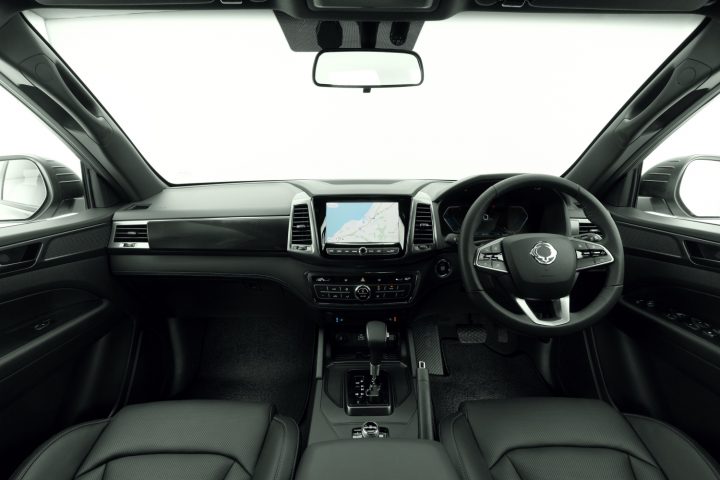 Secondary switches around the column covered lights and wipers, but there was no rear wash/wipe of course, and the blades cleared a good slice of the screen infront. I was disappointed by the weak, short-range and narrow beams which would be a nuisance on a remote mountain track without additional spot lights.

Instruments were big and clear infront of the driver but the infotainment display in the console centre was small by comparison and at times looked cluttered. It also needed to be hooked up to the users mobile device for some features, which can be inconvenient if you don’t have the apps on your phone. 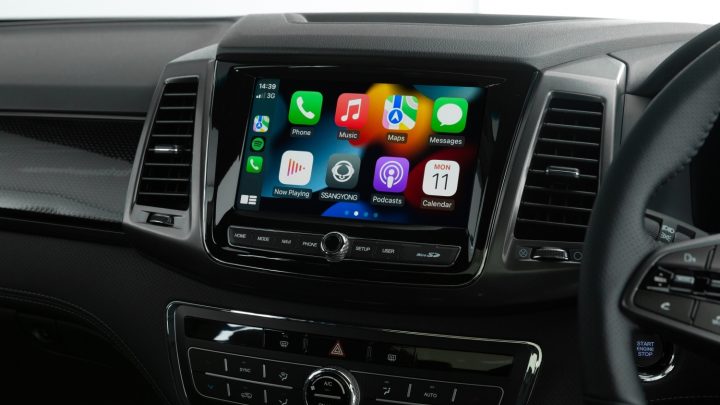 Climate controls were straightforward, comprehensive and worked very well to fill the cabin with selected air where you wanted it and at the amount required, backed up by powered windows all round.

Oddments room was good for a workhorse to push in items of various sizes but we struggled to release the loadbed roller-cover although the tailboard easily dropped level for access. 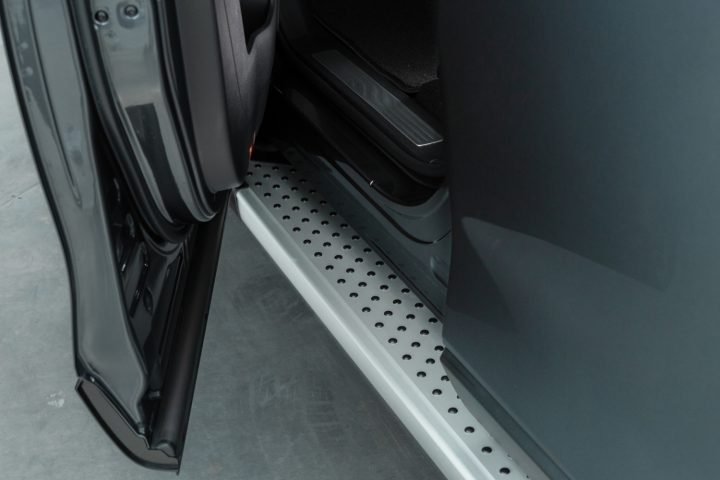 Climbing into or out of the cabin needed a foot on the running board and some dexterity but the room was very good inside for legs, heads and shoulders.

The seats were comfortable, better shaped infront of course, and provided excellent support under the thighs if needed.

Visibility was clear to the sides and front, more restricted over the shoulder with the wide rear pillars and you needed the safety sensors fitted. 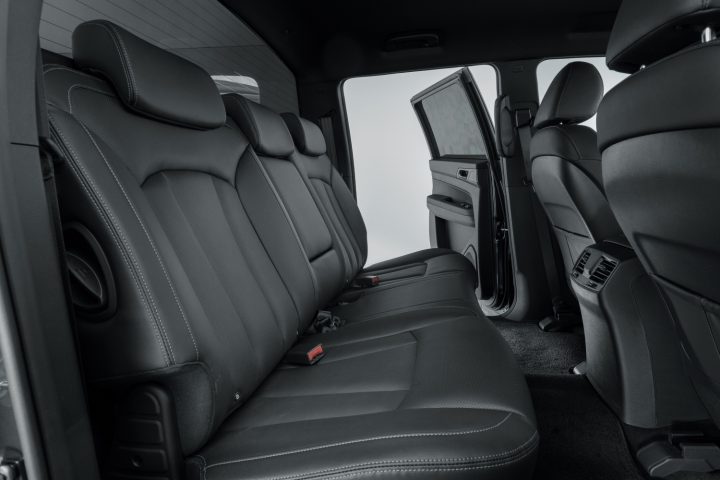 On road handling was good, not exceptional due to the slow responding lifeless steering, but it did hang on well through corners thanks to its independent springing all round. Most bumps were absorbed without complaint.

At the end of the day you have to look at the Musso Saracen in context and compared to rivals it is good value for money, particularly if you’re going to use the space inside and on that loadbed. 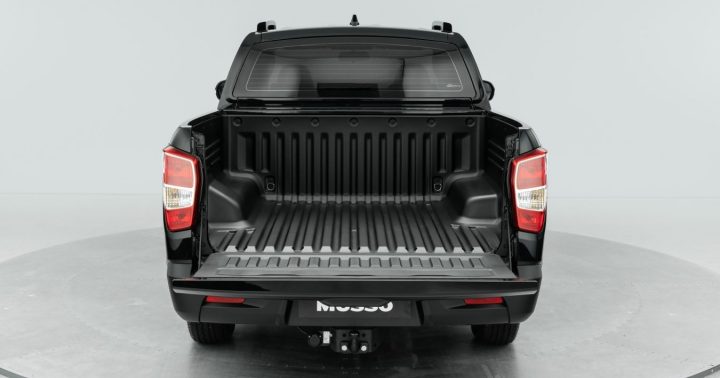 It is also a good deal cheaper than some comparably comfortable SUVs and it has a strong on-road and off-road presence. The Saracen’s benefits outweigh its detractions.