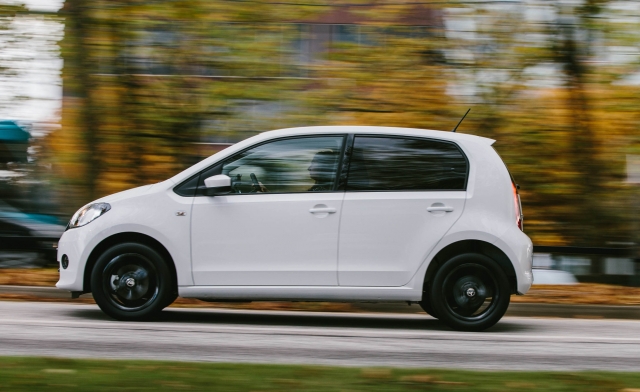 Skoda’s baby car has been reborn and it’s a charmer.

The compact city car first appeared as part of the VW Group line up in 2011 but this summer underwent a facelift to front and back, inside was revised and re-equipped and it has the latest clean engine technology underfoot.

The Skoda Citigo is the baby of the family but still grows to about 20 models in three or five-door bodystyles and five trim levels. They share a common near 1.0 litre three-cylinder engine with 60 or 75ps output matched to five-speed manual or sequential automatic boxes and cost between £7,850 and £10,900 approximately.

Prices have crept up but it still represents good value for money and in the five-door version we tested it offer a lot of practicality even if room is a compromise.

Essentially it has the same engine in two power outputs, its small and lively with low noise until you really push on and the five-speed manual gearbox in our test car did sometimes mean it ran out of breath.

A good progressive and light clutch eases the neat and direct gearchange, the power flows underfoot and it will easily hold its own on a motorway until it faces a long gradient.

Then it can need a downchange, sooner if loaded, but the well balanced feel to the steering is matched by reassuring brakes underfoot and a secure parking brake. 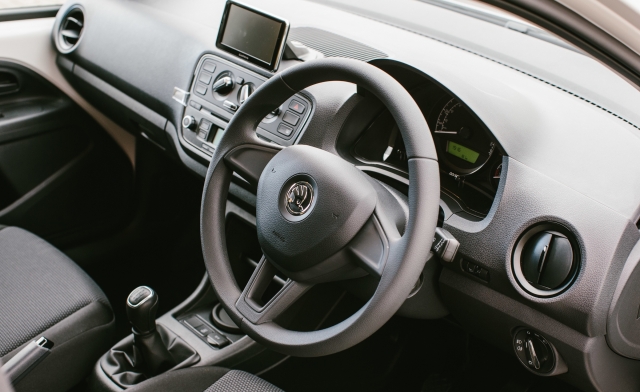 So you don’t really have any concerns with the major controls and the secondary switches are close to hand and worked well around the steering wheel.

A few buttons are hidden low on the fascia while prominence has been given to the climate controls and the system works very well to fill the little cabin with air at a desired temperature. Vents are not very precise and the powered front windows are welcome.

All the windows are big thanks to the low waistline and that means it provides good visibility, ideal for urban parking or precisely placing on a winding road. Wipers and headlights do a good job in adverse conditions.

The Skoda Citigo is agile and light, and this helps economy as well, but what surprises most of all is that it is really comfortable over all but the worst surfaces. It soaks up bumps and tarmac breaks without a problem, it rolls slightly but not too much on corners and it generally stays glued to the road on tight turns. 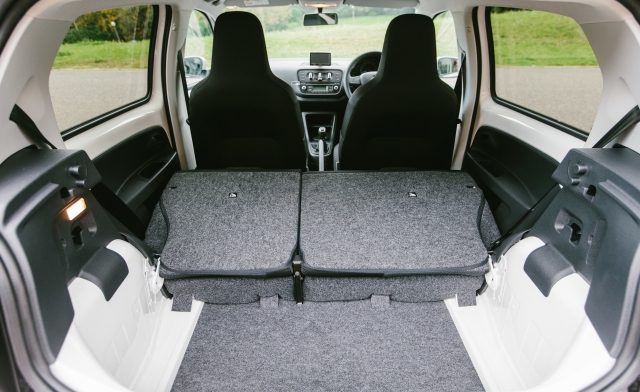 It’s impressive, particularly when you look at the modest power and reflected in its acceleration from rest or through the gears which need anticipation to fully exploit abilities.

Driven within is limits the Citigo is economical and running costs are very low.

For the driver or passengers it has good access, a reasonable but not remarkable amount of room and you have to consider what you’ll carry in the boot or need to fold down the rear seat. The rear sill is high for shopping to unload and it has modest oddments room throughout. 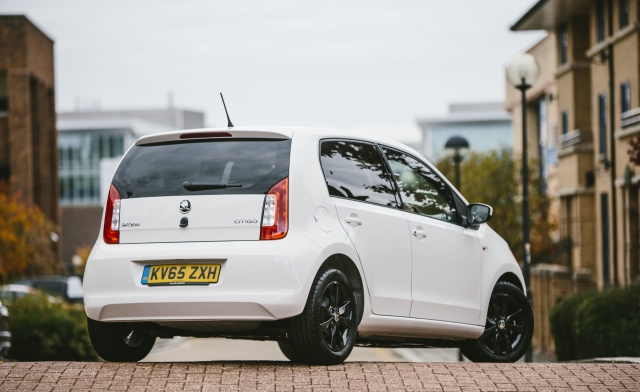 Essentially it is what it says, a city car, but you just know it would relish a run to the country and a chance to get to the seaside.

With the vivid colours there is also the possibility that an older driver would welcome the chance to act young again. It would certainly be fun.