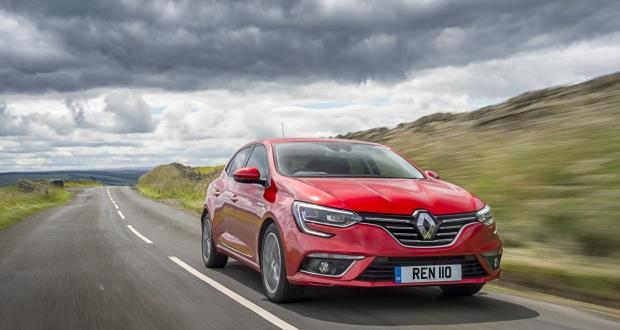 A staple of the Renault range since 1995, the Mégane is now on its fourth course of evolution, and it’s the best, writes Robin Roberts.

Styling is fresh and different both inside and out and it delivers a lot of comfort for five with a reasonable bootspace to carry the family’s weekend shopping or breakaway bags.

In common with other Renault models and the industry in general, the latest Mégane is bigger than the model it replaced last year and the technology has been brought up to date as well, even if the petrol and diesel engines are uprated from familiar petrol and diesel units.

The Hatchback range runs to 25 models in five trim levels with manual or automatic transmission from around £17,250 to £26,150.

Renault love their 1.4 litre diesel engine because is comparatively uncomplicated with just two-valves per cylinder and has common rail direct injection, which means it quickly develops 260Nm at 1750rpm, and its fairly quiet until you get towards maximum revs.

It’s probably not as smooth as a multi-valve engine but you’d hardly notice and the emissions are low while the economy is high, although we never got anywhere near the suggested combined average. Nevertheless it regularly returned over 50mpg without trying.

What it lacked in acceleration compared to more modern engines it compensated with its cruising ability to stay at the motorway maximum without signs of straining, even when loaded.

The light clutch and direct gearchange made easy work of urban use while the steering had a good turning circle and reasonable feedback.

Brakes were good but sometimes emitted odd noises and the parking brake could be quite severe in operation. 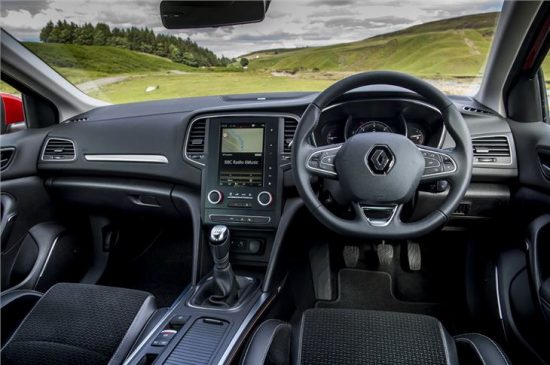 The stalks were well placed with additional buttons on the wheel-spokes and others left to be located on the large central multi-screen, and I found this a slow system to navigate through and activate functions when you found them.

Not the best of systems by a long way and potentially as distracting, or more so, than using a mobile telephone hands-free.

Displays on the console were clear and the instruments infront of the driver were simple.

Heating and ventilation worked well throughout the car and was straightforward. Oddments space was good and a lot of thought has gone into easily finding things.

For driver and passengers the access was good, the seats well shaped and supportive and the front pair had a reasonable adjustment range. Room was good.

Visibility was clear with a low waistline and big windows, good wipers and wash and bright headlights.

Noise levels were high from the tyres and suspension but the engine and wind noises were low. 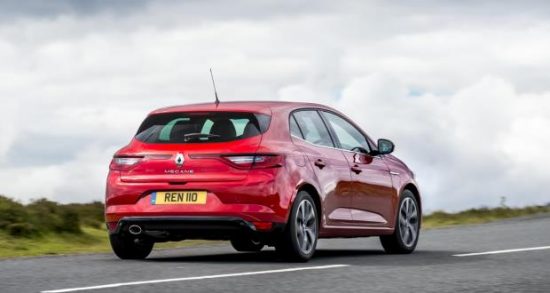 The handling was safe and surefooted, the Mégane tended to stay neutral through tight turns unless you went into them quickly but lifting off simply brought the nose back on line without drama.

It absorbed bumps quite well with a slight firmness initially but generally it coped well. Those familiar with older Mégane models may consider it not as softly sprung or compliant but it did not have a strong rolling sensation on bends.

Renault has always been a very popular brand in the UK, its oldest British dealership is in Kidwelly, so the new Mégane bringing more room and refinement will be a very popular choice, particularly as there is nothing to really dislike about this family hatchback.