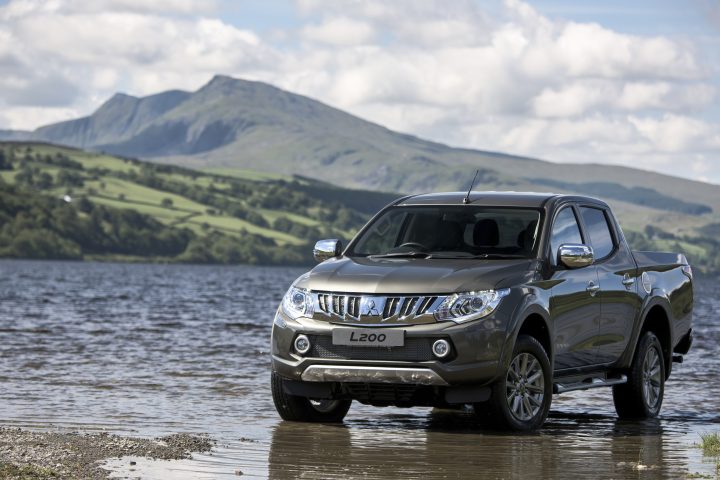 It takes a special sort of vehicle to survive, challenge and virtually dominate a sector of sales, and that’s what the Mitsubishi L200 has done for decades, writes Robin Roberts.

It’s about to be reborn for the sixth time, but before it is I wanted to see what the Series 5 offers to explain its stranglehold on the sector which is a combination of workhorse and lifestyle, and often both.

It originated in 1978 but only came to the UK towards the end of the century, having been built in Japan, Thailand and South America and acquiring Chrysler and Dodge badges on the bonnets along the way.

Most recently it reconnected with Chrysler as part of Fiat Chrysler Automobiles and was the basis for the Fiat Fullback, both being made in Thailand.

Over the years it struggled with its size in some markets where it was too big but it survived, was reincarnated each time and moved on to more success.

The fifth generation L200 is a formidable range for enthusiasts and runs to 20 models in 2-door single cab or 4-door double cab versions and open, roll top or cab-pick-up bodies. There are five trim levels. 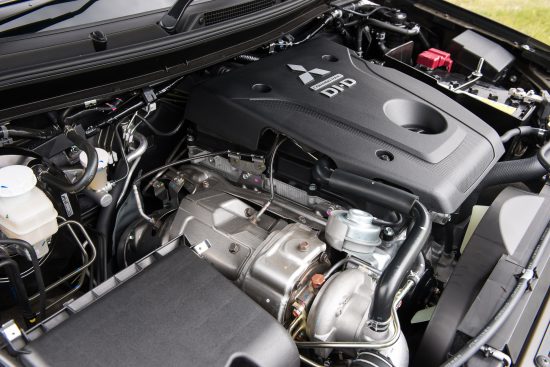 A common 2.4 Litre engine comes in outputs of 151, 178 or 181 PS and share a common five-speed auto or six-speed manual gearbox, so it’s really a wide range to suit a huge market, which explains its popularity over two decades. Add to that its legendary toughness, true all-terrain ability and a butch-body and you can see why it dominates.

But that is to do it a disservice as well because the Mitsubishi L200 Warrior DC Auto tested is a very good, well-specified model with features found on many higher end cars.

If you accept that the big L200 is going to give you a bumpier ride than in many SUVs and vans, then you’ll not be disappointed, but I have been in harder hardware with a pickup body.

In everyday use the L200 copes with most main roads and motorways, easily settling down to the legal maximum, and not shaking you about until it comes across poorer surfaces when the big wheels and tyres pound the potholes and the springs stiffly transmit the terrain to the interior.

The L200 feels and rides tall with little body roll but a skipping action on tight turns where the surface is poor and taken at speed. Although a long wheelbase, the L200 does not smooth out the bumps unless its loaded and it does take a serious bit of weight. That’s easy to put in the back – ours came with a protective liner – and is highly recommended for any  purpose. 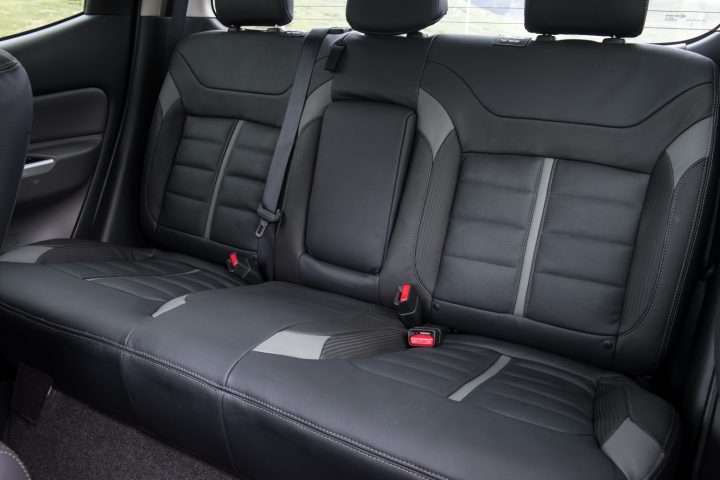 The drop-down tailgate can provide a good sitting or viewing platform as well. Access to the interior requires a good leg-up but the doors open wide and once inside the room is good for three behind and two infront, where the seats have reasonable adjustment room and all are well shaped to locate occupants and soak up the road bumps.

You ride high so have a good view of the road and surroundings with excellent automatic wipers and Bi-Xenon HID headlights for poor conditions. 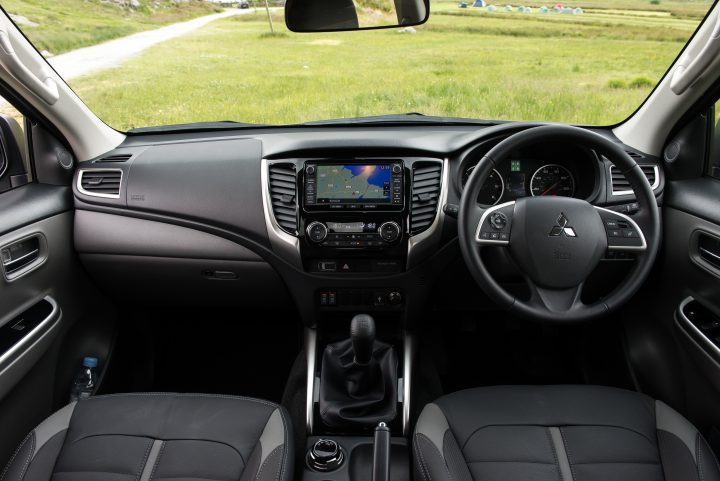 The main controls immediately fall to the driver’s hands and feet, and the steering has a large turning circle but power assistance is very good if a bit vague. Brake pressure is good and well balanced between assistance and effect, with a solid feel to the stalks’ operation.

The Mitsubishi Super Select 4WD system is a simple rotary controls which provides mode and range control at the turn of a wrist to cope with a changing surface.

Secondary controls infront of the driver are big and clear, the minor switches scattered but clearly marked and the heating and ventilation does a good job.

In a pickup you want plenty of oddments space and the L200 is good, but not generous, particularly in the back. 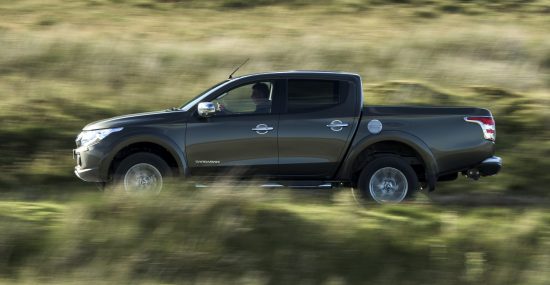 For the driver, the well-proven 2.4 litre four-cylinder engine is a beefy bit of kit with 430 Nm at 2500 rpm and 181 PS maximum and while it can be noisy when revved hard, it is less so if driven with more restraint, and even quiet at 70mph.

The engine’s characteristics mean it revs very freely and is eager to change up, which also means you are heading towards a more economical overall fuel figure and we were happy with our near 32mpg figure even if it’s some way off the official combined test figure of 37.7mpg.

Stray off regular roads and its cross-country ability is hugely impressive and capable, its articulation is awesome, its climbing and descending eye-popping and it’ll wade through 60cms water, over half-metre.

You always feel in control in the driving seat and that’s encouraging for every user and passenger. With a 3.5 tonnes towing capacity it will take most common trailers. 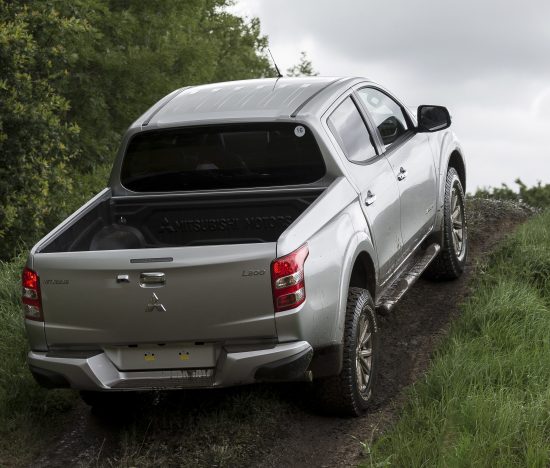 For owners it provide a good daily workhorse if carrying building materials or towing generators or suchlike and weekends you can fill the back with off-road bikes or personal water craft, and add a camping trailer. With such versatility and ability it’s easy to see why the Mitsubishi L200 fills so many roles so well and why it has been a success, doing well with residual values, and sets a high target for the incoming Series 6.