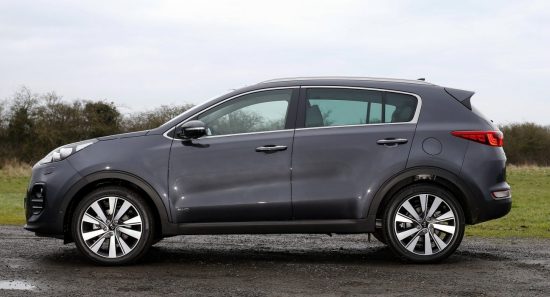 We all know it’s the little things which really can make a difference and Kia has taken this fact to heart in the Sportage.

The fourth-generation of their best-selling model had a lot to live up to, but listening to owners’ opinions and to some extent media reports Kia has come up with another winner and a very tough model for its rivals to challenge.

Since the beginning of 2016 the latest Sportage has offered more space throughout, greater dynamic pleasure and comfort for driver and passengers and improved on refinement without substantially raising prices. It was a big ask to better what came before, but Kia has succeeded and is reaping benefits, and so are buyers. 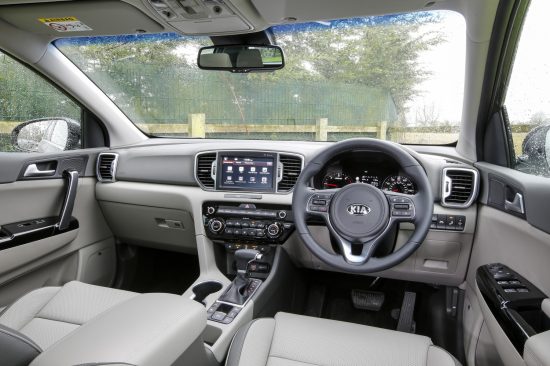 There are now over 20 variants based on six engines, three gearboxes and seven trim levels with 2WD or 4WD transmission. We were sent the top model as the luxury SUV sector is one of the few expanding sales sectors as owners move from executive cars and bulky 4x4s into the more practical but no less capable SUV models.

The comparatively small 2.0 litre TD engine was not the quickest from rest in a model weighing close to 17 tonnes, but it was remarkably refined and on the move its pulling power soon became evident when you needed to overtake.

Using automatic or semi-manual mode the gearchanges were imperceptibly smooth, quick and quiet. It had good ratios for overtaking on country or urban main roads and was long-legged on motorways so its economy never went below 40mpg and at times was heading towards 50mpg at a steady 60mph.

The reworked power steering is now more precise and gives better feedback while the big brakes hauled it down without drama or fuss and the KX-5’s electronic parking brake was effective on our usual steep test slope. 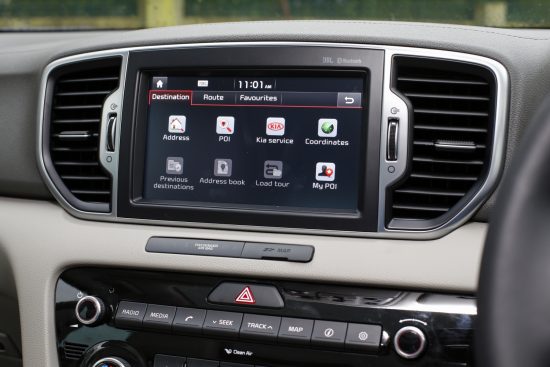 Secondary controls around the column all worked easily and quietly, the fascia and wheel-spokes held a multi-tude of buttons and needed familiarisation but the instruments’ display infront of the driver and on the infotainment large display atop the console were clear and straightforward at all times.

Heating and ventilation was easy and the climate control really worked well in the big cabin with good output, control and temperature selection, backed up by powered windows all-round on this version. 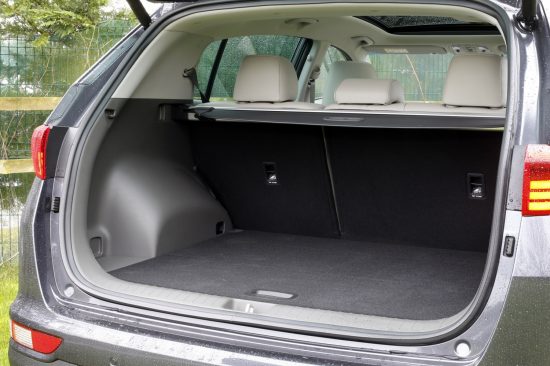 Oddments room was good for a family car whether in front or back with good sized and plenty of places to put things. The easy to load boot had a power tailgate on KX-5 and it is a blessing when your hands are full. 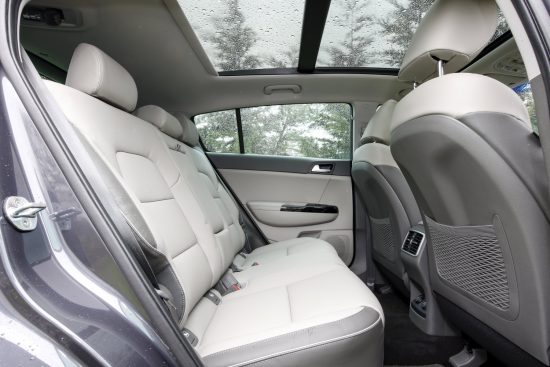 Access to the rear seats was good and even better for those infront and no-one complained about a shortage of leg or headroom.

Visibility was clear for everyone and while I loved the remarkable clarity of the reversing camera and the proximity alerts built into the mirrors and sensors on the bumpers I still found small blindspots at the corners and out of sight very close to the bumpers.

Road and wind noises were low but the lack of most mechanical noise made them stand out more than you might otherwise notice, but the Kia Sportage is a very quiet car overall.

Its strut and multi-link suspension handling has improved and its sharper and more focused than before, its 4WD keeps it firmly planted on the road and has no real vices when you’re hurrying along. The ride is remarkably smooth over all roads and even bad surfaces rarely jarred. 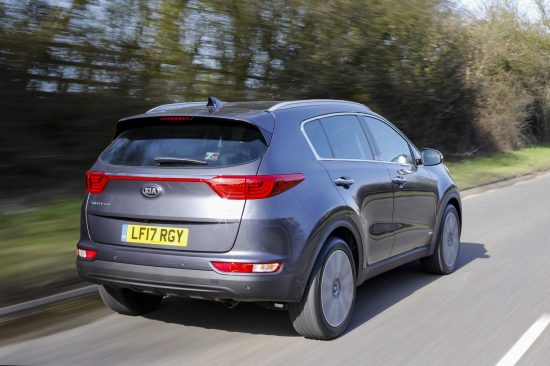 With the KX-5 you get a lot of automatic safety features and even a self-parking system so it really lacks nothing and delivers more than many rivals costing a lot more.

If you need to count on the little things when driving, it all adds up to good value and enjoyment in the Kia Sportage KX-5.