The electric car offensive is intensifying with latest models such as the Kia e-Niro now offering a practical alternative to conventional cars. 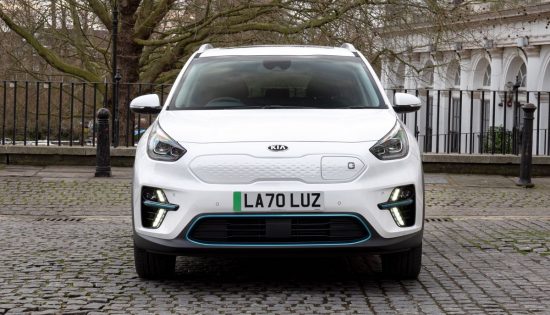 Ok, its price is potentially a major barrier compared with petrol or diesels including the Niro ICE series but if you have a business or the freedom to choose what you drive, then the e-Niro is undoubtedly one of the best modern low-emission choices you could make.

HM Government changes putting a £35,000 ceiling on models eligible for a £2,500 Plug-in Car Grant mean only two out of four Kia e-Niros qualify for assistance and in future maybe only the cheapest grade 2 with 39kWh motor will benefit costing at the moment £32,845.. 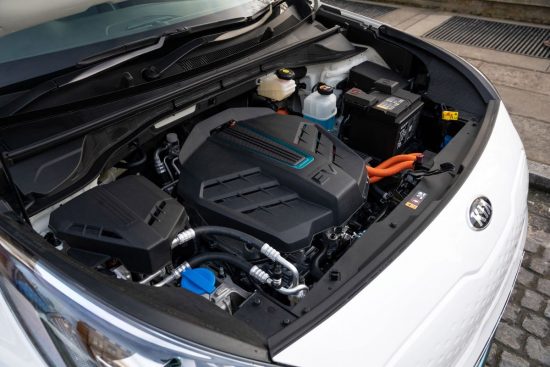 Kia has been one of the quickest adopters of electric traction, beginning with its 2014 Soul model and it’s now rolled out their in-house ev-technology to the family series where it will probably make the most money. It deserves to.

The e-Niro is very good, bringing a new generation to existing owners who may have earlier experiences of models with modest or short range between recharges and who have been worried about making longer journeys without dramatically altering their lifestyle.

Now any compromises are far less intrusive and Kia is making it as easy as possible with the standard supply of two types of charging cable, for a three-pin socket or a rapid charging outlet while some manufacturers short-sightedly offer just one.

The Kia electric motor is an almost instant starter and  immediately punches out useful torque and power for a smart getaway. You can select eco, normal or sport modes to change the responses, extend miles or quicken up and it has a respectable turn of speed to keep up with traffic in towns, rural areas or on main roads and motorways. You’ll not really find it lacking anywhere. 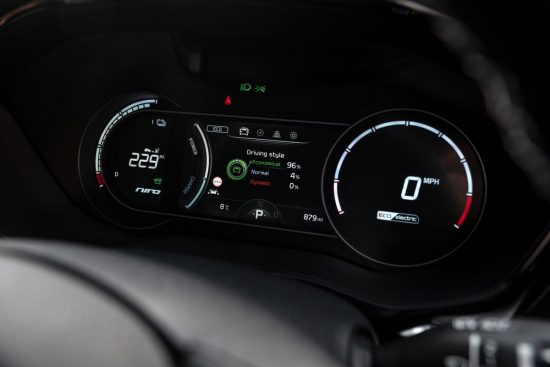 It has a higher kerbweight due to the battery pack and this slightly hinders performance but it has a convenient charging port on the front where you’d expect a grille to be be and we found it very easy and quick to use. After a day’s driving starting with 223 miles it ended with some 150 miles but climbed to 290 miles overnight, when its cheaper to recharge.

With the average commute under 30 miles that gives potentially nine days of use between recharges. For longer journeys it can attain 80% charge in 54mins with a 100kW point or 75mins on a 50kW post.

The growing network of free and paid for charging points means you can better plan a journey with stops than ever before. 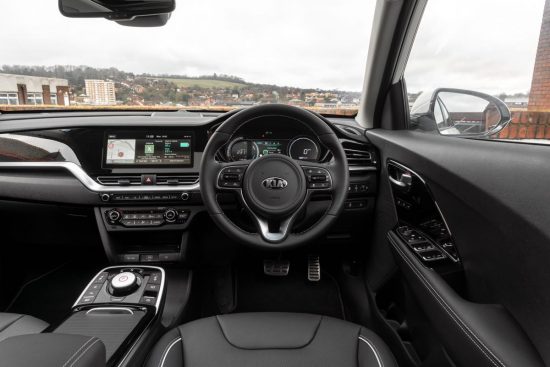 For a driver, the Kia e-Niro compromises are less than you might expect, it does offer a lot of equipment and matches many executive models with its quick acting climate control, good output, temperature and directional ability, powered heated front seats and wheel, big multi-purpose infotainment screen with wifi and satnav, plug-in power and USB ports.

It even has an inductive charging pad for suitable phones and the instant connection and quality of the link are very good. 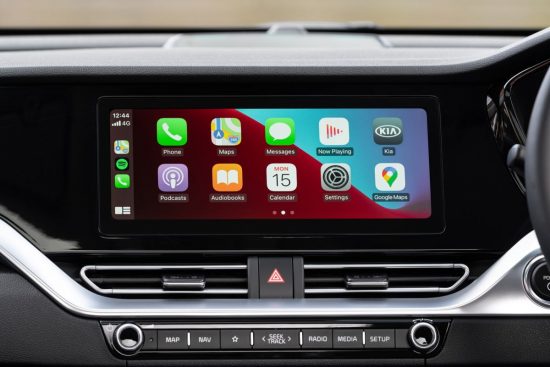 I was not so impressed by the multitude of push buttons to select features in the infotainment system which seemed slow to react and sometimes needed a couple of attempts to work. You could have whole or split screens and some features operated through buttons on the wheel spokes as well.

It seemed over complicated and I dread to think what it would cost to replace the head if one thing went wrong.

Driving the Kia e-Niro was much easier by comparison. So long as the ignition key is adjacent there is a button push start/ stop, a rotary dial for Drive or Reverse and simply depress the throttle to move. Automatic parking brake is applied for hill-hold and there’s an electric brake if required.

It steers very well with sensitive feedback, a good turning circle and no unwanted vibrations while the brakes combine with the electric engine’s inbuilt retardation to quickly slow it when needed. 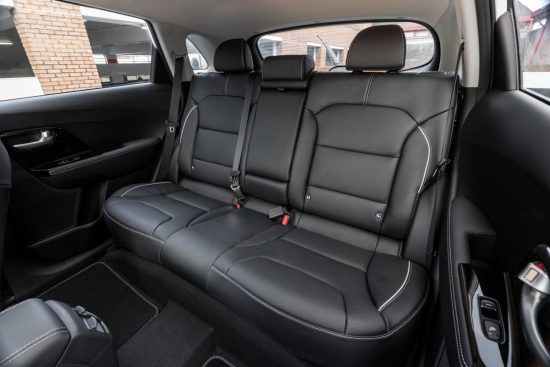 Ride quality is distinctly on the firm side and not as soft as you might expect in a family car, but more akin to a sporting model, so road rumbles are the most obvious intrusion when moving and when stationary the motor’s background whirr reminded one passenger of a diesel-electric locomotive in a station.

Wind wuffle was very low and there was otherwise no noise generated so on well surfaced tarmac it literally glided along. 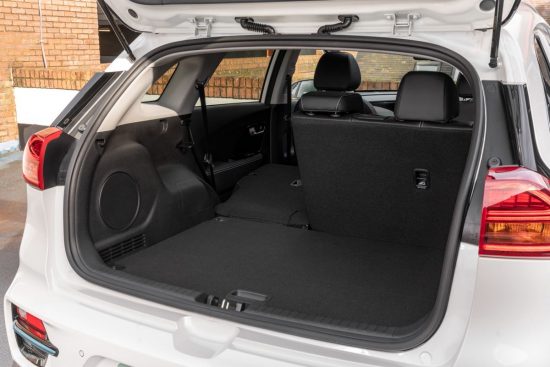 Getting in and out was very easy with wide opening doors and a high lifting fifth door which revealed an average sized boot with cable store beneath and offset split back seats which quickly dropped almost flat to increase capacity.

For people, the Kia e-Niro was roomy throughout and came with powered multi-adjustable seats which shaped around their occupants and offered a lot of comfort for longer trips. Its abundance of oddments space in the back or front was impressive and lived up to its family role. 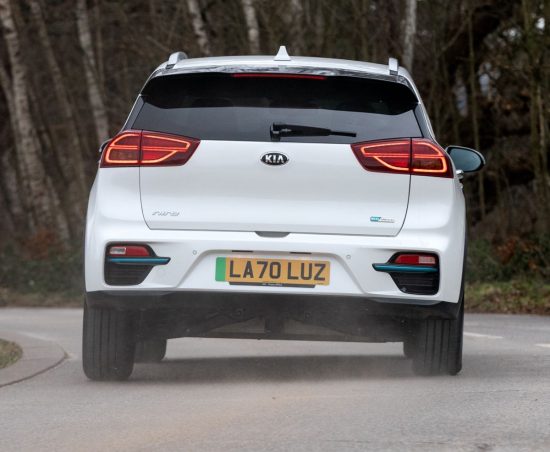 Visibility was helped by good lights and wipers together with the demisting in the air conditioning and powered windows all-round.

The sensors alerted to traffic and objects close to the car and the coloured reversing camera was very precise with its projected markings.

The Kia e-Niro with 64kWh motor is very good at what it does and a step up from what has gone before, but significantly also what some rivals have put on sale.