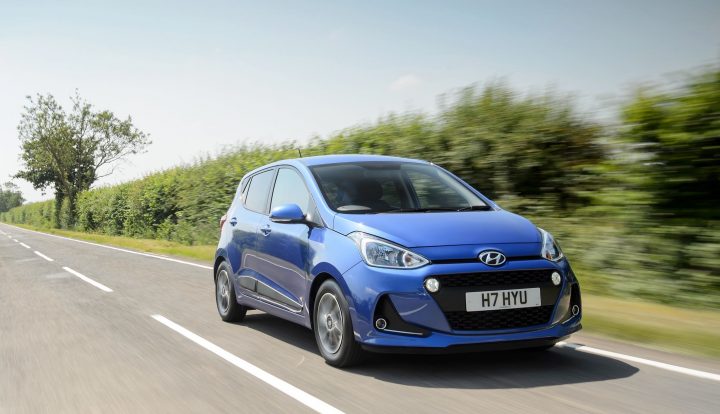 Schools are out and holidays are here, time to Play.

The carefree approach mayn’t be what Hyundai had in mind but their city car is certainly light hearted and cheery.

The i10 series is entry level to Hyundai range and comes in no less than seven trim levels, Play is second tier, with 67ps 1.0 litre or 87ps 1.2 litre petrol engines, 5sp manual or 4sp automatic transmission in a single five-door body. 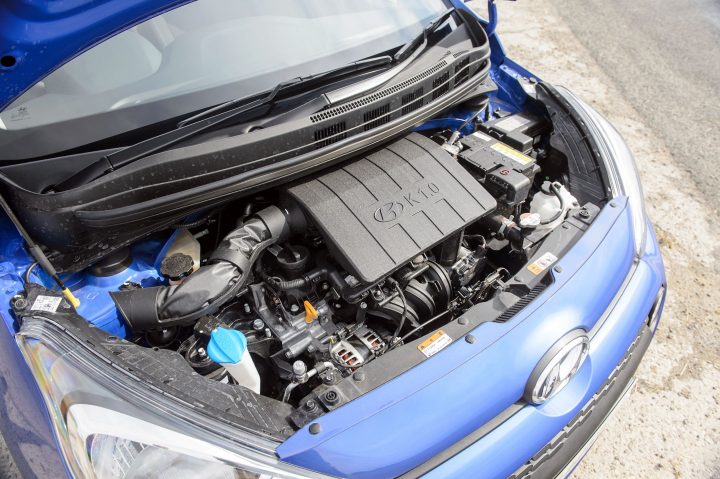 The Play’s 12v 67ps 998cc engine develops 95Nm at 3500rpm so it’s busy unit and you find frequent changes needed to maintain good progress, but with a light though long-travel clutch and a fairly direct gearchange that’s no real effort and I would carefully think if choosing the more powerful 87ps 1.2 Automatic was worth the money.

The power steering contributes to the agile feel of the five-door only city car, and although it lacks feedback at speed it produces a tight turning circle when parking in town and not much vibration or kick-back over bad surfaces.

Brakes were well balanced between progression and power, slowing it quickly and with utter control and the conventional handbrake was effective on our usual test slope.

The suspension soaked up most bumps and only the deepest potholes or tarmac ridges were felt so a motorway run was a very smooth journey and did not stress the engine at the legal limit.

On secondary roads and moving through the gearbox you are required to stir it along on the stick to keep up with some traffic due to the modest engine capacity, and then you notice the limits of torque and power, particularly on long gradual ascents. On flat roads in town it was more than capable of holding its own and flowed along without a care. 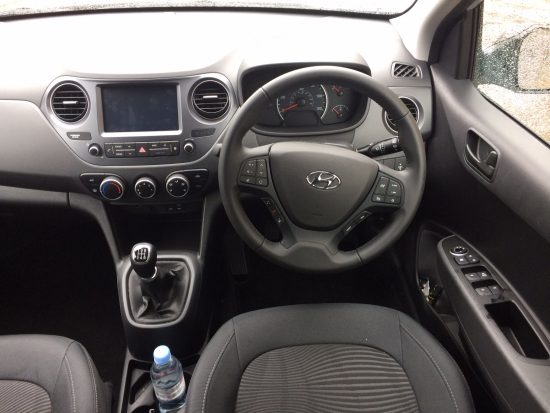 The major controls came easily to hand and foot and the convenience of the secondary switches on the spokes or column was appreciated with only a few buttons hidden on the right lower edge of the fascia. 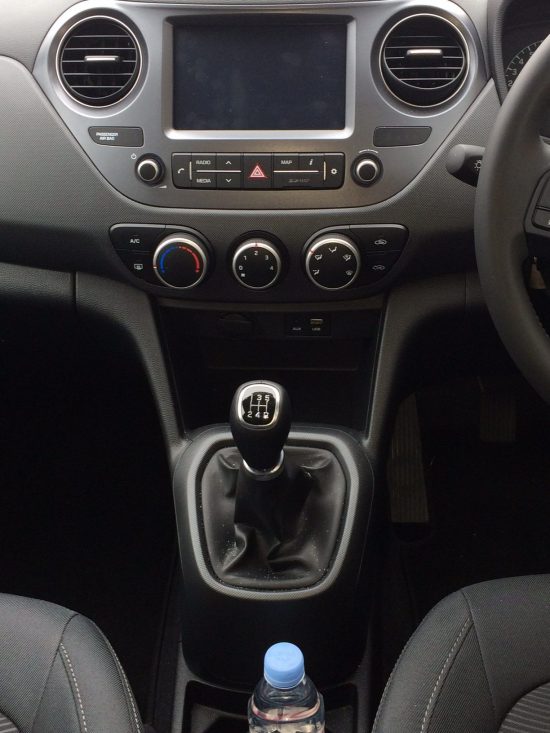 I liked the stand-alone heating and ventilation controls independent of the touch-screen for infotainment and the system in conjunction with four powered windows kept the interior at a comfortable desired temperature with minimum fuss and a lot of precision. In fact, the simplicity and effectiveness would beat many more so-called executive cars’ more complex systems.

There was reasonable oddments room infront, much less in the back and the boot was suitable only for some shopping bags unless you folded down the rear seat backs.

Access was simple although some might find the doors on the small side, and a six-footer could comfortably get set up infront, but would find it short on leg and headroom in the back.

There are three seatbelts across the back but a look at the seats suggests there’s space for only two and you’d have to be very slim indeed to squash in a trio of torsos. 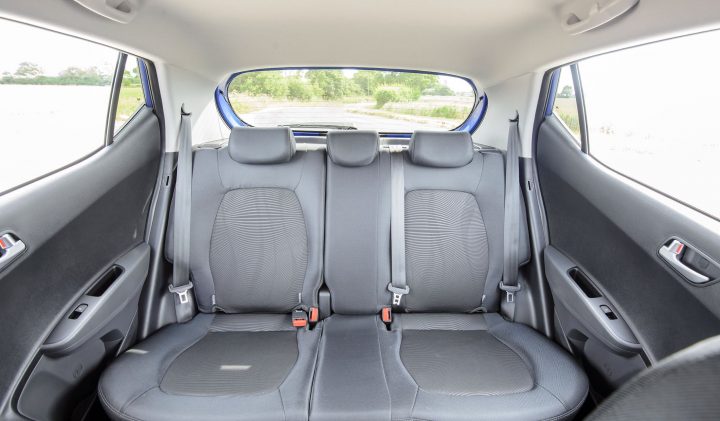 The seats infront had reasonable adjustment range but like those behind the cushions and squabs were not generous or particularly supportive, particularly for taller users. They were adequately padded, however, and ride comfort was acceptable. 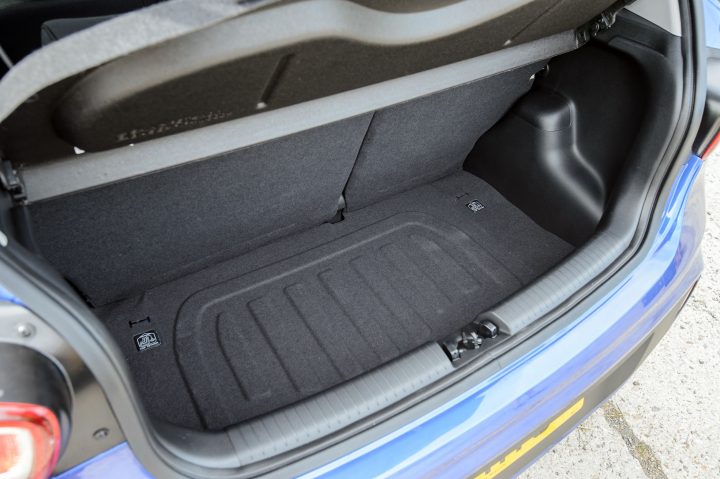 Visibility was good for parking or pulling out into traffic with a low waistline and slim pillars, big wipers and reasonable but not very bright headlights.

Noise levels were mostly confined to low constant road rumbles and the occasional buzz from a hard worked engine, with wind and mechanical sources very low. 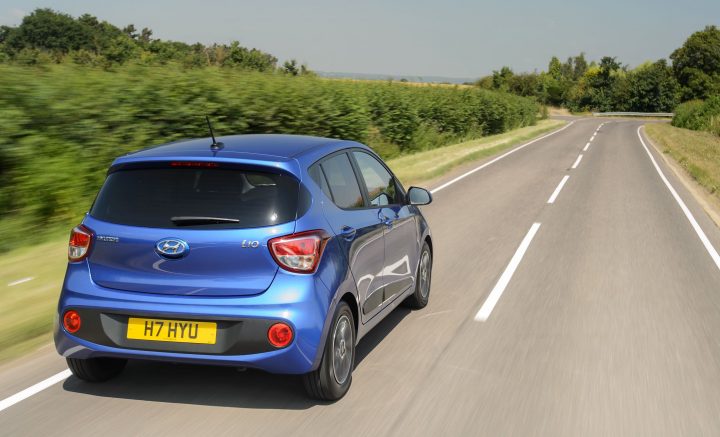 It is one of the best modern city cars at a reasonable price and with its five-year limitless mileage warranty it is a very attractive proposition, particularly as it comes with a very good equipment package to please most users.

So, get out and Play.