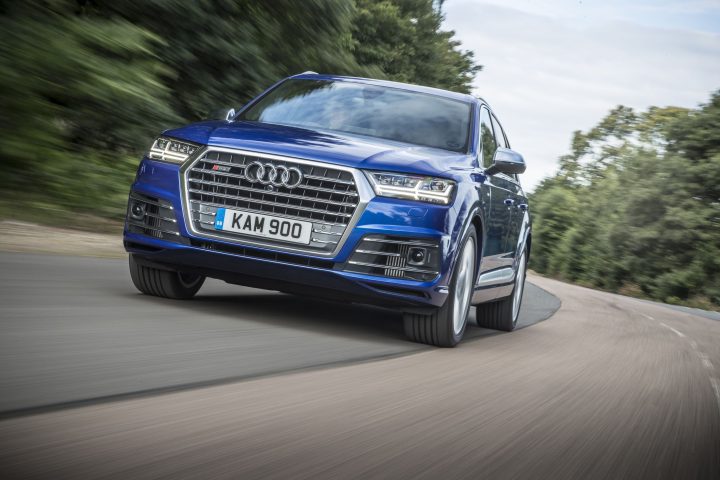 The Audi SQ7 really has given the luxury SUV sector a kick – or more accurately, an electric shock.

It is the first series production car to be fitted with an electric compressor used to eliminate turbo-lag and boost acceleration.

The result has to be experienced to be appreciated, and that’s quite an experience which transforms the 2.3 tonne seven-seater with sports car performance. Even more surprising is fuel economy nudges 40mpg without any particular lean motoring from a driver. 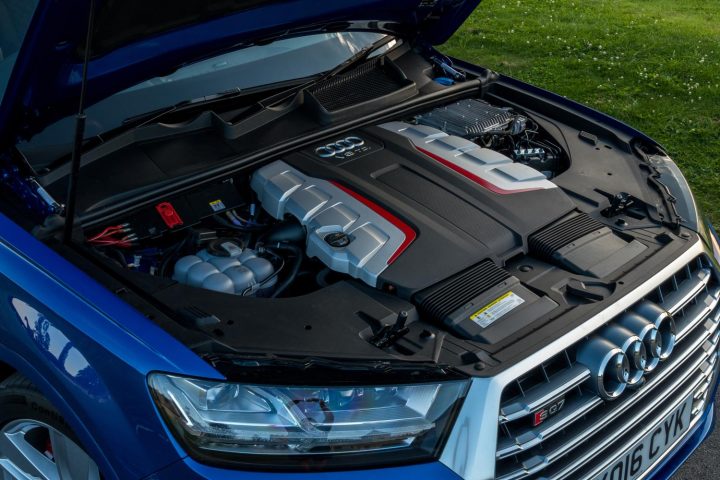 The power and refinement of the engine with its silken eight-speed automatic transmission and permanent four-wheel-drive is matched by a surprisingly feelsome steering and truly awesome power behind the optional and expensive ceramic brakes.

Allied with the quattro grip and finely tuned suspension it can be hurried along with confidence and without drama, especially with the dynamics sports pack fitted.

Another surprise for me was the fact that despite having 21-inch wheels and tyres, our Audi SQ7 actually rode very well and while slightly firm over bumps it always smoothly absorbed the worst tarmac without transmitting spinal shocks to those cocooned in the cabin.

The front optional sports seats had adjustable side and back bolsters to gently embrace the body and offer the ultimate in support. The middle row of three seats was flatter but still comfortable and for the people in the rearmost pair of seats they would need short legs and a youthful ability to clamber in.

With seven seats in use it would be tight on luggage space but drop to five seats and the capacity is much better and it becomes positively enormous when only the front seats are used. A flat loading, wide, and high luggage area is very useful. 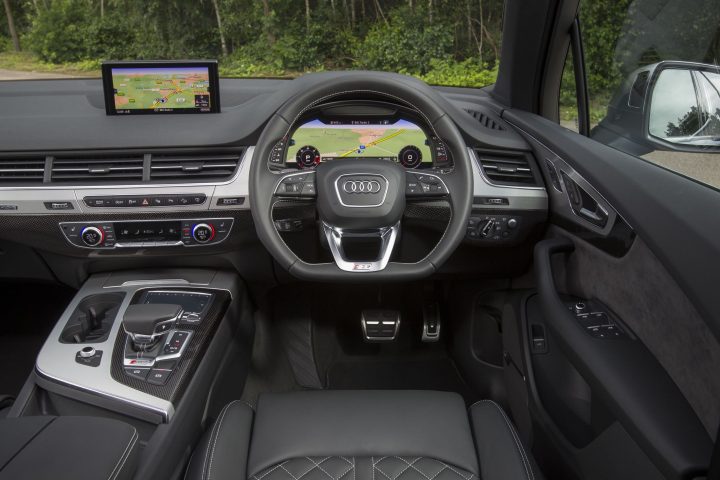 Up front, the driver may feel like a space ship commander with so many controls at fingertips. You have the usual stalks for wipers and lights but there are also touch-switches for heating and ventilation, infotainment and even altering the instruments’ display to suit taste or needs.

Everything is carefully angled around the driver, with stunning subdued lighting and mini-lights for essential controls. The central infotainment screen is big and very clearly displays data, but we noticed the reversing camera lens quickly became dirty and almost useless. 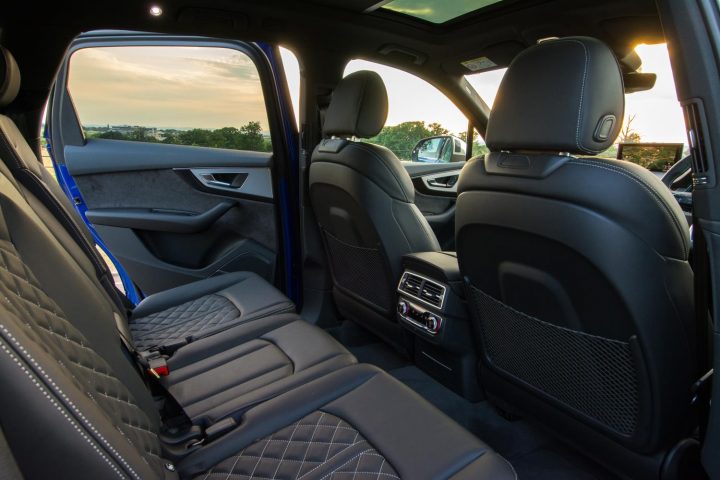 This combined with the size and bulky design of the rear of the SQ7 meant you had to rely on sensors and eyes to safely manoeuvre in the dark when reversing and parking.

There were no issues with forward and side vision. The high driving position, low waistline and big windows, gave good sightlines while the massive wipers and very bright auto-dimming headlights and turning lights made for safe, swift and sure progress in countryside. 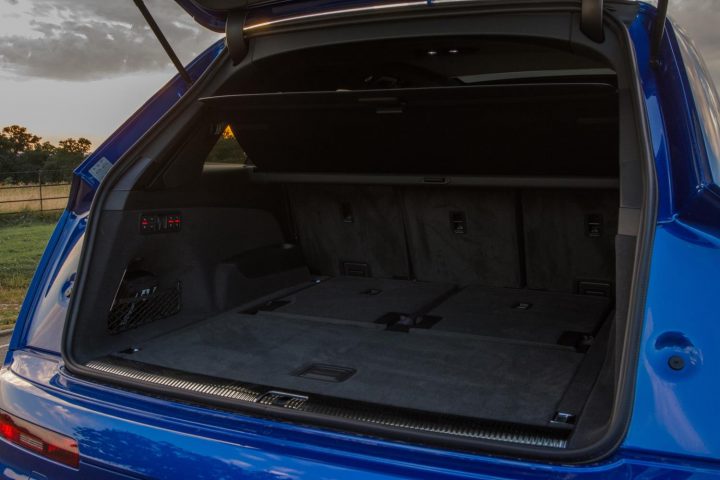 The ability of the SQ7 to get going from standstill was truly impressive and its overtaking power boost through kick-down or manually selecting a ratio in the Sport setting made it very safe.

It would be almost idling at the motorway limit and we did see over 40mpg at times but some heavy traffic conditions pushed this back a bit overall. 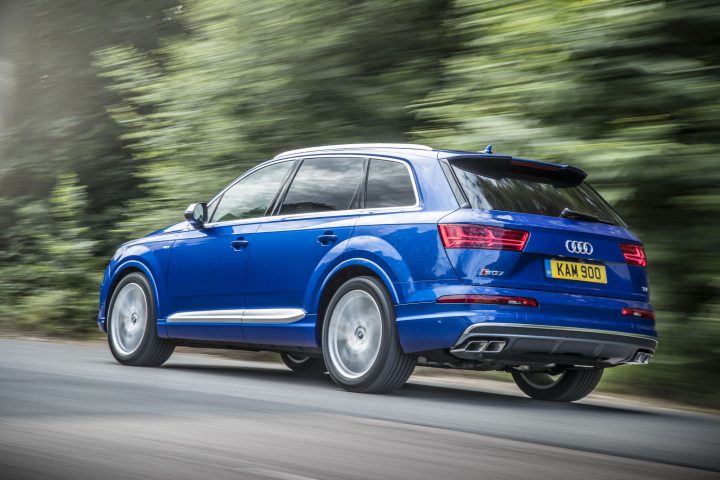 The mechanical smoothness was evidenced by its very low noise levels. Some roar under hard use and a delightful exhaust note, which can be intensified if a driver wishes, were accompanied by a lot of patter from the tyres but it was not annoyingly intrusive, just present in the background.

If you are in the market for a big luxury SUV which is at the cutting edge of design, engineering and performance, the Audi SQ7 with its electric compressor deserves very serious consideration for turning on the light and putting others in its shadow.