Executive cars can be much of a muchness behind their familiar badges and dark windows while some designs confuse what particular model you’re seeing, but that was never the case with the Alfa Romeo Giulia.

Launched in 2016 as the latest four-door saloon from the AR stable it has won numerous European styling and performance awards and it led to the development of the Stelvio SUV as well. 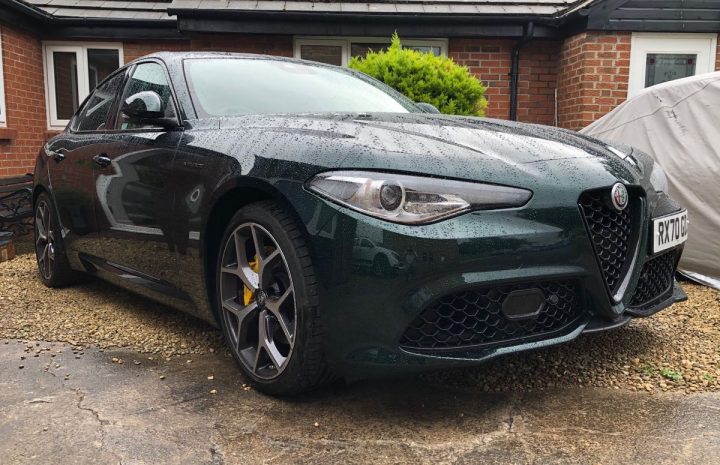 Today’s third generation of the car turned heads from pedestrians and other drivers during our test and that’s saying something for a car about a quarter the price of a super-car.

The Giulia range in the UK is fairly small but significant with rear wheel drive and four-wheel-drive models for everyday and enthusiastic owners. 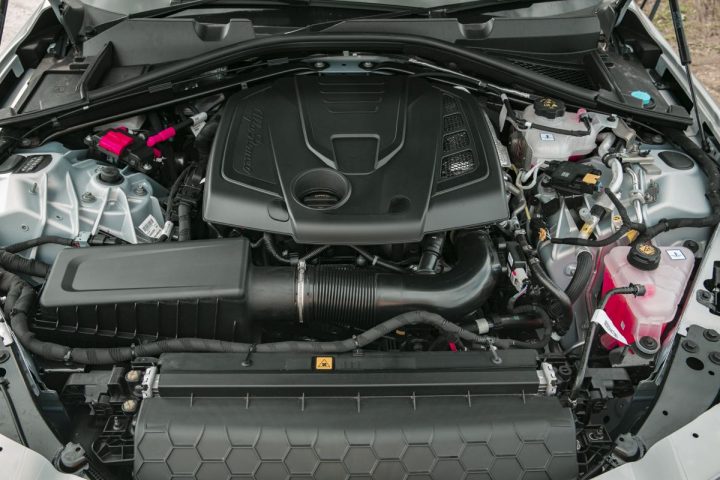 It looks stunning inside and out but more importantly it is also a very good drive. The familiar four-cylinder multijet petrol engine packs a good punch of 400Nm at 1750rpm if you want to use that.

Driven with restraint it is brisk but that changes when you floor the throttle to overtake slower traffic and the power pours out, quickly hitting the national speed limits accompanied with a delightful roar from the rear.

The absolute performance is very good and it still managed over 30mpg, sometimes heading towards 35mpg.

The 2.0 litre engine was not only strong but for most of the time was very smooth and generally quiet, but on a few occasions when steady running it suddenly and inexplicably dropped about 400rpm and to all intents and purposes had misfired.

Much of the liveliness of the Giulia is down to the excellent set of gear ratios in the eight-speed automatic transmission which always seemed to have something to exploit a situation, whether easing through urban traffic or extending the car on longer cross country trips and the column paddles were delightful to use when desired.

Gearchanges up and down the box were very smooth, quick and quiet while the steering delivered excellent feedback without any vibration but I would have liked a tighter turning circle in confined spaces. 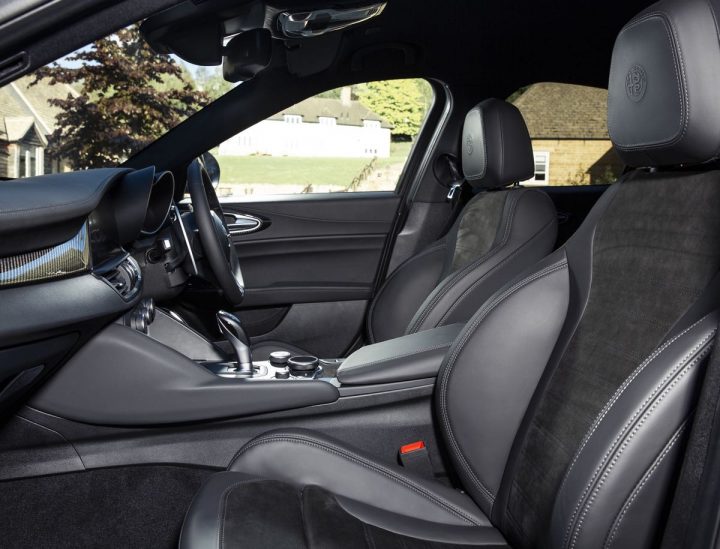 Underfoot, the big disc brakes hauled down speed very quickly, with utter control and no signs of fading after frequent application. The electric parking brake was strong and worked well with the stop/ start function of the engine/ transmission.

They cleared a big area of windscreen very well and the lights were excellent at night with long wide beams to illuminate the darkest stretches of road. 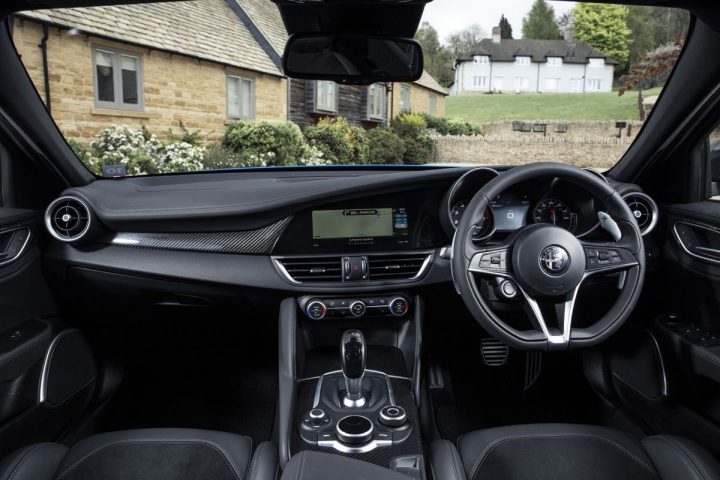 Inside, the instruments were also well lit at night and the main gauges were big and clearly marked up for easy reading with between them a central multi-mode display to highlight chosen elements.

The big touchscreen on the console top was bright but somehow managed to look cluttered when being used. It integrates with a user’s phone which can be inductively charged if desired and the car is effectively a mobile hotspot for searching fuel stations, hotels and suchlike.

The car’s climate control system was straightforward to use and very effective with a wide-ranging temperature control, distribution and output throughout the cabin without being too noisy. Our test car was fitted with optional climate and convenience packs at £2,390 on top of the standard on road price of £42,575. It was backed up by powered windows all round. 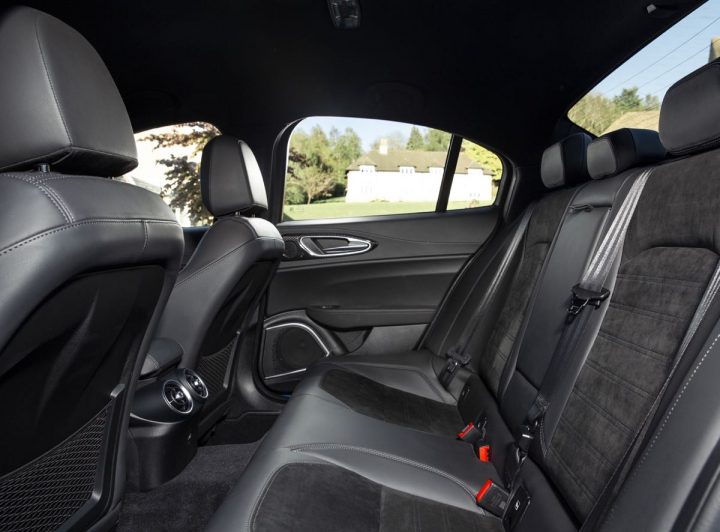 Oddments’ spaces were a little challenging to find if you had anything larger than a small bottle or cup to put down but at least there were seat-back pockets and a modestly sized console box between the front seats.

The seats deserve special mention for their extreme comfort, support and adjustment infront including a retractable under-knee pad, the base cushion and back padding. Even those in the back remarked how comfortable they were.

Access was very good throughout unless you were very tall and might clip your head on the roof getting in or out, but once seated the leg and headroom was good. The back seats take three fairly easily but are better if the middle is empty. I liked the versatility of the folding 40/20/40 seat backs which compensated in some way for the modest boot capacity with its low height and opening aperture. 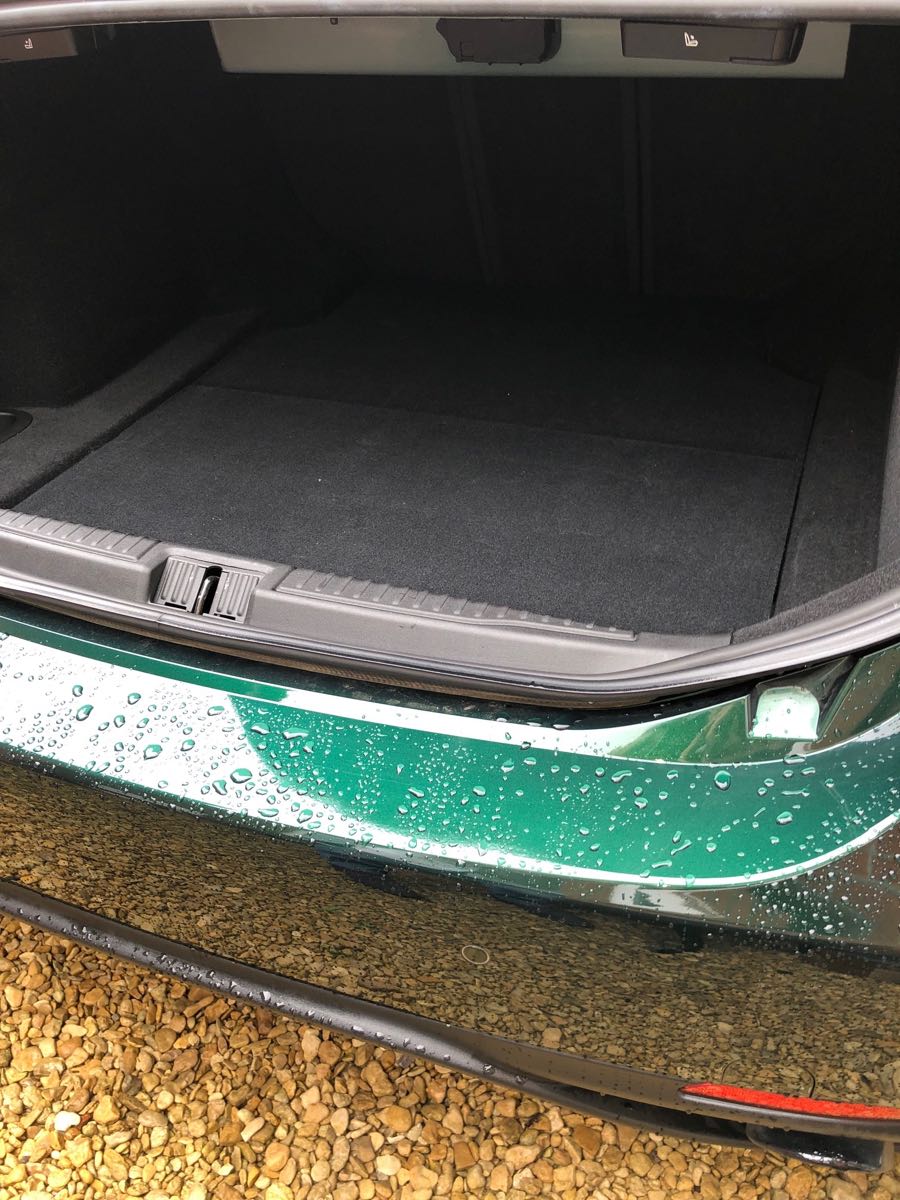 On the road, the Giulia was lively and agile with no real vices apart from that wider than anticipated turning circle but its handling was faithful, the grip very good for a rear wheel drive saloon and it behaved impeccably if you lifted off mid corner and the nose tucked in.

It soaked up the bumps and potholes on the road and although it was firmer riding the comfort was good for occupants, thanks to the well padded seats, and limited body roll around bends.

The Giulia felt very well put together and beautifully finished but during test the remote boot opening decided to have a mind of its own and refused to open automatically without a helping hand. 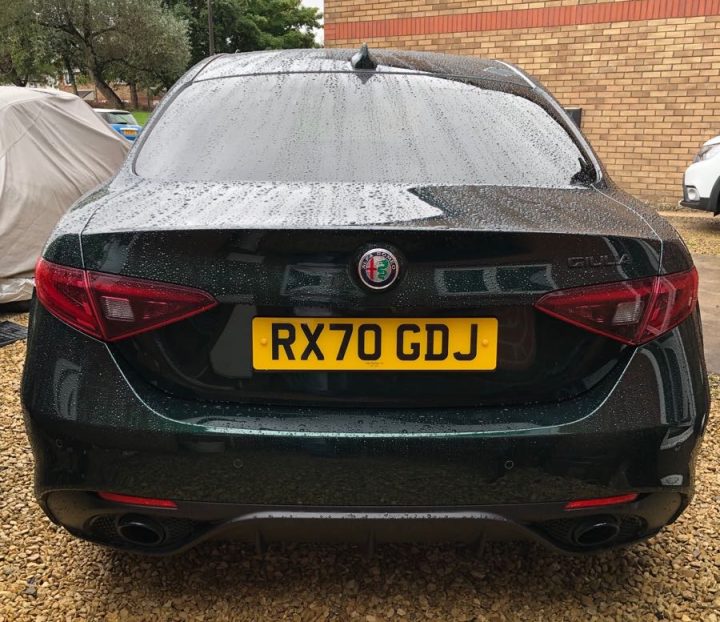 Together with the occasional misfire this detracted from the driving experience but I believe either would be corrected with a bit of TLC from a techie.

Then you’d have a sporting saloon with head-turning looks and which can make your heart beat a little bit quicker than most other executive saloons.