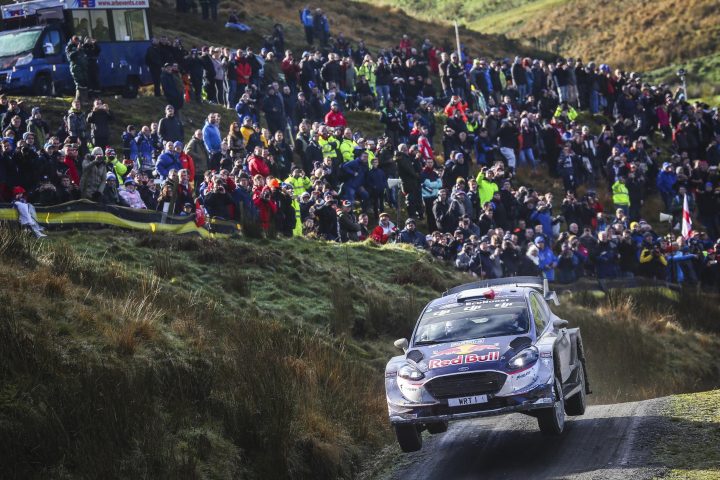 Visitors to this week’s Autosport International Show at Birmingham’s NEC will be treated to a very special sneak preview of the 2018 Wales Rally GB 4-7 October.

All the WRC stars will be present today to launch the eagerly-anticipated 2018 series which blasts off with the world famous Monte Carlo Rally later this month and then travels the globe before returning to Britain in early October.

Sébastien Ogier – the virtuoso Frenchman who clinched a fifth World Championship three months ago in Wales – will be officially opening Europe’s premier motor sport show on Thursday morning. He will then be joined by all his WRC rivals on the main stage as the four top teams representing Citroën, Hyundai, M-Sport/Ford and Toyota reveal their new 2018 cars.

With a full house of WRC crews present – including home heroes Elfyn Evans and Kris Meeke, both now WRC winners – it promises to be a remarkable occasion that no rally fan will want to miss.

What’s more, several of the leading WRC2 runners will also be present including Volkswagen Motorsport who will be displaying its latest Polo GTI R5 for the first time at a major motor show. Proton will also be featured with its brand-new Iriz R5.

“The official WRC launch at Autosport International will really whet the appetite for 2018,” enthused Wales Rally GB Managing Director, Ben Taylor. “This new generation of amazing WRC cars delivered some epic action in 2017 and expectations ahead of this season are sky high – not least as we have two winning British drivers to the fore.

“To have all the stars and their new cars at the NEC is a real bonus for all UK rally fans. And these spectacular machines will be roaring through the Welsh forests on Dayinsure Wales Rally GB at the start of October.”

Once the 2018 cars have been unveiled and crews interviewed about their own expectations ahead of the forthcoming World Championship, the spotlight will switch to the Wales Rally GB stand in Hall 8 where the new 2018 WRC and WRC2 cars will be on public display for remaining three days of the hugely popular show.

Highlighting the very best of UK rallying, this stand will also feature a selection of high profile cars and stars from the Prestone MSA British Rally Championship. The presence of BRC is all the more pertinent as this year the series will reach its conclusion in Wales on the World Championship event.

Tickets for Autosport International, Europe’s biggest pre-season motor sport show, are available from the www.autosportinternational.com website. Tickets for the 2018 Wales Rally GB will go on sale when the competitive route is revealed in April.