You are here: Home / Industry / VW’s rarest model you can chew over 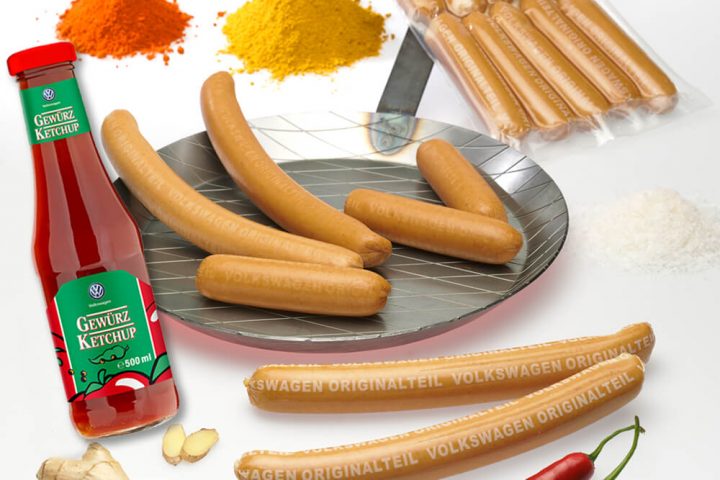 You might be surprised to find that Volkswagen’s part number 199 398 500 is not intended for your car, rather for the hardworking factory attendants building each new model.

It isn’t what you’d expect from the car-making giant, comes slathered in the car manufacturer’s very own ketchup, usually with a side of chips.

It is a pack of the Volkswagen Currywurst—a sausage being dubbed the most iconic in the world and, most recently, featured in Richard Hammond’s new Discovery Channel show Big, in which the well-known presenter takes a look at some of the biggest infrastructures in the world, and just what goes into their upkeep.

Made in Volkswagen’s Wolfsburg plant where food has been produced on site for its workers since opening in 1938, the flavoursome Currywurst has seen consistent increase in demand and intrigue. Tonight at 8PM, UK audiences will feast their eyes upon the most unusually lucrative business venture the car manufacturer has undertaken.

For a limited time, that iconic lunch item (along with its accompanying ketchup) is available to purchase from The Sausage Man—not just to businesses across the UK, but to domestic customers also.

“We had to offer such a unique opportunity to try the Volkswagen Currywurst to consumers, too.” Assures Michael Juska, Managing Director at The Sausage Man. “With Richard Hammond featuring the sausage in his new show, I’m sure so many viewers will be curious to try. It fits in perfectly as a guest to our existing line of premium sausages.”