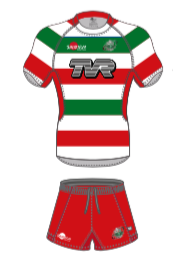 Ebbw Vale RFC has followed this year’s championship winning campaign in the Principality Premiership by announcing that British sports car manufacturer TVR will be its main sponsor in the 2016 /17 season.

The news reinforces TVR’s commitment to the local community following its announcement earlier this year that it is to manufacture its new vehicle, engineered by Gordon Murray Design and powered by Cosworth, in Ebbw Vale, and which will have its public launch in 2017.

Commenting on the news, Ebbw Vale RFC Director and Chairman Jonathan Jones said, “As a club we are delighted that TVR has become a partner and feel it is fitting that a club that derives its nickname from the steel industry, which was once the main economic driver of the area, will have strong links with the iconic TVR marque.

“TVR’s facility will help to re-energise the area economically in the coming years and we look forward to working closely with the company, helping them develop an enjoyable and prosperous future with the club, its fellow sponsors, its supporters, and with the area as a whole.

“This must surely be the most prestigious sponsorship deal in the history of the Premiership and is an excellent boost for Ebbw Vale RFC and the league as a whole.”

Operations Director for TVR John Chasey commented, “TVR is looking forward to establishing the factory in Ebbw Vale and becoming an integral part of both the local economy and community.

“While TVR cars has traditionally sported composite bodies, they have always been built upon a steel chassis, and the new car will continue to use a steel frame bonded with carbon fibre as part of the iStream process, so the sponsorship of the Steelmen is an appropriate connection we look forward to developing.”