You are here: Home / Roadtests / 2019 / Turning the corner with Alfa Romeo

Car sales are a series of ups and downs but there are strong signs that Alfa Romeo has turned the corner this year, writes Robin Roberts.

A recent independent survey of owners who have used their models for some time concluded that the sporting Italian brand was second only to Lexus in terms of overall satisfaction with models, manufacturer and dealership support.

It was the highest placed European brand in the top ten praised where Japanese manufacturers took six places, Jaguar was rated ninth, and for many Toyota came out a surprising tenth.

So you wonder how has Alfa Romeo transformed from what many considered an exciting but excruciatingly unreliable range of cars pushed out by dealers who dumped them on owners, into the best ahead of the normally prestigious badges from Germany? 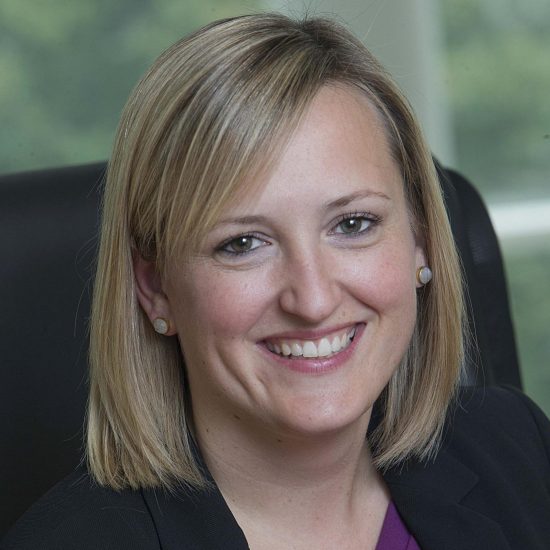 PR director Kate Saxton (right) explained, “Alfa Romeo Quadrifoglio sales in the UK are the highest in Europe and we have a very good, loyal and enthusiastic fan base served by our 53 dealers.

“When we launched Giulia and Stelvio we had some fantastic reviews and these have been a game changer in the perception of the brand and brought us many conquest sales from other premium brands.”

But it goes further than new-car desires to drive demand as Ms Saxton added, “We not only have these really good cars to sell but we have worked very hard at improving residual values so they are attractive to private buyers and companies, they are strong and competitive as well and we have done a lot of work with our finance providers to achieve this for our customers.”

There is the knowledge that further new models are in the pipeline including more SUVs and a Plug-in Hybrid Electric Vehicle.

These are part of a plan to launch five new models across the Alfa Romeo UK range by 2022. So there is much for the enthusiasts and dealers to look forward to.

“There is a lot of affection for the brand among enthusiastic drivers who love sporting luxury but we also need to raise awareness of the brand to drivers who have never considered an Alfa Romeo or even know they have a new sporting SUV in the range.”

The numbers being imported and sold in the UK are comparatively modest for the Stelvio, but this also makes it more exclusive than its rivals and that, in turn, promotes a stronger residual value, which will in time be reflected in growing demand.

So Alfa Romeo is not only turning the corner but is possibly at the crest of hill it has struggled to climb and now looks down on rich pastures below strewn with cloverleaves.

We had a chance to briefly evaluate the two important newcomers for Alfa Romeo and were hugely impressed. 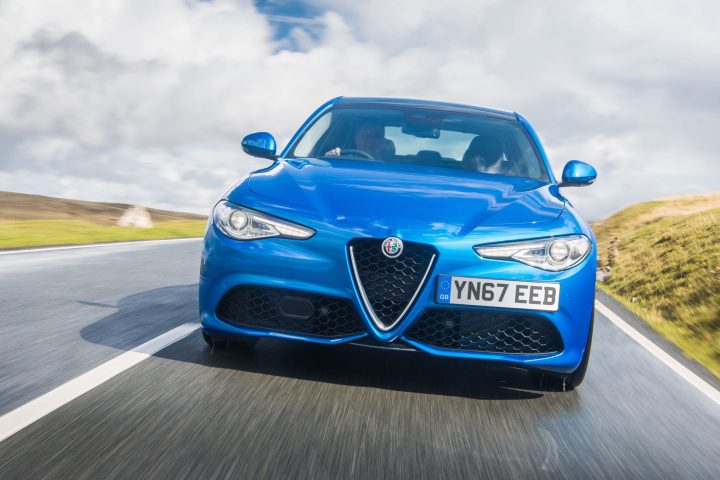 Our first run with the latest Giulia Veloce Ti 2.0T was not able to fully exploit the 280hp four-cylinder model with its 8sp auto-box, but it instantly felt very refined and well developed over some sweeping country roads.

For a four-door, five-seat saloon it behaved more like an agile two-seater sports car but with the big difference delivering space and sophistication. 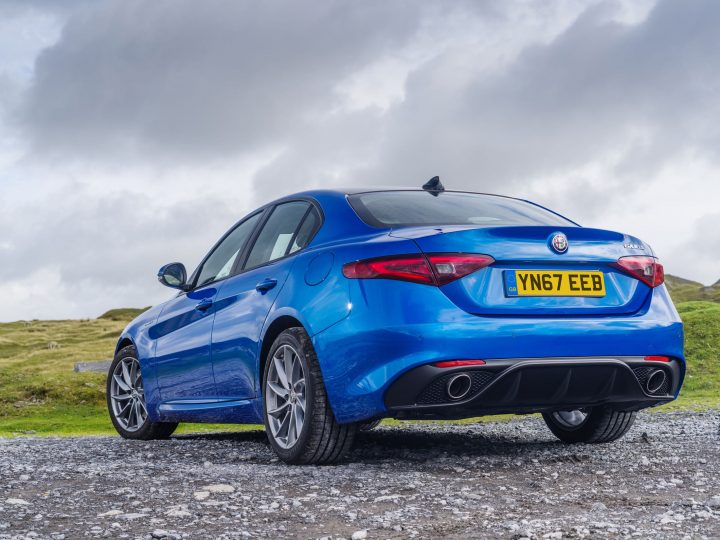 It was quick from standstill, smooth through its gears and handled with confidence and composure.

The 149mph saloon has a reported 0-62mph time of 5.7sec and on our brief run over main and country roads it returned about 28mpg.

Like many high-end sporting saloons it had the optional performance pack to enhance responses and handling and a driver assistance pack for convenience features, and some other extras which added £5,420 to the regular price of £46,005. It’s not a cheap alternative to established models from Germany or the UK Midlands, but it’s a good alternative.

That puts it up against some serious long established competitors but it stands out because it’s lines and look are still comparatively rare on UK roads.

Underfoot it shifts from standstill to 62mph in 3.8secs and onto a staggering 176mph maximum, but it also is a rapid consumer of fuel and on our country run consumed it at the rate of 21.3mpg. No doubt with a lighter foot and lighter traffic we would have exceeded 25mpg, possibly more. 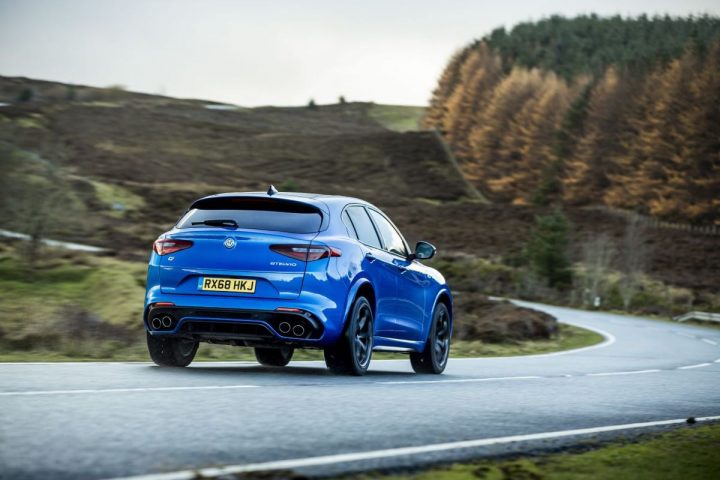 What the figures do not tell you is how agile and able it was to cover ground and cope with traffic, with a selectable system to meet a motorist’s needs in terms of firmness and feedback from chassis to hands. The ZF 8sp automatic transmission was extremely silky, rapid and refined so you did not have to think about changes unless you wanted to exploit its manual mode.

Despite having 20” tyres it was not particularly noisy or hard riding, just sometimes you felt ripples underneath when crossing bad tarmac.

Both were impressive and displayed nothing which would really deter an enthusiastic driver. Count yourself lucky if you test and appreciate the brand with the cloverleaf badge.