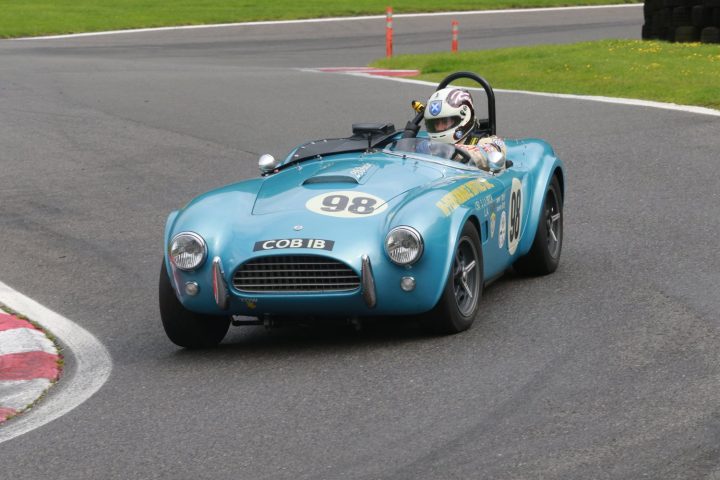 The life of Welsh racing driver Tom Pryce will be celebrated at the Anglesey Circuit this coming weekend, 13 & 14 July, during the first historic racing festival at the North Wales track.

The Historic Sports Car Club’s first race meeting at the spectacular track is dedicated to the famous Welsh Formula 1 racer and will feature a fine array of over 160 single-seaters, sports, GT and touring cars from the late 1950s to the early 1980s.

The focal point of the tribute to Tom Pryce will be a special grid gathering and minute’s silence at 3pm on Sunday. During a break in the programme everyone at the circuit, including drivers, teams and spectators, will be invited onto the grid to remember Tom.

At the front of the grid will be the MGB GT that Tom owned in the 1970s. Following his death, it was entrusted to his close friend Dave Jones and, 40 years on, Dave will bring the car to Anglesey for the weekend.

Among those due to attend will be friends from Tom’s early years in North Wales and surviving family members, who will join in a quiet reflection of this talented and popular racing driver who died in a tragic Formula 1 accident in South Africa in March 1977.

The weekend programme takes in 20 races over two days and is capped by two XL Aurora races for the Tom Pryce Trophy. The HSCC XL Aurora Trophy is for the fastest and most powerful single-seaters of the 1970s, including the mighty Formula 5000s.

Another key feature of the weekend will be the inaugural stand-alone Historic Formula Atlantic races, which will run for the Karl Jones Trophy. As one of best-known racing drivers to emerge from Wales in the 1980s, former British Touring Car ace Karl was inspired by Tom Pryce and will be on hand to present the award named in his honour.

To mark the role of Alan Cornock and Royale Racing Cars in Tom’s progression up the single-seater ladder, the Historic Formula Ford races will be for the Alan Cornock Trophy, which will be presented by Richard Peacock. Not only was Peacock a successful racer in Formula Ford Royales in the late 1970s, he was also central to the creation and development of the Anglesey track.

On hand at the track will be the people behind the newly-launched Tom Pryce Memorial Fund to create a permanent memorial in his home town on Denbigh, while it hoped that his Formula 3 Royale RP11 from 1972 will be on show thanks to the support of current owner Martin Feldmann from Germany.

Finally, to add to the sense of automotive nostalgia, the event will welcome a classic car display of around 40 varied cars from the Automobile Club of North Wales. Qualifying starts at 9am on Saturday, followed by the first of seven races as 12 noon and on Sunday, the first of 13 races will start at 9am.